WATERFOWL THROUGH CRANE
Waterfowl numbers took another dip in recent days, though overall diversity remained above-average for the end of April. An exceptionally late Tundra Swan continued to linger at CMPSP/SCMM through at least 24 Apr (m. ob.). Other tardy waterbirds included an American Wigeon at CMPSP through the period (m. ob.), 4 Lesser Scaup at CMP 23 Apr (m. ob.), and a Red-necked Grebe at Nummy Island 18 Apr (AC). Northern Gannets were again obvious from CMP and the Atlantic Coast through the week, though numbers have decreased since about 20 Apr. Double-crested Cormorants moved north in strong numbers, highlighted by 8500+ from CMP 22 Apr (m. ob.). Migrating Common Loons were again noted every day, with an unprecedented high count of 364 tallied from CMP 22 Apr (TR, GDa et al.). There were several Cattle Egret reports, including 5 along Route 9 in Swainton 23 Apr (CM). Rare but annual in spring, an adult White-faced Ibis put in at least two appearances at Jake's Landing 19–20 Apr (TR, SR). Strong westerly winds likely played a role in the appearance of 2 Sandhill Cranes over CMP 24 Apr (TR, KL, m. ob.). The birds were last seen departing the Rea Farm/Beanery toward the north.

March can be a real drain on the patience of a Cape May wildlife watcher. Winter is over but spring still seems a long way off, and the daily changes can be so subtle that if you are watching every day they can pass you by almost imperceptibly. This spring, April seems not to have been much better than March, as winter’s grip has been difficult to release but, having been soldiering on through office work for several weeks, a window of opportunity gave me an insight into what is happening in the great outdoors recently.

Nature is nothing if not chaotic and yet, at the same time, there is a distinct order about it all. While the onset of spring can vary from year to year, largely according to local weather trends, it always amazes me how much of nature is synchronized so well, such that – by early May – it all seems to come together so perfectly. The gradual increase in day length brings on breeding behavior in our resident and wintering birds, causes the onset of many spring flowers and plays a part in a gradual warming of the region. This warming, in turn, initiates more spring activity from insects, with the whole coming together to produce a vibrant wealth of excitement that is May in Cape May.

Taking a leaf from nature’s book, CMBO’s spring program gears up right on time and in synchronization with the seasons too. Our weekly walks are finding ever more good birds to enjoy right now and, as we head into early May we will all be gearing up for the World Series of Birding. If you have ever enjoyed the wonderful wealth of wildlife that is Cape May in spring, or if you want it to be here for future generations to enjoy, you might like to consider donating to one of our awesome teams. It has never been easier to make a contribution – all you need do is go to the World Series of Birding page and click on the donate button. Your generosity, coupled with the excitement and fun of the day will spur on our teams and help to raise important funds that help to support New Jersey Audubon’s research, conservation and education programs. As with nature, together we make it better!

Looking slightly further ahead, the perfection of nature’s timing comes together in late May to produce one of the finest of natural phenomena in North America – the annual spawning of horseshoe crabs on Delaware Bayshore beaches. Nature’s chaos and nature’s order come together again here, as long-distance, migratory Red Knot, Ruddy Turnstones and Semipalmated Sandpipers show up right on time to benefit from the short-lived riches, riches that in turn will sustain them until they reach high Arctic breeding grounds in June. This natural exuberance will be taking place during our Cape Maygration Spring Birding Festival at a time of year when many other migratory birds will be passing our way and local breeding birds will be busy in the forests, back bays and beaches of Cape May. If you’ve never been to a Cape May spring weekend, give it a go this year, it truly is an inspiring time to be out and about and witnessing spring’s jigsaw of pieces coming together! 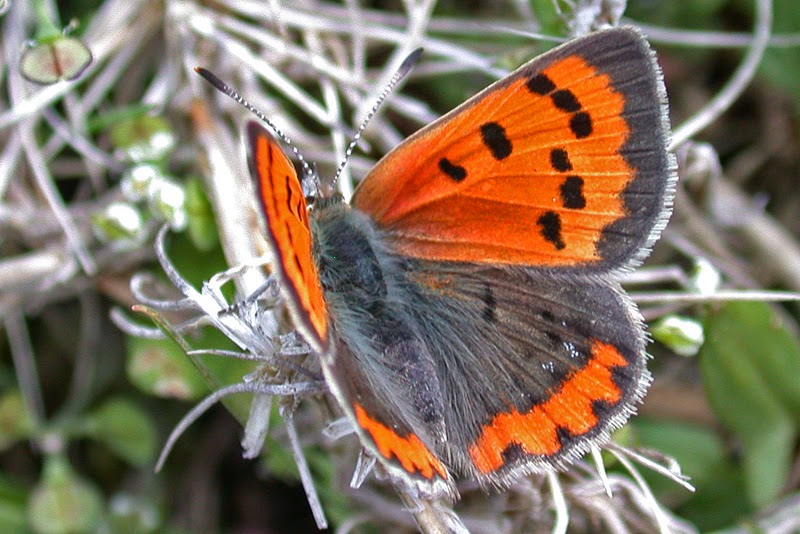 Spring brings so much after the cold days of winter. Though the first butterflies of the year you see may well be those that have overwintered as adults, by mid-April the year’s first truly new species will be emerging and the stunning colors of an American Copper can brighten up many an April day. 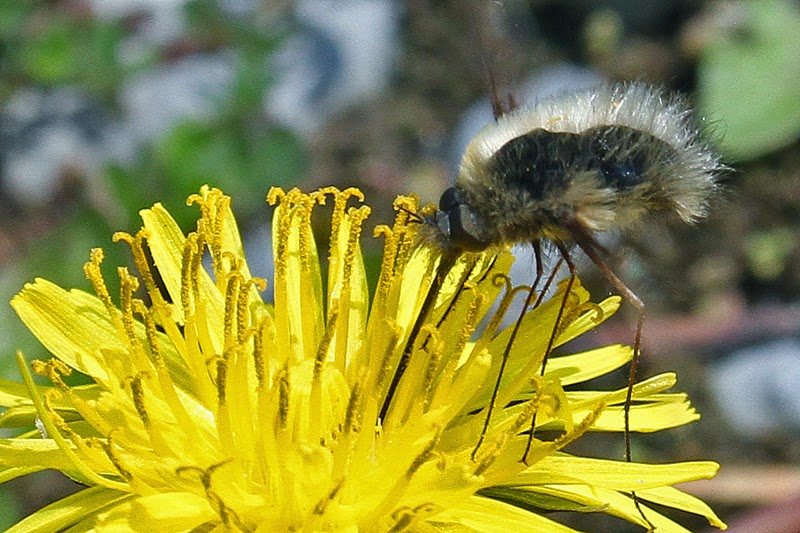 A little more warmth sees the first dandelion flowers opening in grassy areas. Check out the flower heads and you may come across a bee-fly – a great group of flies that are bee mimics and are some of earliest pollinators. Of course, even for birders the appearance of such insects is cause for celebration for they mean... 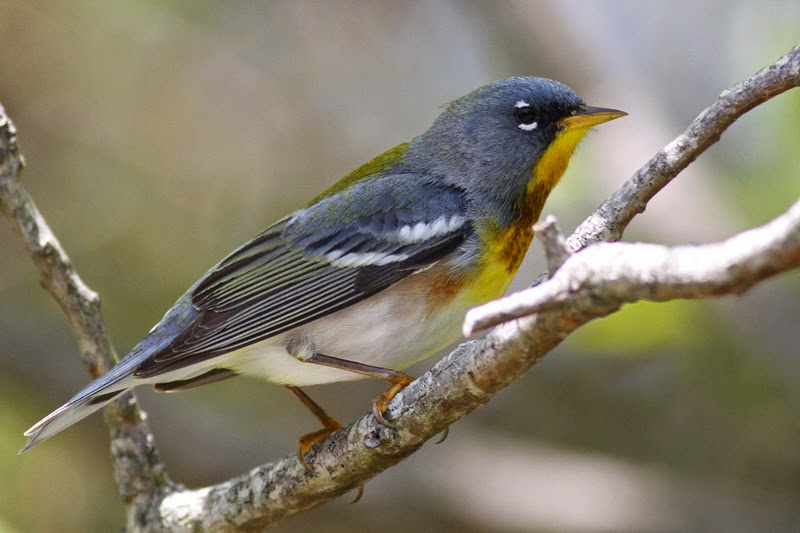 ...the appearance of insectivorous birds, such as this male Northern Parula in all its spring glory. As well as... 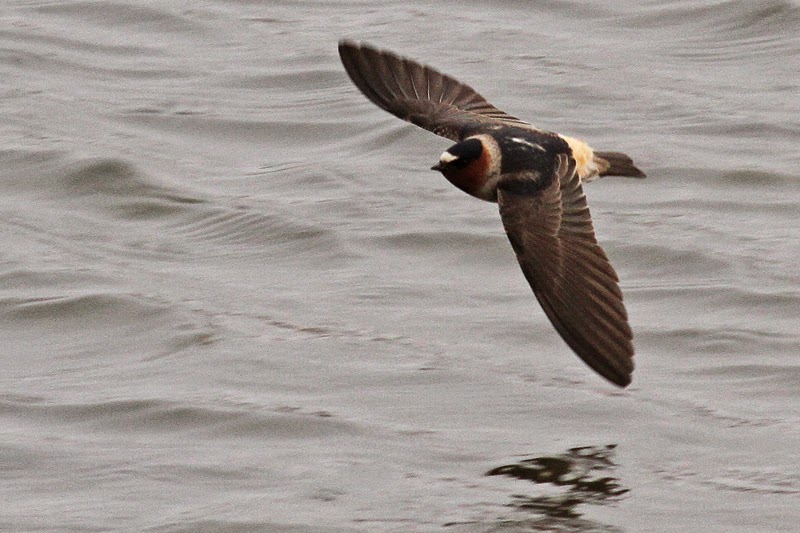 ...plenty of swallows and martins. Right now, you can see an abundance of Barn, Tree, Cliff (above) and Northern Rough-winged Swallows, Purple Martins and Chimney Swifts feeding over the ponds of Cape May Point. 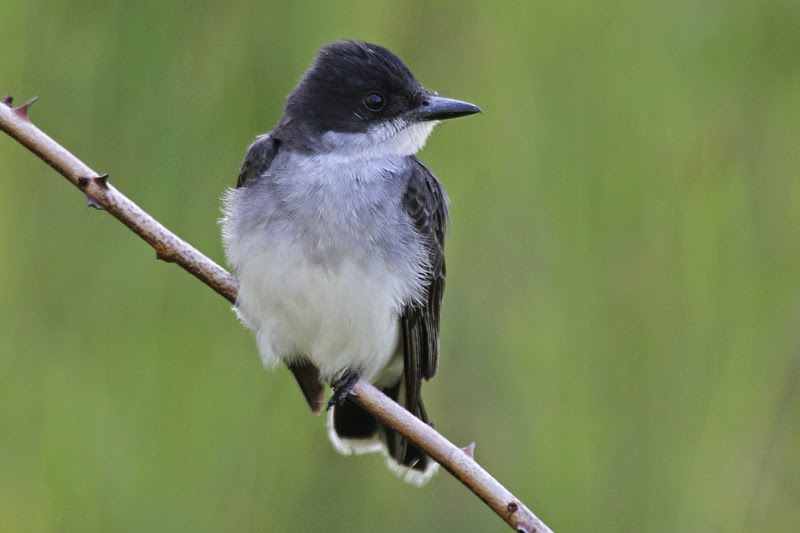 Small insects bring larger insects to feed on them and, in turn, these larger insects provide food for larger migratory songbirds. Eastern Kingbirds are in town now and mark the start of the major push of neotropical migrants. 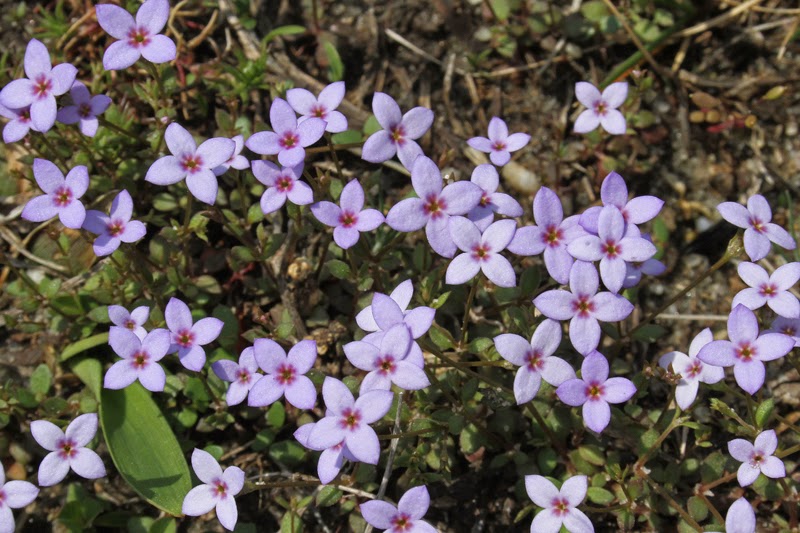 While late March and early April see a mass of color from our flora of introduced plants, late April is the time to start looking for native plants. In 2010, we logged the first ever records of the wonderful Tiny Bluets in New Jersey. A southeastern plant, this species appears to be spreading its range northward and this year, my wife, Megan, became the third member of the exclusive club who can claim to have found new sites for this species in Cape May County and we now have 14 locations for this plant in Cape May. 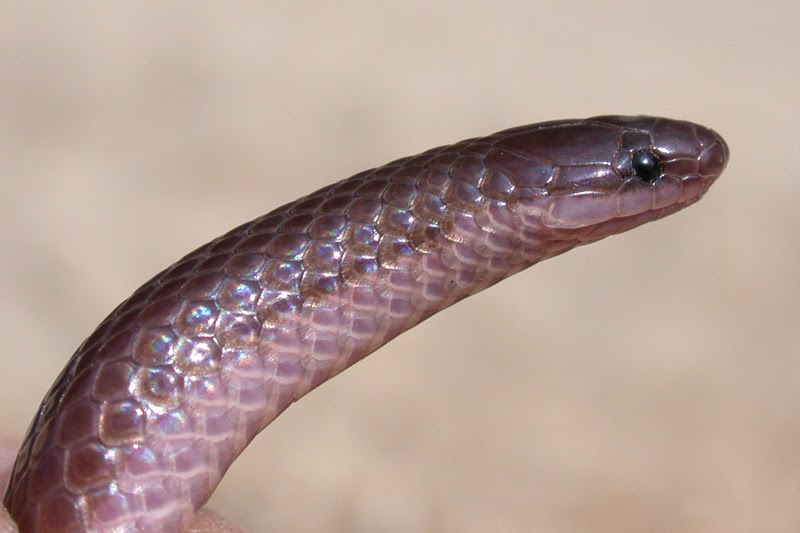 While staring at the ground for signs of spring, don’t be afraid to flip over the odd piece of roadside trash now and again (I wonder if we will ever live in a world where people fully respect the environment?) for these can be good places to find the first reptiles of spring. Eastern Worm Snakes are widespread and common but seldom seen as they spend much of their time hunting in the soil. But the warmth of spring will get them active and worth looking for right now. 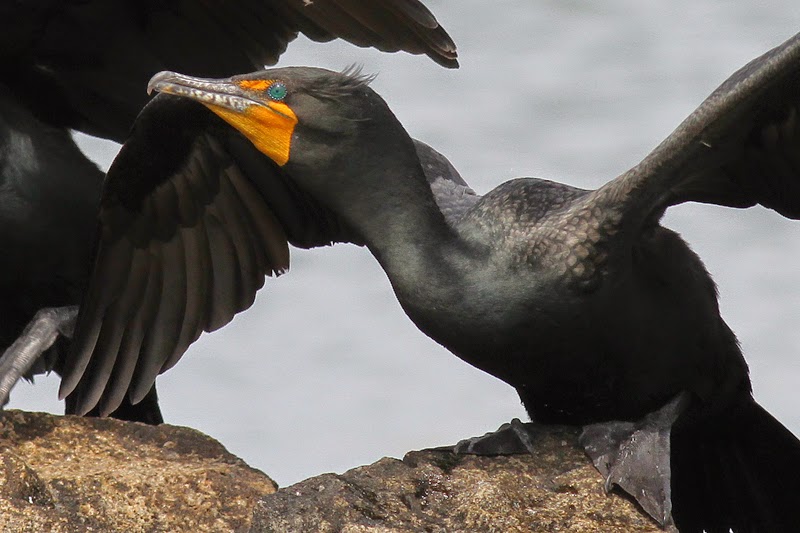 And of course, signs of spring are everywhere now. Our boat trips on the back bays with the Osprey and the Skimmer give excellent opportunities to enjoy spring migration. Double-crested Cormorants never look better than in April and May, when their breeding crests are ruffled by the wind and their bottle-green eyes catch the spring sunshine.

Spring is gearing up, so are the birds and so is Cape May. It’s time to brush off the cobwebs, sign up for our May events and come and have the very best of times – the Red Knots will be here for you! (All photos by Mike Crewe)
Posted by Mike Crewe at 11:10 PM 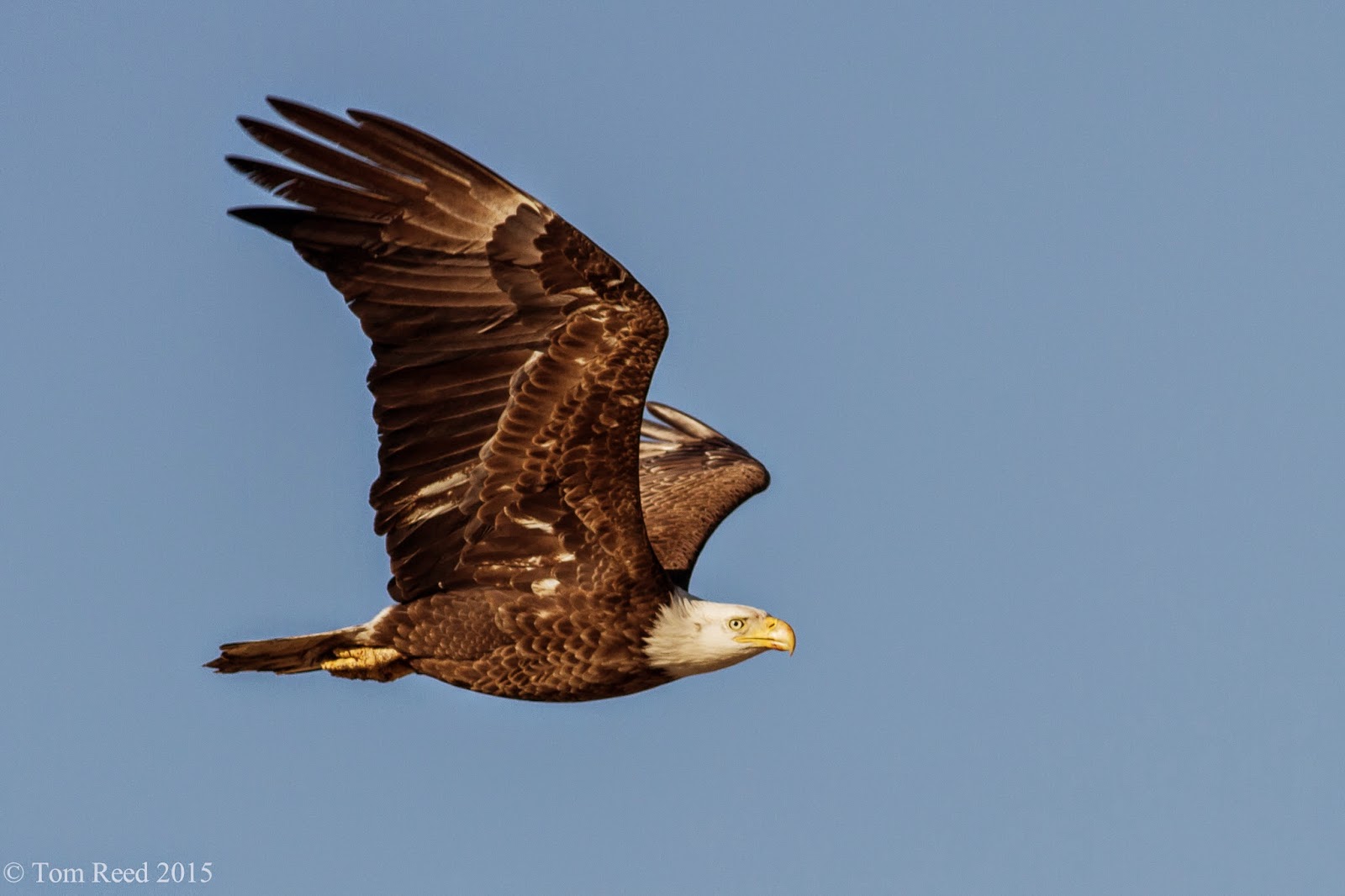 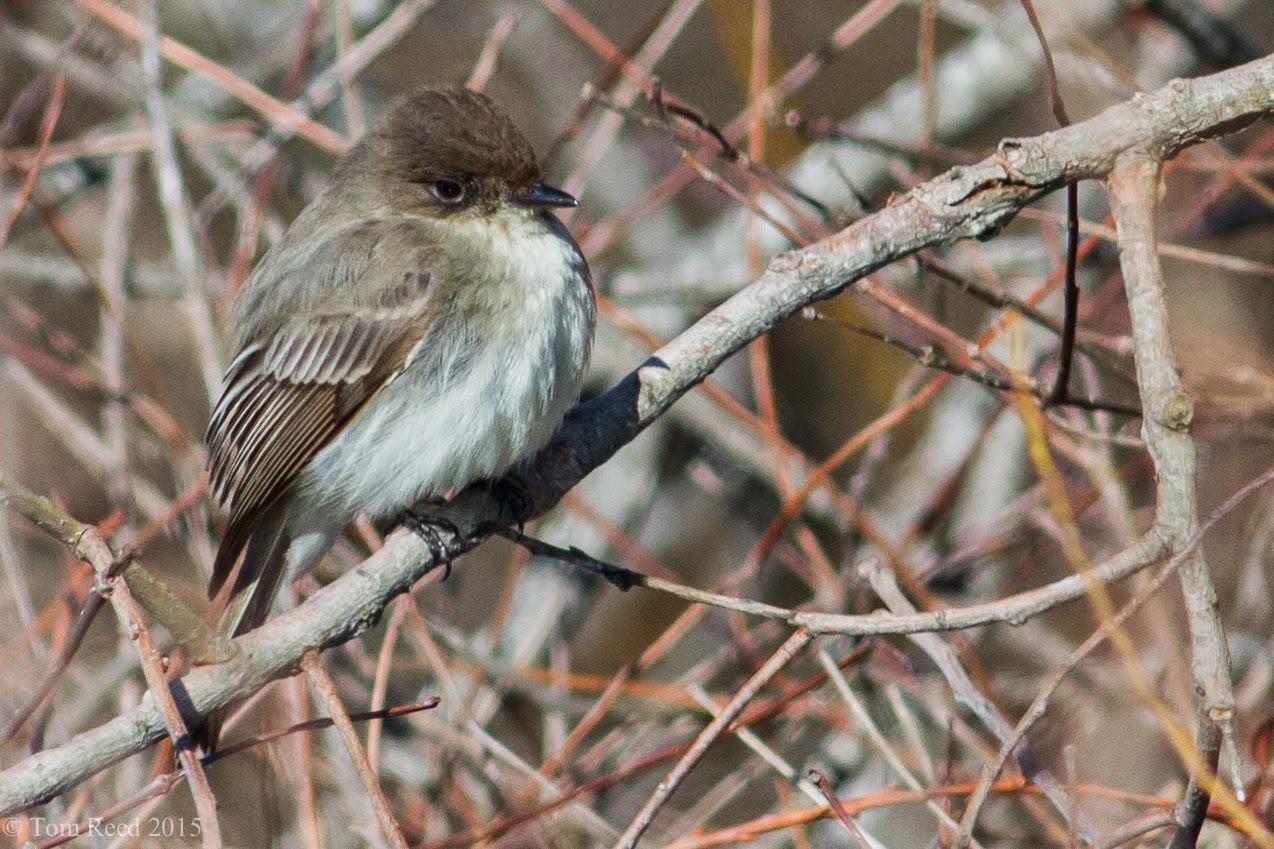