Going Back to our Roots - and the significance of swirl!

On the top shelf behind my office chair sits a line of rather dingy-looking, colored and stapled collections of pieces of paper. Take them down from the shelf, and they morph instantly into a magnificent piece of history - a set (well almost!) of annual publications of The Cape May Geographic Society. This society came into being in the late 1940s and was, to all intents and purposes, the precursor to a Cape May Bird Observatory; an organization of local and not-so-local people who wanted to study and get to know the wildlife of Cape May. In the early years, one of the main obsessions was very befitting of a coastal community - the study of shells. A number of articles appear on the subject in the earliest reports, ranging from an interesting piece on fossil shell species collected from the canal spoil banks - remember the canal had only just been created in 1942 so there was much to explore here - to a listing of the prize-winners in the annual Shell Collectors' Contest.

Shell collecting was a very popular and pleasurable pastime in those days and I am sure that much kudos was placed on taking part and getting a prize. In these days of high-tech, online, get-it-finished-by-yesterday obsession, many will probably scoff at the simple pleasure of a shell on a beach. And yet these local clubs and societies form the very bedrock that modern day conservation and wildlife organizations are built upon and a return to our roots now and again is, I believe, something we could all benefit from now and again.

And so it was, that CMBO volunteer naturalist, Roger Horn recently sent me the following piece and which I think deserves a wider airing. For it not only takes us back to a time when wondering at Cape May's nature was in its infancy, but it also renews - in me a least - a satisfaction in the knowledge that there are still people out there who wonder the planet, and look, and learn, and wonder...

Somewhere, sometime, someone, said to me “You know water swirls the other way in the toilet below the equator. Really?!! Yeah and shells spiral the other way too. Really?! That’s very, very cool. I didn’t think much more about it. Back in the 1980’s, on vacation at the Outer Banks, I came across a shell that spiraled the other way from all the others. Wow! Look at that! If there’s one, there should be more. Now I had a new goal, find the different one. It became a “vacation thing” looking for the different swirling shell. Swimming or wading through the water in the troughs the waves made at the shoreline, quickly gleaning through shells littering the sands. A great way to cool off, relax, and forget about the trials and tribulations of work.


This activity always made me think of the comedian Steven Wright. “I have a very extensive shell collection……I keep them on beaches all over the world.” I found maybe 2 more over the Outer Banks vacation years.


Fast forward…... I have been walking the “Jersey Shore” beaches for many years now and never found a, what I call a “lefty”. On a recent January day walking (and birding) along Two Mile beach, Kathy (my extraordinary wife and birding partner) came across a slew of Knobbed Whelk shells. Instantly I went into “look for the different one” mode. Whoa! Got one! Check this out Kath! 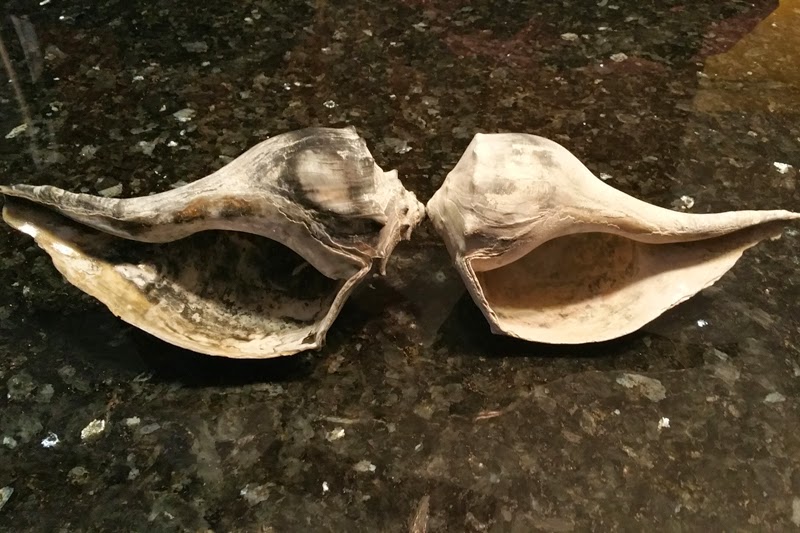 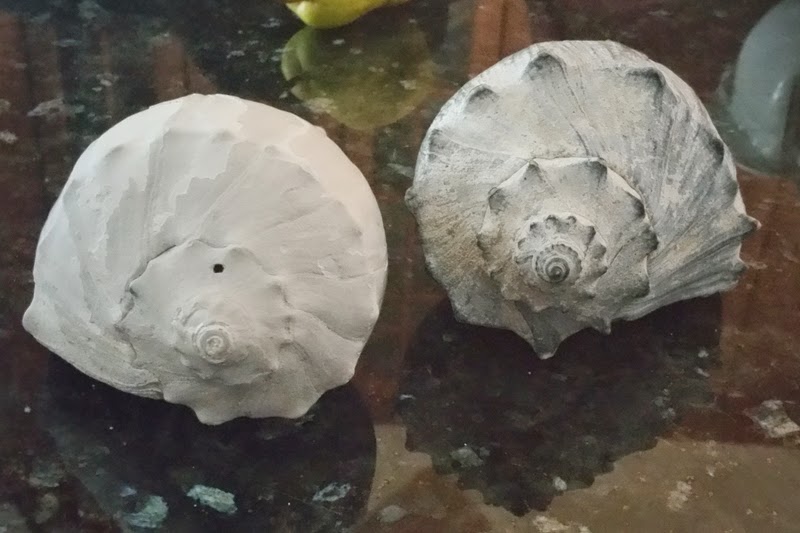 Looking at the center of the knob following the “spire” outward the “lefty” runs counterclockwise, while the “righty” runs clockwise. (Photo Roger Horn)


I found out all kinds of things, but according to all, it isn’t true. Water will swirl either way and shells that spire counterclockwise could be an anomaly of DNA & RNA coding, but more than likely, in this case, it is the Lightning Whelk. This species is left-handed or sinistral shelled and is native to southeastern North America, south to Florida and the Gulf States. It is the Texas state shell, and Knobbed Whelk is the New Jersey state shell. 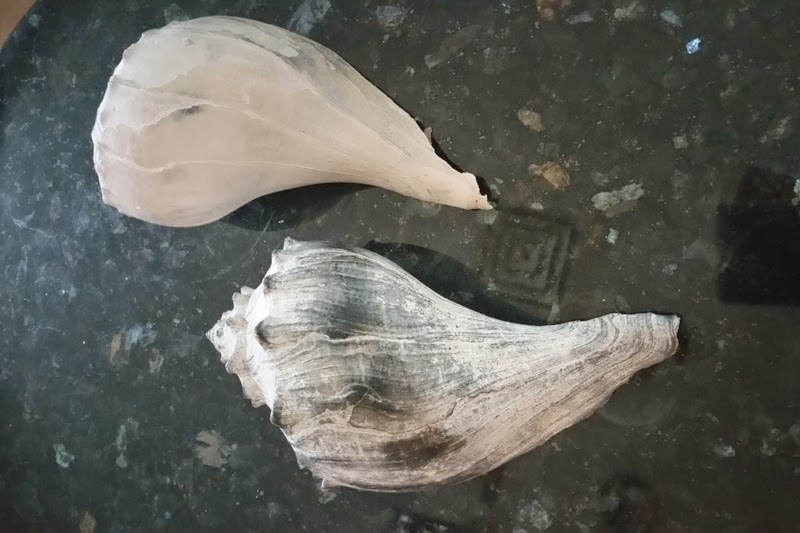 I always thought that a shell moving along the ocean currents for thousands of miles and many moons while landing at my feet relatively whole and smoothed by its journey, was intriguing. Kind of romantic. Alas not the case. Still though I find it awesome there is an occasional opposite and Yin/Yang happens. Much like left-handed people. We all know how awesome left-handed people are. Just ask any of us.
Like Roger, I too am left handed - and we have to bear the cross of being referred to as 'sinister' rather than 'dexter' - while I would also like to point out that the scientific name for the sinstrally-twisted Lightning Whelk is Busycon perversum!!
Posted by Mike Crewe at 3:35 PM