Eyes on the Skies

Eyes were firmly on the skies at Cape May today, as weather conditions came good and presented us with the perfect example of 'visible migration'. The Cape May SpringWatch led by the unstoppable Tom Reed was a little lackluster first thing, but nevertheless produced a handful of White-winged Scoters among the plentiful Surf Scoters, as well as a mild run of Northern Gannets and Red-throated Loons.

Things seemed slow enough to wrap up the count at 08:30AM, but Tom had other ideas. He continued the count from the South Cape May Meadows and a flurry of text messages kept us informed on developments. By early afternoon things were slowing down and Tom reported a count of 11,300 Double-crested Cormorants - all counted heading north over Cape May today. Equally as impressive was the count of 472 Eastern Willets, a much lower count but a very high count for this particular species. Sometimes Cape May is about the rarities but most of the time, it's about the spectacle of migration - and today was a real spectacle. 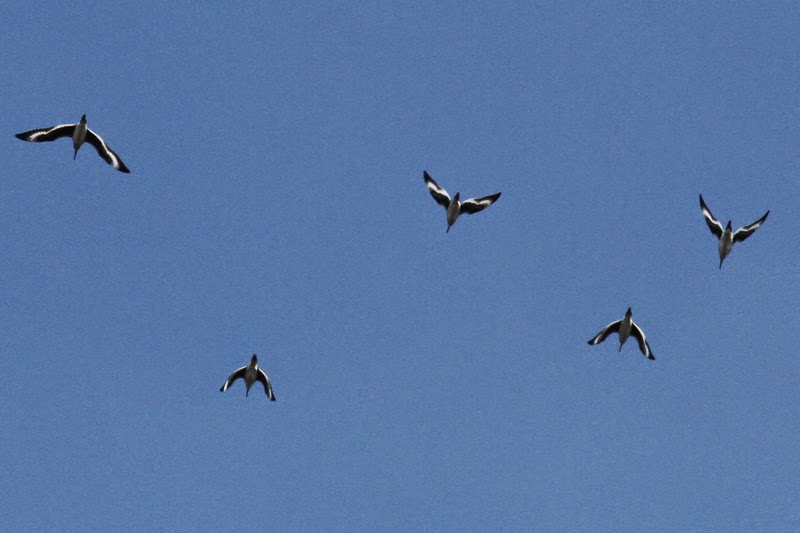 Eastern Willets often fly relatively high when heading north over the Delaware Bay and often travel in small groups. Watch for their snazzy, black and white wing patterns and listen for their far-carrying "wil-let" call. A number of birds were clearly audible as they flew over the Northwood Center today [photo by Mike Crewe]. 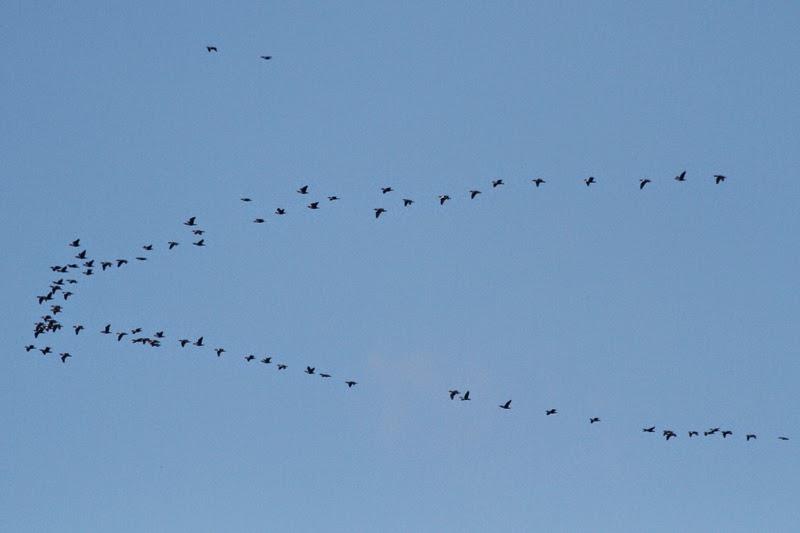 The movement of large numbers of birds is always a spectacle and ragged, sinuous lines of Double-crested Cormorants are no exception. Over 11,000 passed over Cape May today, heading to breeding grounds further north. More will surely follow in the coming days, creating a wonderful prologue to the amazing sights and sounds of a Cape May spring [photo by Mike Crewe]. 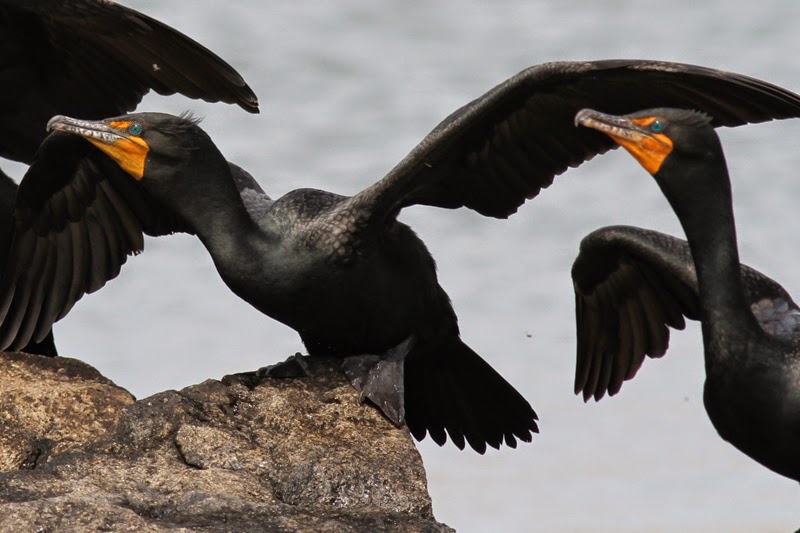 If you want to get up close and personal with Double-crested Cormorants and see those amazing aquamarine eyes, jump aboard a Cape May boat trip and enjoy them for yourselves! These birds were part of a resting flock at Cold Spring Inlet this weekend [photo by Mike Crewe].
Posted by Mike Crewe at 9:30 PM