Cape May has seen a continuous parade of visitors to the Hawkwatch Platform this weekend, at times almost a who's who of American birding, as people from ever further away made the pilgrimage to see the Whiskered Tern. Our illustrious visitor has put on a fabulous show for all comers this weekend and was still in residence last thing on Sunday. It set up a fairly regular routine of feeding over Bunker Pond, followed by rests on the state park beach with the other terns assembled there. Interestingly, it and the temporarily resident Black Tern, seem to have been sticking together a lot and their feeding sessions often coincided. On one or two occasions, the Whiskered Tern has also taken rests on the wooden railing on the south side of Bunker Pond.

Many people have been asking for details of the previous two records of this species for North America - they are as follows:

Although these two occurrences count as two separate records, due to the five-year gap between them, many people believe they may both involve the same individual. However, it seems almost certain that this year's bird is a different individual, and it is possible, given the appearance of the wing molt and plumage, that the current bird could be a third-calendar year bird.

If you haven't been able to get here for this bird yet but plan coming during the week, we'll do our best to hang on to it for as long as possible for you! 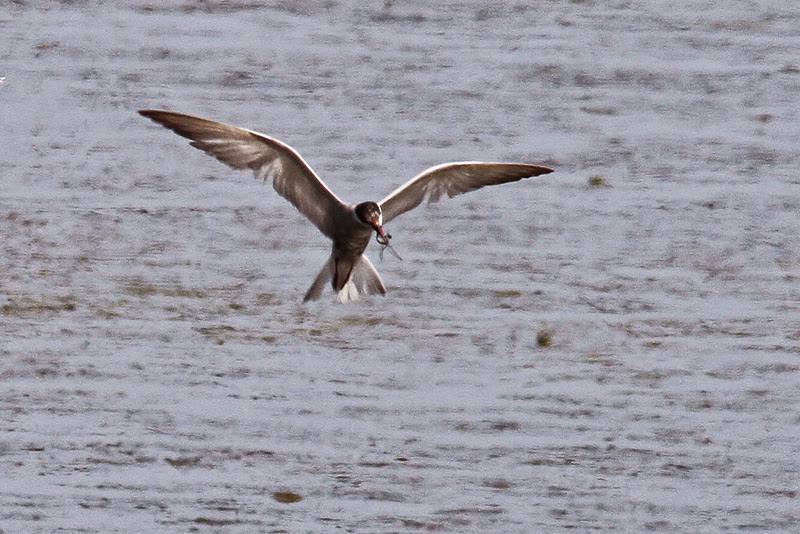 Photo opportunities for the Whiskered Tern have been many and some great portraits have been achieved this weekend. In contrast, here are some shots that tell stories about the behavior of the bird. Here, it's grabbing a Green Darner; dragonflies often make up a significant part of the diet of this species, though they will eat a wide range of insects, as well as small fish, tadpoles and even frogs [photo by Mike Crewe]. 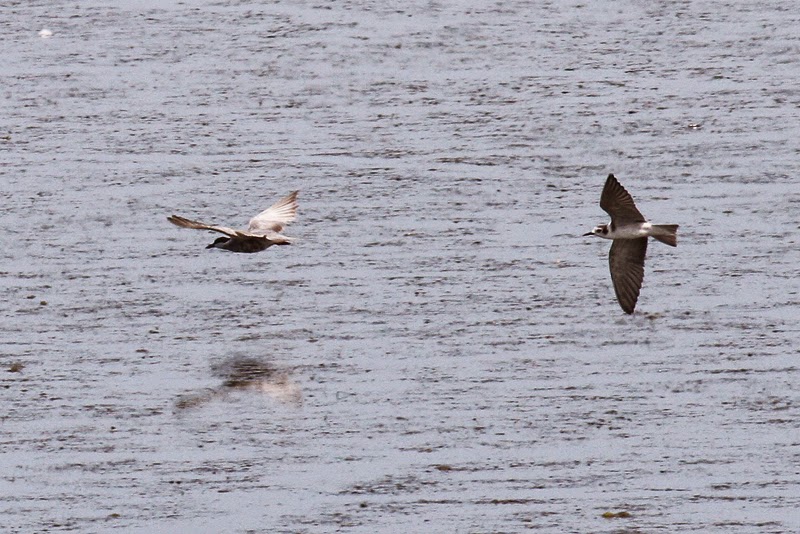 The Whiskered Tern often consorts with a juvenile Black Tern and the two can sometimes be seen hunting close enough together to make direct comparisons of structure and plumage features.  Seen on the right here, the Black Tern is clearly darker, a little smaller and narrower winged, and smaller-billed [photo by Mike Crewe]. 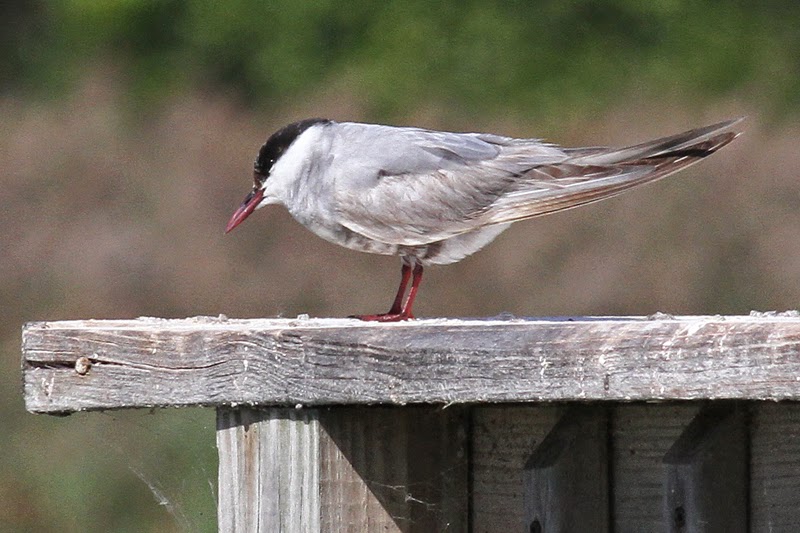 On occasion today, the Whiskered Tern took to taking short snoozes on the wooden railing on the south side of Bunker Pond. This gave many folks some great photo opportunities (note here the newly-molted, pale gray primary, contrasting with the older, muddy-brown primaries) [photo by Mike Crewe].
Posted by Mike Crewe at 9:23 PM