As if you needed telling, Cape May can produce some amazing birds - often when you are not quite expecting them!

Great excitement gripped the point today when a possible Whiskered Tern was reported, feeding over Bunker Pond, right in front of the Hawkwatch Platform. Why the confusion when the bird was right in front of the platform? Well, Whiskered Tern is an Old World species, of which there are only two previous North American records, so folks here don't get a chance to brush up on Whiskered Tern identification too often. As word got out, the bird headed away toward the beach, but review of early photos (thank you digital photography!) confirmed the identification.

It was decision time - some headed off to scour the Cape May Point beaches, where large numbers of gulls and terns are currently gathered, in between feeding bouts in The Rips; others decided to wait it out on the platform - after all, this is a marsh tern, a species that favors catching insects over freshwater ponds rather than fishing offshore. The waiters won out as the bird returned to Bunker Pond and put on a spectacular display before an ever-growing and ever-appreciative audience - seems like we will soon be needing a bigger Hawkwatch!!

As I write, a little after 2pm on Friday, September 12th, the bird is still present and delighting the crowds. When not feeding over Bunker Pond, it has been seen sitting on the beach at the state park with other gulls and terns.

Oh, and by the way, just to blow our own trumpet (sorry!) all three North American records have been seen in... well, you probably guessed :-) 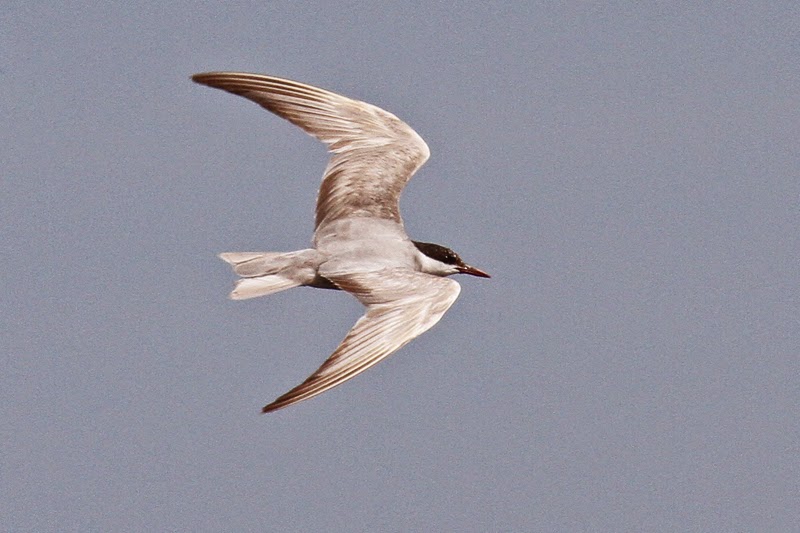 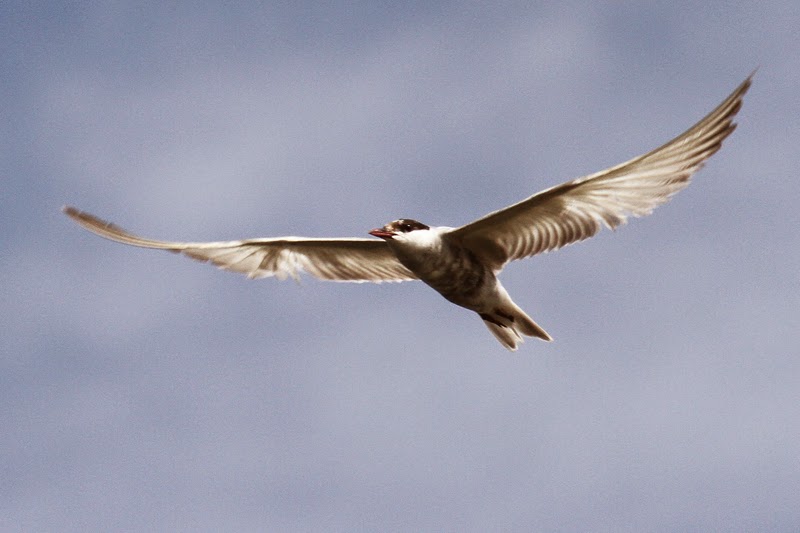 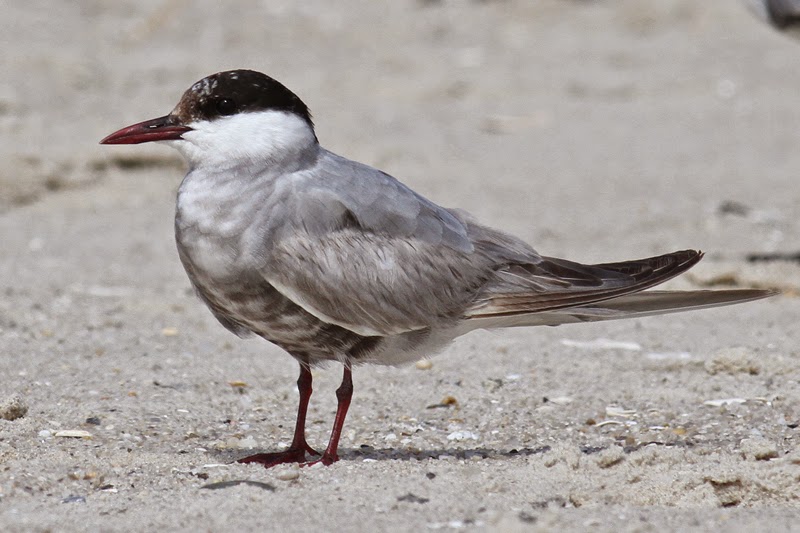 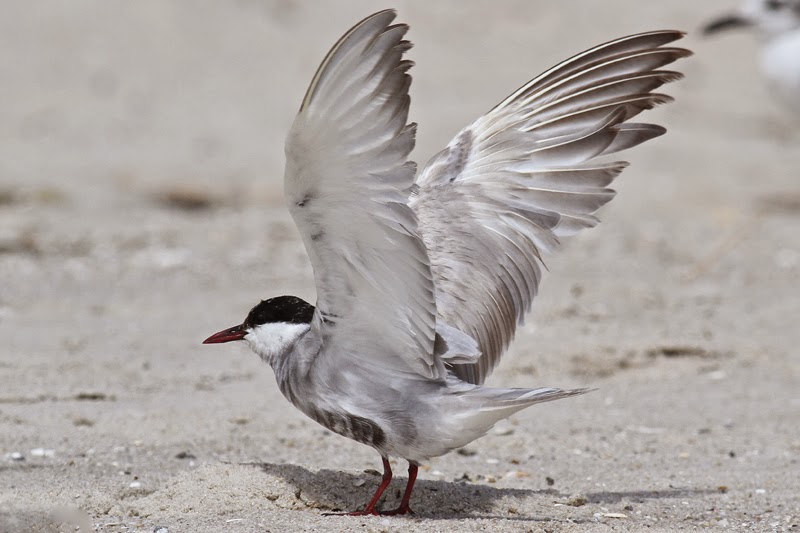 Whiskered Tern, Cape May Point State Park, September 12th, 2014. Though this bird may superficially resemble a Common Tern, there are a number of differences; most obvious are the extensive, dark gray wash to the underparts and contrasting white cheeks, and the stouter, shorter, blood-red bill. Note also the relatively broader wing with shorter 'hand'. The behavior of the bird, as it hunted for insects over Bunker Pond with a Black Tern, is also different to the typical hover-fishing behavior of a Common Tern. The mix of gray and white feathers on the underparts is typical of a molting adult, note also the contrast between the fresh, light gray mantle feathers and the duller, as yet unmolted, wing coverts [photos by Mike Crewe] 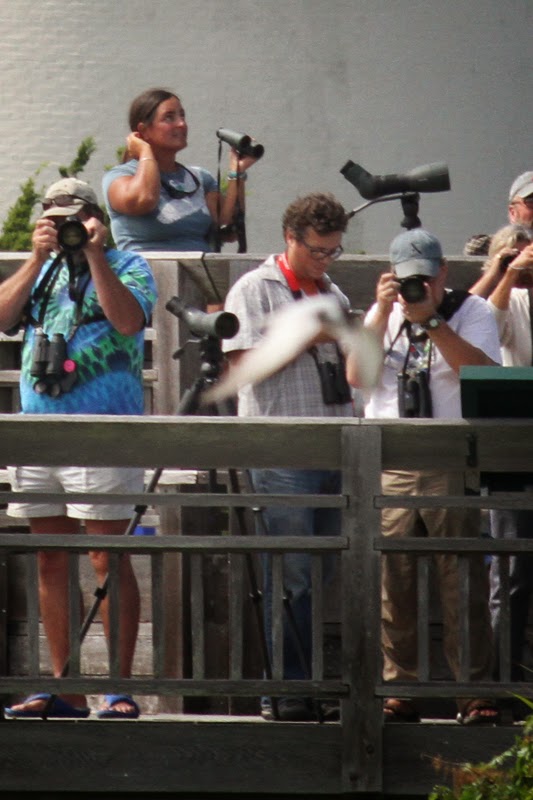 CMBO Director David La Puma texts out the news as an out-of-focus Whiskered Tern crosses his chest - hawk counter Mary Raikes gets on with hawk counting...
Posted by Mike Crewe at 2:47 PM