Sit down, take a deep breath. Read the blog title again, rub your eyes, take a walk around the garden and look again. It's not going to change. The impossible happened at Cape May today, but it happened in the worst possible way.

Shortly after 10:45am at the Swarovski-sponsored Hawkwatch Platform in Cape May Point State Park, a black shape appeared overhead. When I first saw it, it was already pretty much overhead, perhaps slightly to the north over Lighthouse Pond. The shape was familiar, and yet unfamiliar. It sort of looked like a Turkey Vulture, but something wasn't quite right. A closer look with binoculars was startling - the bird had extensive white areas across all the flight feathers and - even more worryingly - a white base to the tail. I called out for people to get on this bird, then realized that several already were; most especially, Vince Elia and Steve Bauer, stalwarts of the hawkwatch - and hawk counter Mary Raikes I think got on it around the same time. I think Vince and Steve were ahead of me, but I hadn't heard a call yet. It seems nobody wanted to shout the impossible - and yet it was becoming increasingly unavoidable...

Everyone will have their own story to tell, subtle differences to the chain of events, but the call eventually went out "Get on this bird, it looks like a Zone-tailed Hawk!!" For those who were there, the moment was memorable - 100+ people on the platform, including a Pete Dunne, CMBO raptor workshop and a great bunch of naturalist docents from Cobbs Creek, Philadelphia, a magical moment for so many - and yet, as I hinted above - it happened in the worst possible way... The 2009 Ivory Gull did it right, so did this year's Whiskered Tern. They hung around, developed more or less predictable routines and allowed many, many people to enjoy their presence. Sadly, today's Zone-tailed Hawk chose to do a couple of wide circuits over the state park, then headed out over the beach near Coral Avenue. Around 20 minutes later, a cheer could be heard in Delaware as the bird arrived over Cape Henlopen. Knowing that some of one's friends missed such a rare bird really takes the edge off the moment - good times are for sharing with all.

So, why all the fanfare? Well, Zone-tailed Hawk is a completely crazy bird to turn up at Cape May, and yet it was predicted just recently by Tom Reed. This species' range largely stretches from northern South America to northern Mexico, with the northernmost part of its range stretching up into Arizona, New Mexico and south-west Texas. Though northern populations are migratory, there is not a big track record for vagrancy for this species, but a few birds have wandered, with accepted records east of the Mississippi coming from Louisiana in 1984, Florida in 2000 and - believe it or not - Nova Scotia in 1977. Wind forward to 2014, and things really get exciting!

Fast forward to 2014, and we find that a Zone-tailed Hawk was seen and photographed on April 25th at Martha's Vineyard, Massachussetts - a place with a well-established track record for turning up remarkable rarities. An extraordinary find for the two happy observers and the start of an amazing summer for this species. On June 1st, Rick Whitman and Richard Stern located a Zone-tailed Hawk on Brier Island, Nova Scotia and this was followed by a sighting back in Massachussetts on July 8th, this time on the mainland near Halifax. For Cape May birders this was getting exciting, for it looked like the bird was starting to head back south. All we needed was the right winds and the right concentration of eyes.

For those that were there, the moment was glorious, for others, well, why do these things have to be so untimely.... 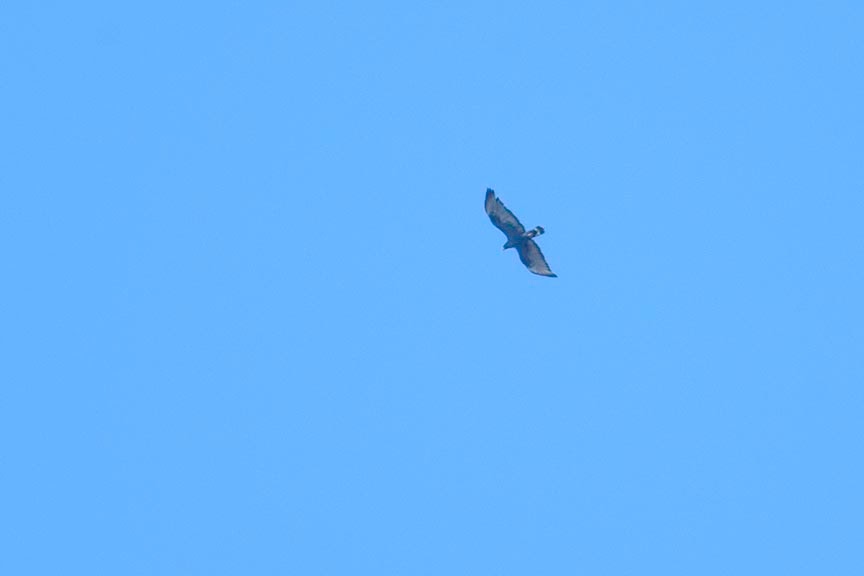 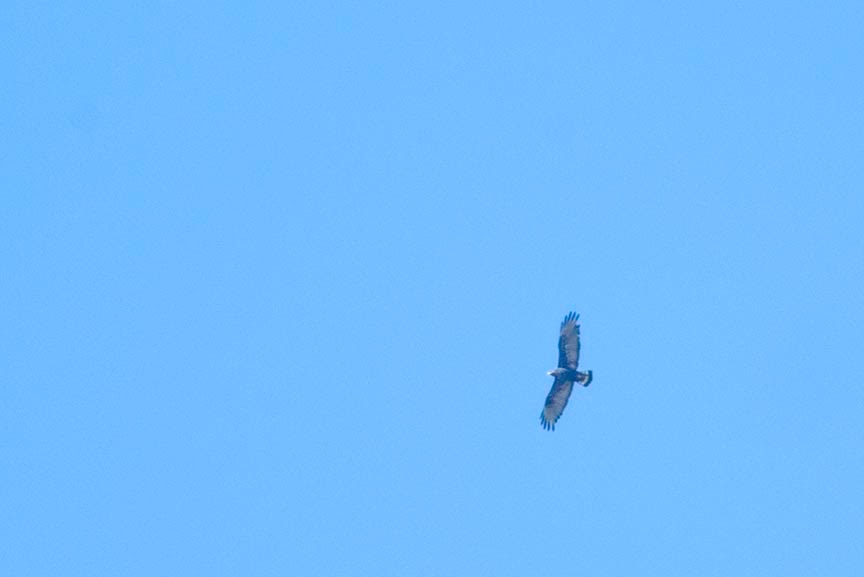 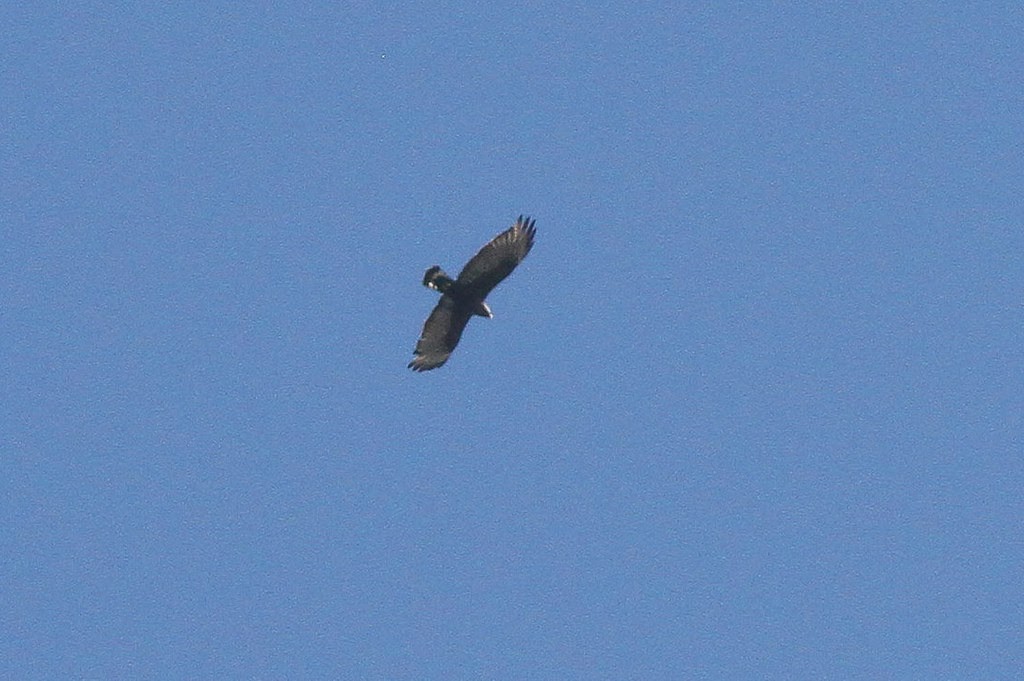 Based purely on plumage, a Zone-tailed Hawk can appear diagnostic, but other species can be confused with it, and black morphs (color forms) of other species of Buteo hawk need to be ruled out. Key to identifying the Cape May bird on plumage was the need to see fine, close, black barring on the whitish flight feathers and narrow black bars in the white base to the tail feathers. Both can be seen in the pictures above. However, more diagnostic than plumage markings is the uncanny resemblance to a Turkey Vulture at some angles, though this was not caught in these shots. In its usual range, the Zone-tailed Hawk hunts by flying with the wings in a slight dihedral, a shallow V shape - with the same rocking motion that Turkey Vultures display. They also often seem to 'hide' themselves within groups of roaming Turkey Vultures and it is believed that this is a type of cryptic behavior which allows them to spring a surprise on potential prey. The white marks in the plumage and the heavier, fully-feathered head serve to tell this species apart from Turkey Vulture quite readily with a little practice. Note that the tail pattern makes this an adult bird and, since all the other extralimital, north-east sightings were also adults, it seems very likely that all sightings involve the same individual bird.

What a day, what a place - come and enjoy the Cape May Magic!
Posted by Mike Crewe at 9:11 PM