Bringing people and birds together

If there is one thing that Cape May really does well, it's bringing people and birds together. The excitement of a rarity, the anticipation of what the next cold front will bring, or just the sheer pleasure of the exuberance of fall migration. As we enter the final run up to the 68th Annual Cape May Birding Festival, the stage looks set for a wonderful week of birding; this morning's walk at Higbee Beach provided us with great views of the species that might be considered 'classics' of mid-October - Yellow-rumped and Palm Warblers busied through the trees, Swamp and White-throated Sparrows danced through the grassy fields and all the while, Blue Jays flew overhead. Nothing unusual there you might say. And that's the point of this post. For sometimes, fall migration knocks you out using nothing more than the spectacle itself.

Bird populations in temperate regions of the world are at their greatest at the end of the breeding season. A stressful migration, difficult winter, and troublesome return journey, have not yet taken their toll on the year's youngsters. Huge numbers pour south - individual birds may be tiny, but their volume allows us to see them on radar as they head southward. Weather trends start to come into play - a scattered shower here, strong winds there; and even geographical features have an effect - a large coastal bay cuts off rising warm air, offering less than perfect conditions for continuing a journey.

The picture is beginning to emerge; Cape May has a fabulous - and fortunate - combination of favorable winds (from the birdwatchers' perspective at least) and geography that mean that birds will and do come our way. Though rarities are certainly a regular feature of a Cape May fall, the excitement of folks in town today was created by nothing more than the pure spectacle of a Cape May Friday, heading into a Cape May weekend - there's no need to wait for the weather forecast, there WILL be birds at Cape May in October!! 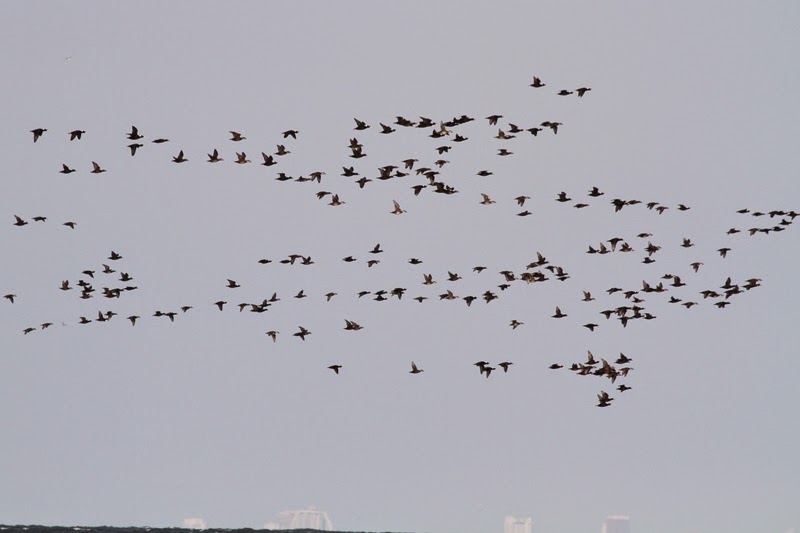 Think October, think spectacle! Southbound migrants are pouring through Cape May once the cooler days of October really inspire them to head out. While we might intuitively head for the point in September, from October onward it can be more productive spending time at Avalon, where the Seawatch will be producing almost daily spectacles - such as these Black and Surf Scoters heading southward [photo by Mike Crewe]. 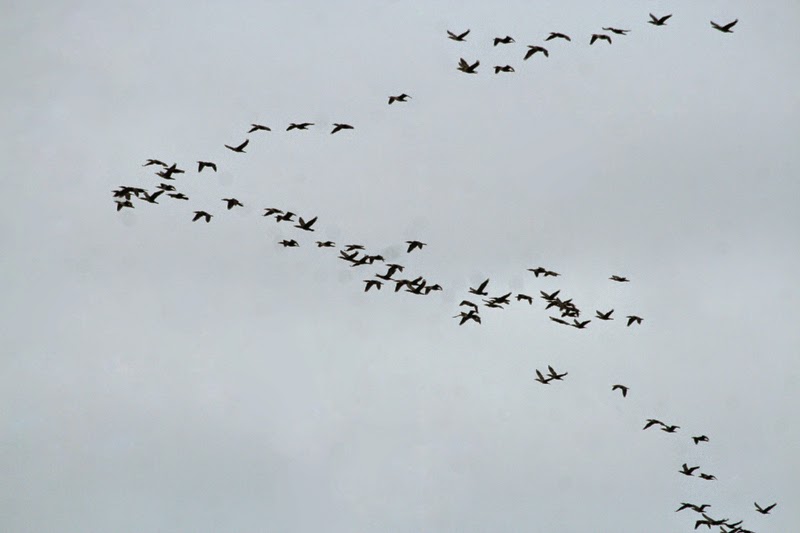 Double-crested Cormorants always seem to struggle to hold a formation as they head south to the gulf. Large numbers pass through Cape May during October, offering plenty of opportunity to scan for the season's first Great Cormorant among their number [photo by Mike Crewe]. 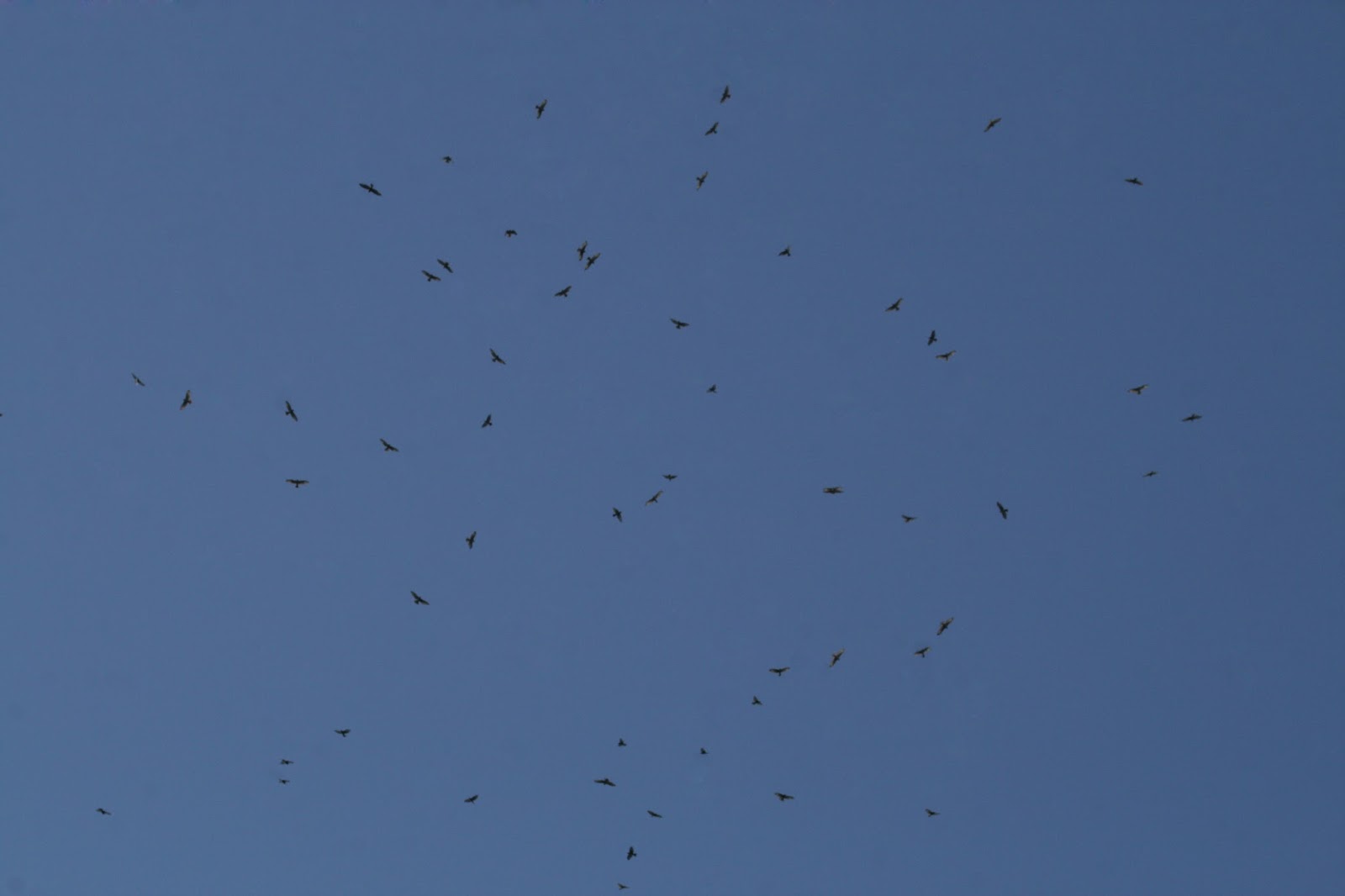 As October draws on, Broad-winged Hawks reach their peak of migration through Cape May. We are too far north to hit the gob-smacking numbers that are counted on migration through Mexico, but these birds still present a fine sight as they circle over the Cape May lighthouse and ponder the Delaware Bay [photo by Mike Crewe]. 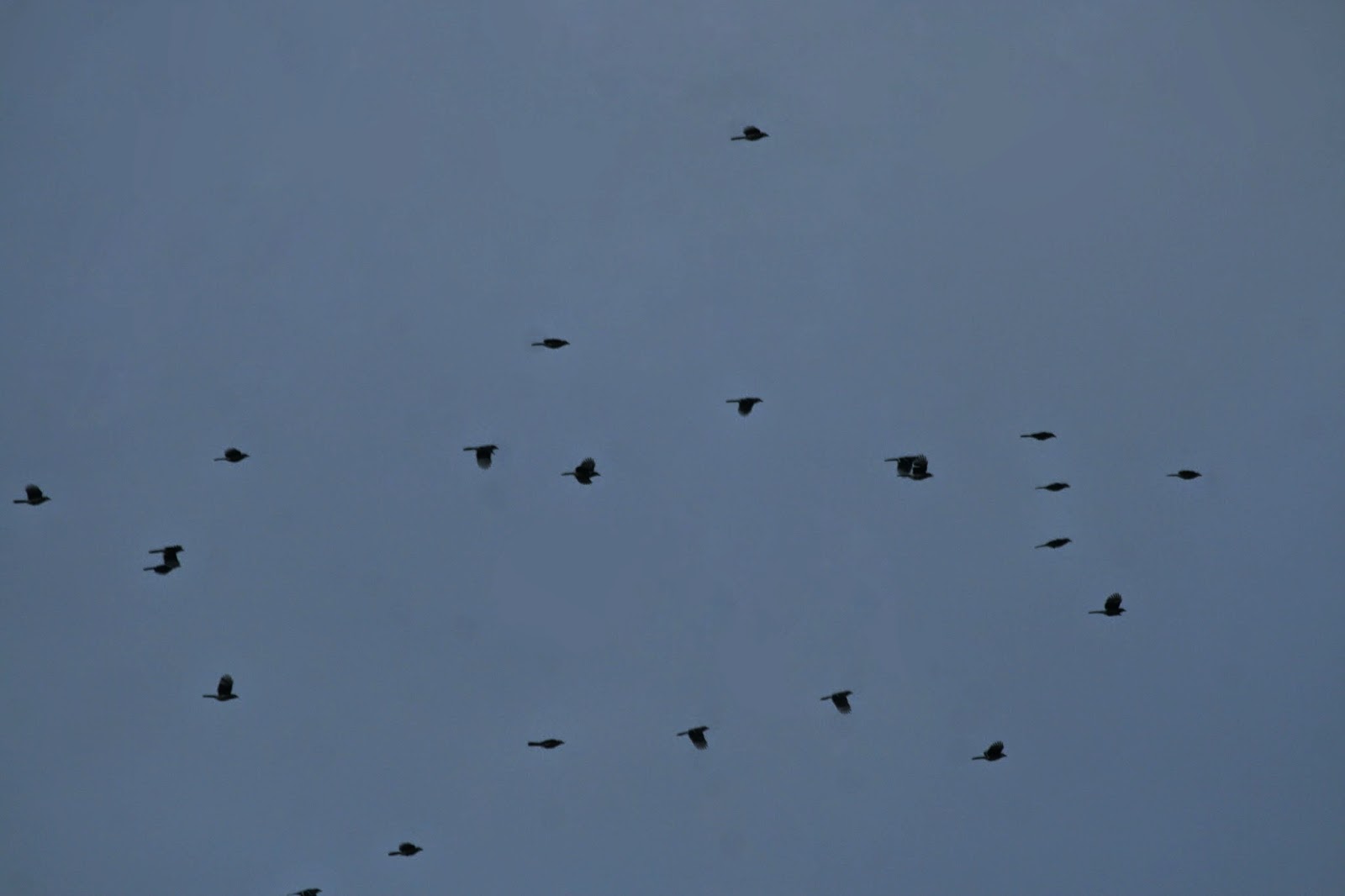 For many of us, migration is about numbers, not just the rarities. The chance to witness the usual doing the unusual is always an exciting prospect and Blue Jays have certainly been providing a spectacle this month. This tiny part of a much larger flock shows what has been happening over the past week, with single flock counts of over 200 birds being commonplace right now [photo by Mike Crewe] 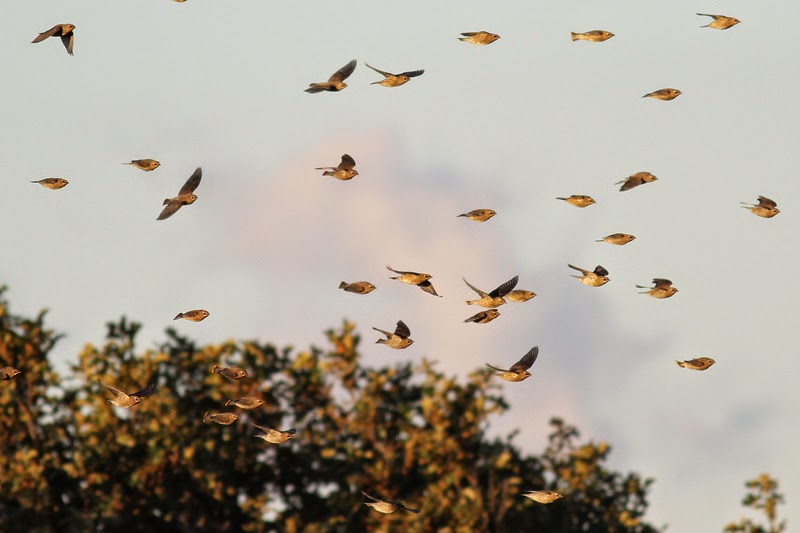 Higbee Dike can be frustrating at times, as distant specks flash by and remain unidentified. But windy weather in October can drop the birds much lower, offering much better views of birds such these Cedar Waxwings [photo by Mike Crewe]. 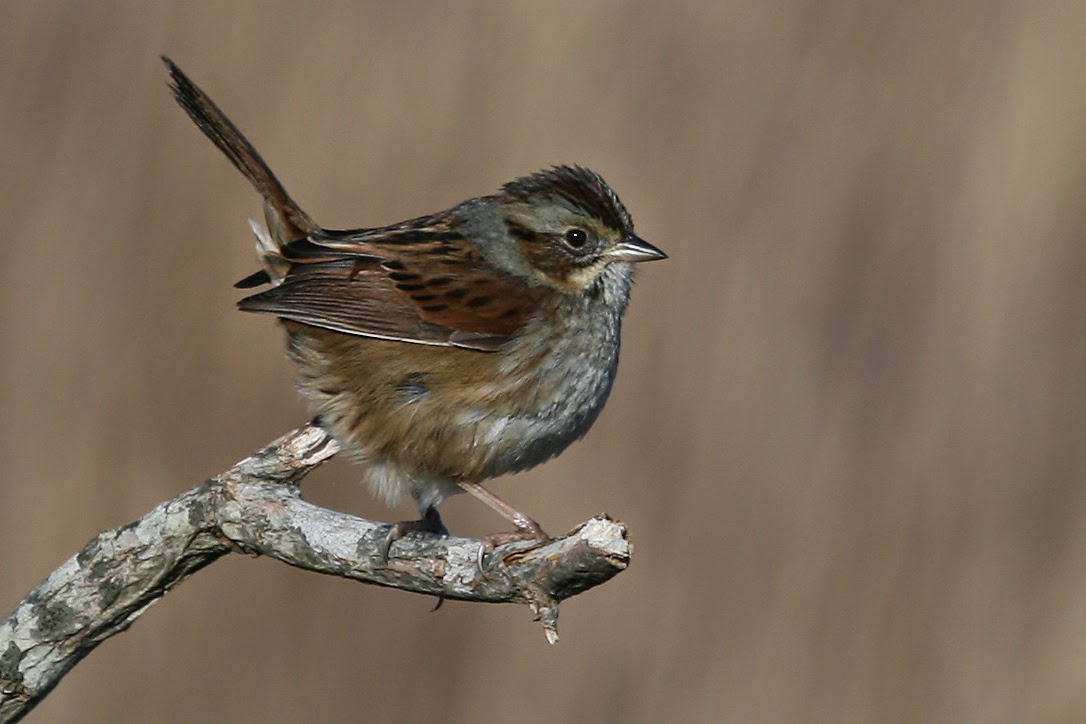 Sparrows feature heavily during October migration and the month offers a great opportunity to study these interesting birds. For me, autumn is complete once I get an up close and personal moment with a perky Swamp Sparrow - tail cocked and surveying the landscape [photo by Mike Crewe]. 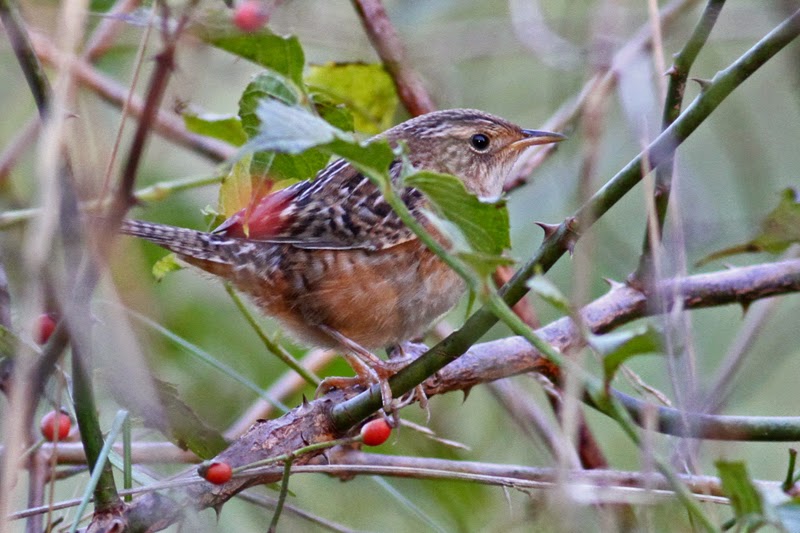 Migration often results in birds having to ride out a day outside of their usual habitat, giving brief but exciting opportunities to get to study species that can otherwise be very hard to see. Most years, one or two Sedge Wrens are found in grassy hedge bottoms around Cape May - this one spent a day in the corner of a field at Higbee Beach recently, but still managed to remain hidden for much of the time. Just how many of these do we miss? [Photo by Mike Crewe]
Posted by Mike Crewe at 3:25 PM