Though September is awesome for birds at Cape May, October can be truly spectacular. September is most often the month that provides the widest range of species for those chasing bird diversity. But October is the month that provides the migration spectacles - species diversity tails off, but sheer migratory exuberance kicks in as huge numbers of birds from the boreal forests start to head south with the first cold fronts. The past two days at Cape May Point have been wonderful for those lucky enough to be here - though it's always annoying when such things happen on a week day!
The first really impressive run of birds accompanied by a north-west front has provided an October treat in fine style. The season's first Golden Eagle put in a fly by at the Hawkwatch, the Morning Flight provided watchers with a fabulous fall out of Yellow-rumped and Palm Warblers, and the Seawatch started to crank up its daily dose of ducks, cormorants and more (including some great jaeger counts!). Check out our Seasonal Research blog to get regular updates on how the various counts are going (for example, 1004 Sharp-shinned Hawks yesterday) - it really is the best way to keep up to date on bird movements through Cape May.
If you are heading this way this weekend, the weather looks a bit touch and go for Saturday, but rainy weather at this time of year can not only hold down birds that have already arrived, but can produce some good views of birds in the wetland areas too - how about getting out on a boat trip? Sunday promises good things again, so we are keeping fingers crossed as it is the day that we shall be taking part in The Big Sit - a nationwide, 24-hour competition to see how many species can be recorded from a single location. As ever, Cape May birders will be taking part at the Hawkwatch Platform, courtesy of Cape May Point State Park, so do stop by, see how the count is going - and maybe even add a species to the count. 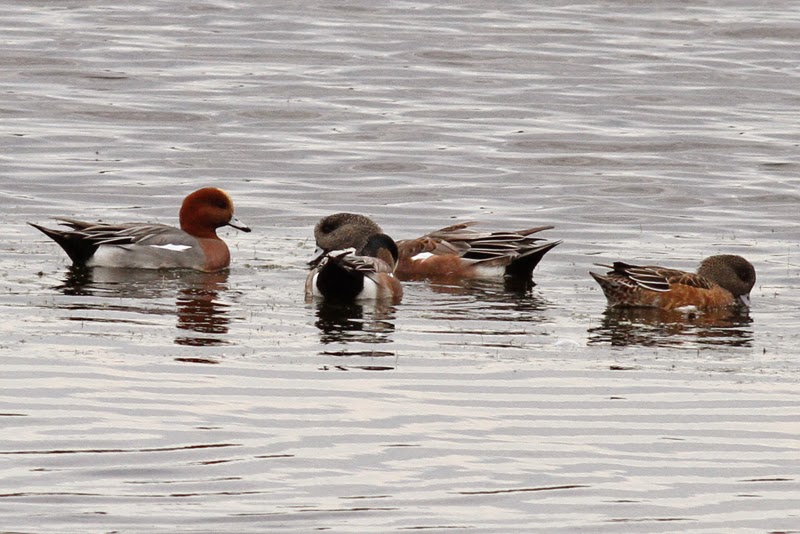 The now expected trickle of Eurasian Wigeon through Cape May Point has began with the bird on the left here being one of three males currently gracing Bunker Pond in front of the Hawkwatch Platform [photo by Mike Crewe]. 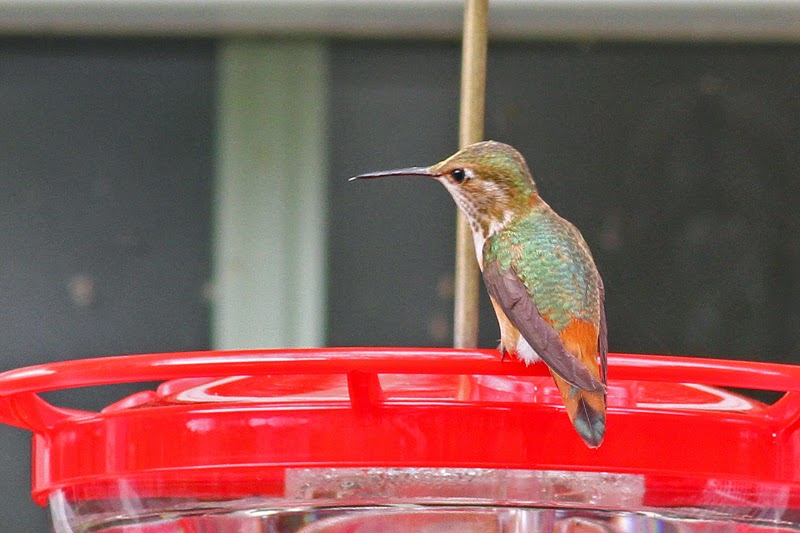 Perhaps a little earlier than expected, this Rufous Hummingbird turned up at Bill & Edie Schuhl's garden on Coral Avenue today. Though a western species, small numbers of Rufous Hummers are now expected in the East, with some attempting to overwinter most years [photo by Mike Crewe]. 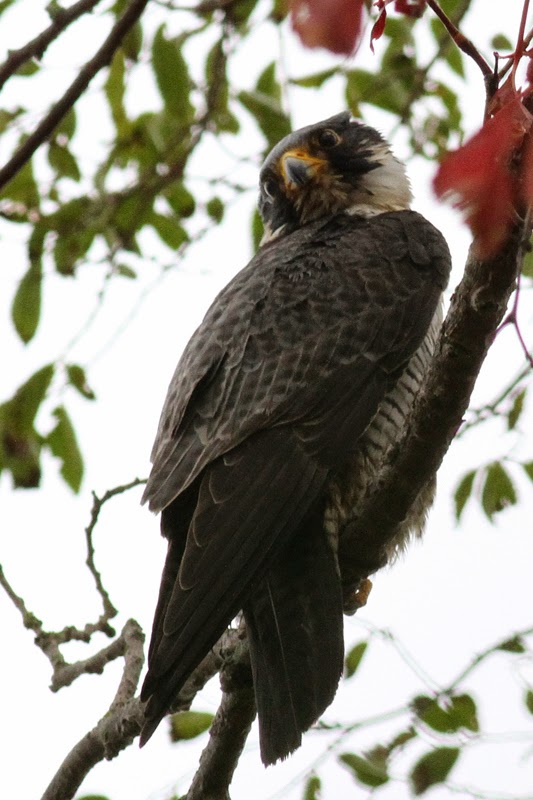 Surprises come thick and fast at Cape May and the past two days have seen a lot of birds feeding in trees around the Northwood Center and the north end of Lake Lily. In addition to three species of vireo from my office window today (I know, bragging again!) this adult Peregrine dropped in and perched in one of the Siberian Elms at the store during a wet spell. It just goes to show, you never know what you are going to see when you get up in the morning... [photo by Mike Crewe]