After the stunned appreciation of the Zone-tailed Hawk that passed over the Cape May Hawkwatch Platform on September 27th (where is it now, I wonder...), plus an awesome season for many other raptors here, thanks to persistent north-west winds, one might be forgiven for thinking that we have had the cherry on the cake for this year. But not so it seems - and anyway, who says cakes have to have just a single cherry?!

Though Rough-legged Hawk is by no means a rare visitor to Cape May County, in a typical year one might expect to see just one or two, generally spending the winter in the extensive, open marshes at the northern end of the county - Jake's Landing and Tuckahoe WMA are the 'classic' locations. Further south they are far less likely, while a bird south of the canal is always something to cherish. Those lucky enough to be at the Hawkwatch Platform around 2:30pm yesterday were therefore in for a treat, as Steve Bauer called out a Rough-legged Hawk, way, way out there, somewhere over West Cape May. As we struggled to find detail on the bird, but consoled ourselves that we really could see the suggestion of a dark belly patch and a pale leading edge to the wing, the bird set a course that was going to bring right past the platform.

And so it came, in a dead straight line, heading out of a bunch of Turkey Vultures and passing right over the bunker. Then it did what Rough-legs do - it headed right out over the bay; no pausing, no chickening out like the vultures do; no aimless circling and wondering what to do. Because Rough-legs, like Northern Harriers and Bald Eagles, are flapping birds and don't think twice about crossing water. A single sighting of a Rough-legged Hawk is not something to draw too many conclusions from, but this is a relatively early bird and, if it is a precursor of a 'rough-leg winter', I, for one, will be very happy... 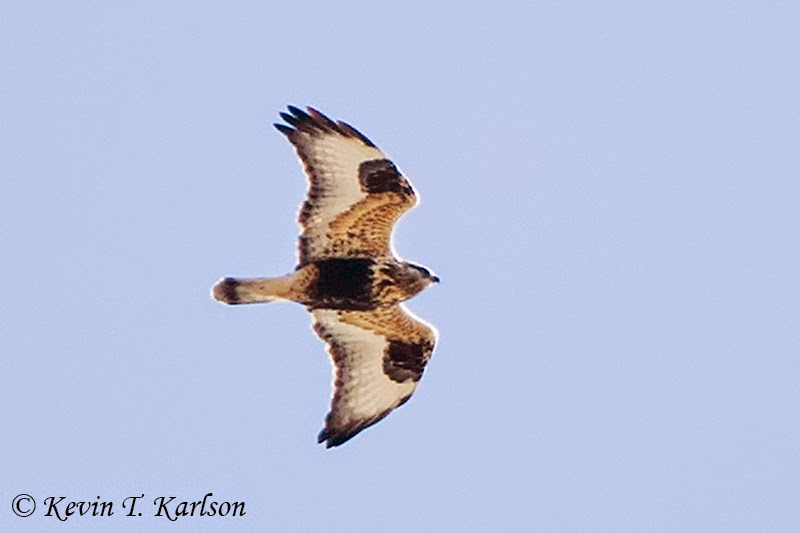 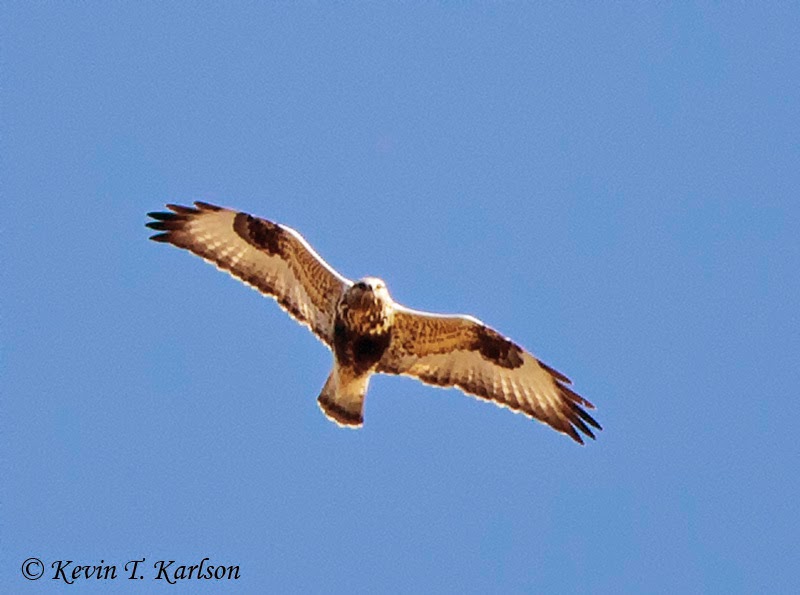 Rough-legged Hawk at Cape May Point yesterday. Rough-legs are rather variable in plumage, but light morph birds such as this are a fabulous sight and readily identified by the solid black belly patch and large, black carpal patches on the wings [photo by Kevin Karlson]. 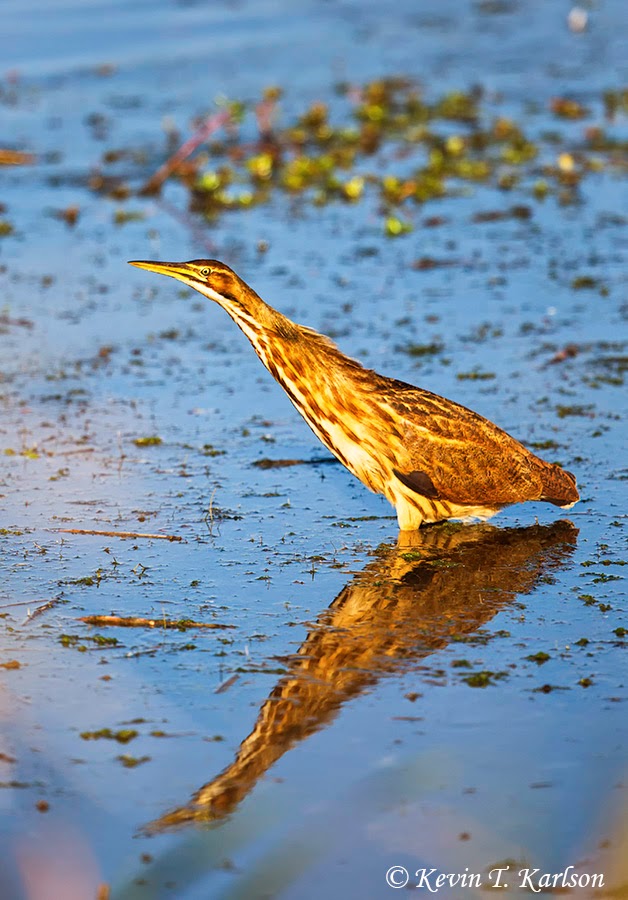 While you are there... don't forget to scan around you at ground level while at the Hawkwatch Platform. Bunker Pond, the nearby cedars, and even the grass in front of the platform are all great places to find birds - this American Bittern has spent a couple of days now, feeding in the open along the edges of Bunker Pond and giving excellent photo opportunities [photo by Kevin Karlson].
Posted by Mike Crewe at 11:22 AM