November 30th can mean only one thing in Cape May, the end of another Hawkwatch season. As is traditional in the community of birdwatchers that make Cape May their home, some fun gatherings took place at the platform in the state park today; nothing formal, people just made their own decisions to come down and be a part of the day. With a return to milder weather, it was certainly a pleasant place to be, as a few ducks returned to the thawed out Bunker Pond, an American Bittern scarfed down a poor little short-tailed Shrew, and - of course - there were raptors to be counted. Actually, not an awful lot seemed to be on the move today, but Red-shouldered Hawks put on a fine display as they hunted the marsh edge and the seemingly ever-present Turkey and Black Vultures cruised overhead. 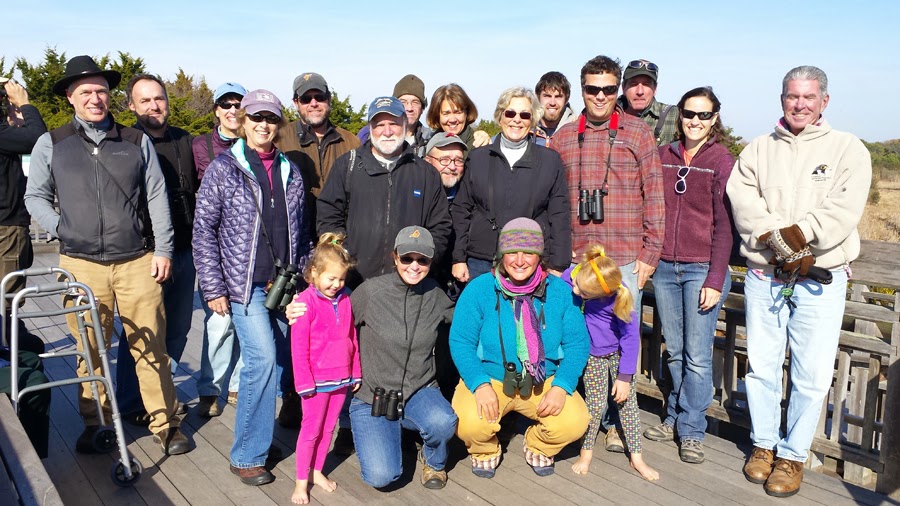 Cape May would be nothing without its birding community. With apologies to those who were present on the day but weren't there when the camera came out, but it was good to be present on such a fine, sunny day. Things can get pretty hectic during the height of migration, but it is during the winter that Cape May birders really come together as a community and have a big old group hug. Massive thanks to Mary Raikes (front row in tan pants) for doing a stellar job this year (and to Swing Counter Tom Reed too [photo by Deb Payson]. 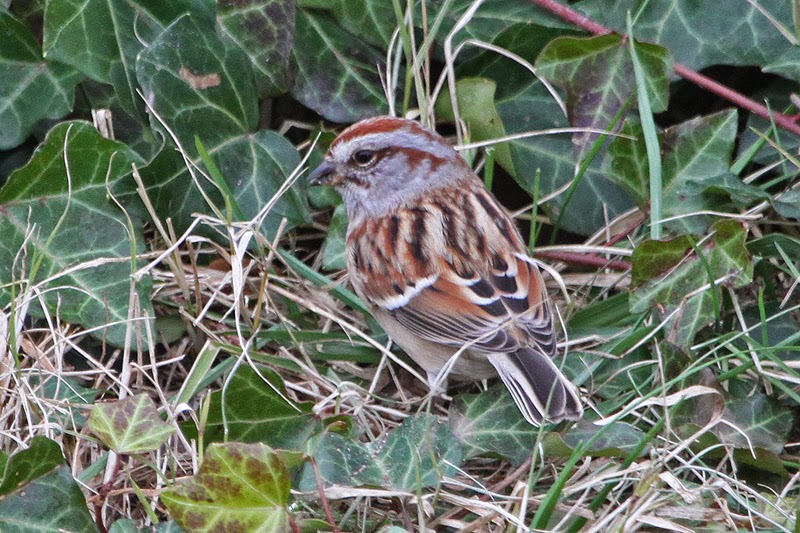 The Hawkwatch Platform has an amazing capacity to attract an interesting suite of birds throughout the fall period. This American Tree Sparrow spent Saturday hanging out with the local House Sparrow flock right in front of the platform, though it appeared to prefer native goldenrod seed to anything artificial put down for the birds [photo by Mike Crewe]. 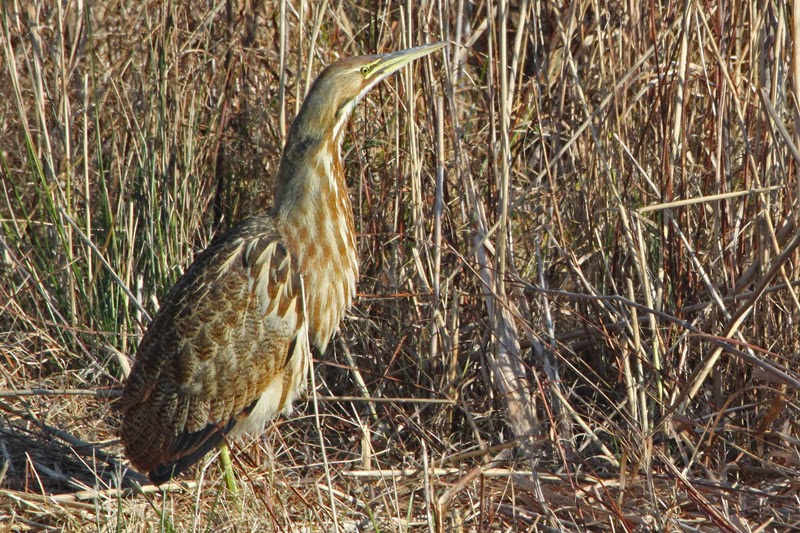 American Bitterns have been a regular feature of the Hawkwatch Platform this season, with up to three birds present at any one time. This individual hunted the open, recently cut areas of reedbed in front of the platform at lunchtime today [photo by Mike Crewe]. 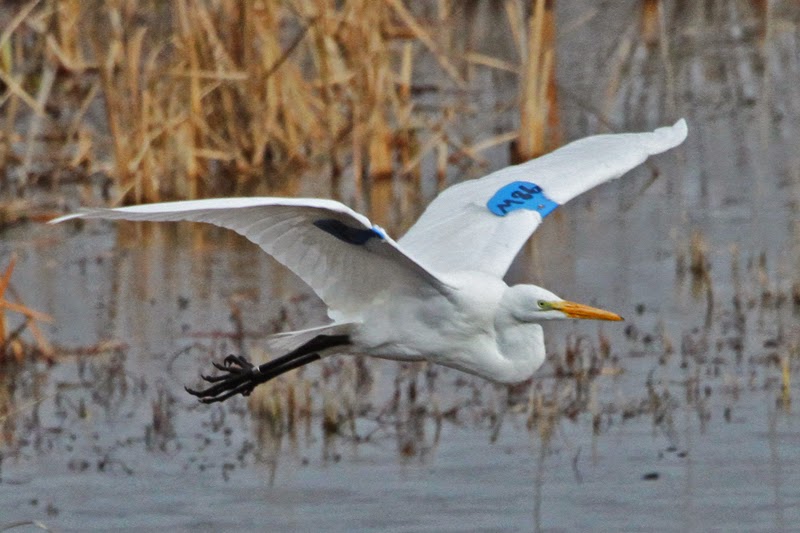 Researchers around Lake Huron are studying populations of breeding Great Egrets in newly occupied areas. This bird with wing tags marked '98W' has been hanging out at the state park for some time now and can currently be easily seen on Bunker Pond. Reporting such birds helps us to understand more about bird populations and movements and reported sightings from members of the public are an integral part of the research. You can read some of the early results from this project at http://www.harborestuary.org/reports/harborheron/Presentations/121208/Weseloh_Great_Lakes_GREGs.pdf
[Photo by Mike Crewe] 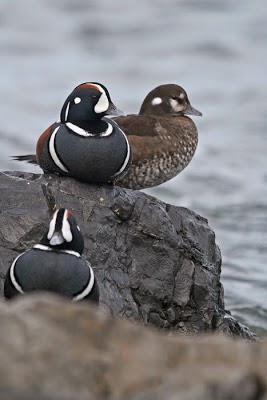 The Hawkwatch may, sadly, be over for 2014, but the birding year is far from done. Winter may bring cold weather, but, with a good dose of hot coffee and layers of clothing, there's plenty of good birding just around the corner. Why not kick off the winter by joining the CMBO Harlequin Romance trip to Barnegat Light. This annual venture along the New Jersey coast has regularly provided us with exceptional views of Harlequin Ducks, as well as an array of other winter birds, including Snow Bunting, Iceland Gull, Black-legged Kittiwake, King Eider and more. Call our program registrar and we'll see you next Saturday! [Photo of Harlequin Ducks at Barnegat by Mike Crewe]
Posted by Mike Crewe at 8:20 PM