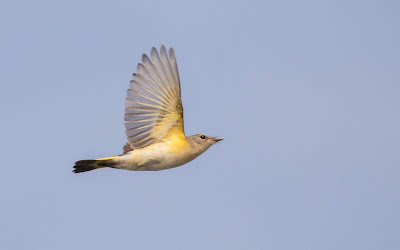 Weather: Light west winds continued from overnight into the first couple hours of daylight, but as expected, gradually shifted to the north and then east by afternoon. Mid-day highs again reached the mid 80s. Near-stationary showers and thunderstorms took up residence along much of the peninsula through the PM hours. 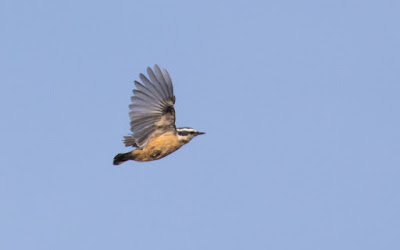 Birding summary: A short-lived songbird flight was observed from the Higbee dike during the early AM; the movement included 647 American Redstarts, 75 Northern Waterthrushes, 22 Red-breasted Nuthatches, and the season’s first Blackpoll Warbler. A southbound Bobolink movement was observed at Cape May Point, with 2300+ tallied from the Hawkwatch. The day’s hawk flight was strongest during the late AM and featured 114 Osprey. The evening brought a strong push of Common Nighthawks, with 468 counted from Cape May Pt. State Park and additional flocks seen elsewhere. A Black Tern was also seen at Cape May Pt. State Park during the evening.

Odes: An obvious highlight was the Striped Saddlebags that visited count staff atop the Higbee dike from ~8:45-9:00am. This apparently represents the second 2018 record of this rare wanderer from the South. Fair numbers of more expected migratory species, i.e. Common Green and Swamp darners, Black Saddlebags, etc. were also noted at Cape Island. 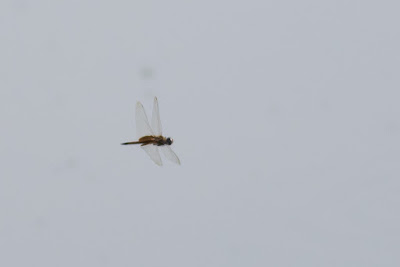