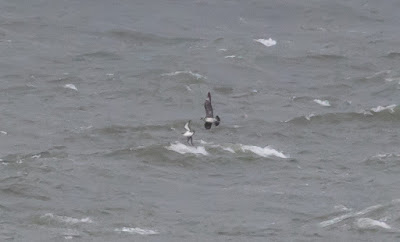 Weather: A stationary frontal boundary, combined with the remnants of Tropical Storm Gordon, again affected the area throughout the day. Skies were overcast with increasing east/northeast winds and periods of moderate to heavy rainfall; about 0.75” of rain was recorded at West Cape May as of 8:00pm. Temps hovered in the mid 60s through much of the day. 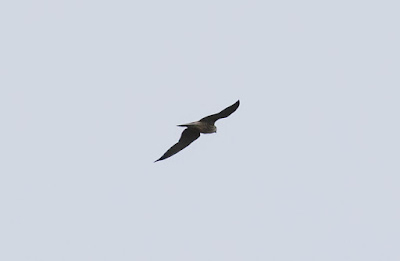 Birding summary: It was yet another day dominated by shorebirds and seawatching. Highlights included 2 Manx Shearwaters off Cape May Point during the afternoon, a Cory’s Shearwater that flew west past Cape May City at 11:10am, a White-winged Dove that flew south past the Higbee dike, multiple small flocks of Hudsonian Godwits that flew past Cape Island, and a minimum of 5 Roseate Terns between 2nd Ave (Cape May City) and St. Mary’s (Cape May Pt.) during the late afternoon. The sod fields along Corsons Tavern Rd (South Seaville) produced singles of Buff-breasted Sandpiper and American Golden-Plover this morning, while an additional Golden-Plover was noted at the Cape May Airport. 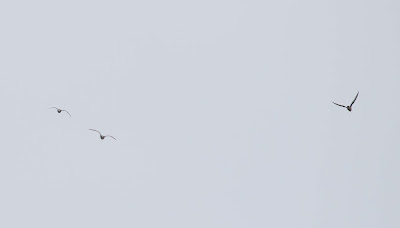