Well, the end of Cape Maygration may be getting close, but it seems that no-one told the birds! Though May will soon be done and June is just around the corner, the shorebird spectacular along the Delaware Bayshore shows little sign of abating and there's still plenty of time to come down and join one of our shorebird trips. This morning's Heislerville visit revealed that a good number of most shorebird species seem to have moved on northward, but the full range of regularly-occurring species was still present and Semipalmated Sandpipers presented the largest flocks I have seen so far this season. White-rumped Sandpipers seem still to be steadily increasing too, with at least nine enjoyed by our group in one small corner of the main Heislerville WMA impoundment. Not far away, the bayshore beaches told a similar tale, with heaving masses of shorebirds all stuffing themselves on horseshoecrab eggs and fattening up, ready to head north to the Arctic and another breeding season. 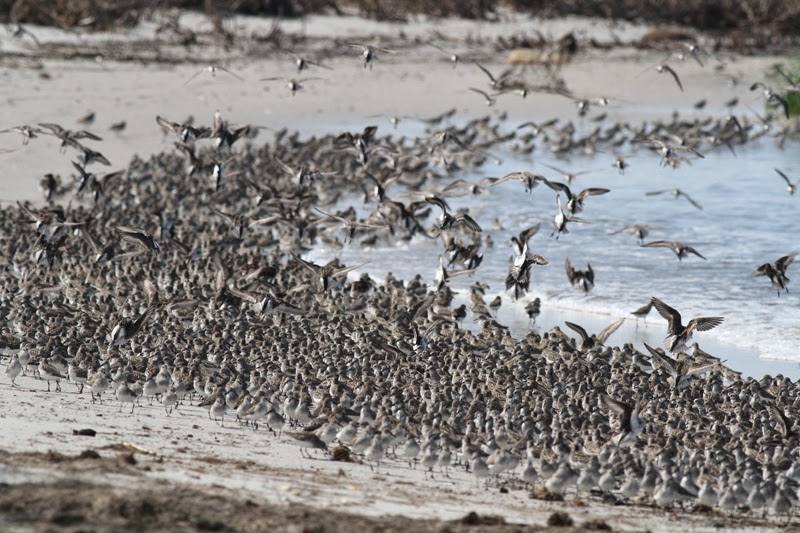 Shore To Please!! A beach covered in a moving, wall to wall mass of Semipalmated Sandpipers is a real sight to behold - and the epitome of Cape Maygration at its very best [photo by Mike Crewe]. 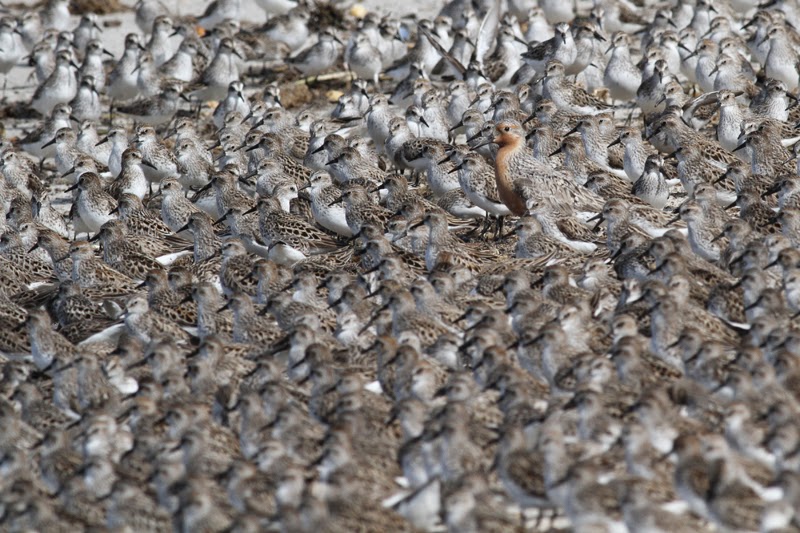 With so many Semipalmated Sandpipers in town right now, it can be difficult picking out something different - but this Red Knot stands out in the crowd [photo by Mike Crewe]. 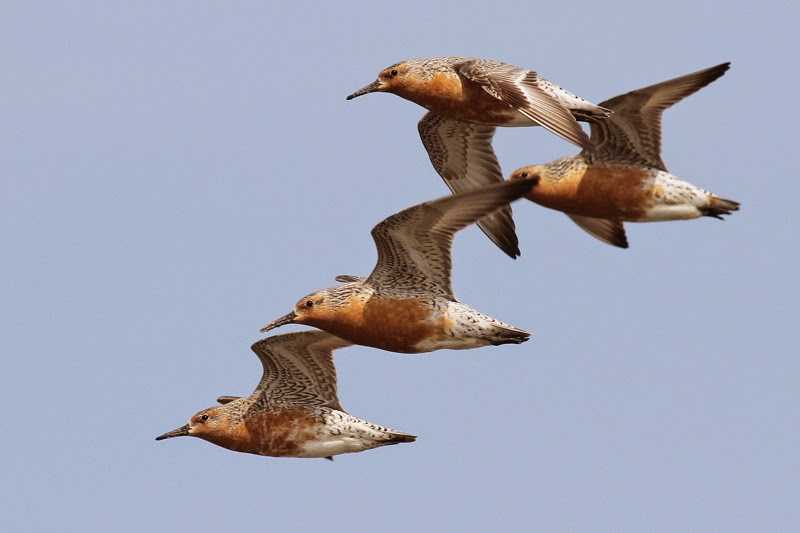 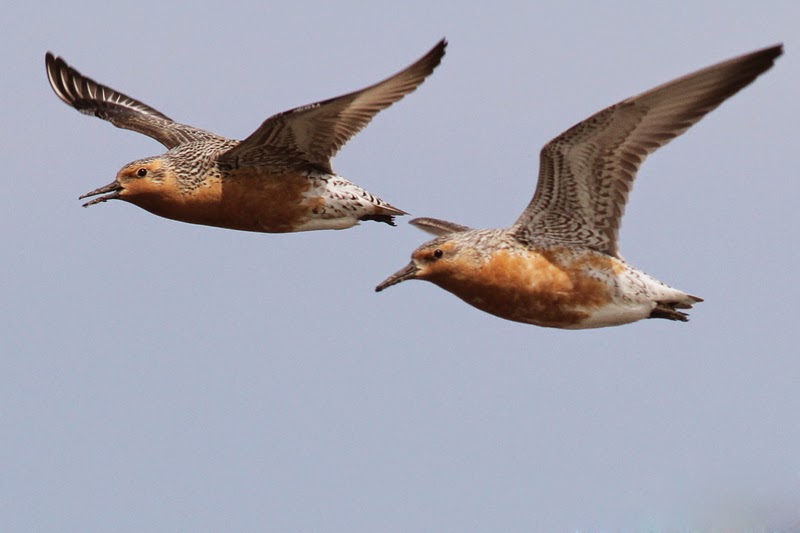 Fat and healthy looking Red Knots were flying right past our view point on this morning's walk - a sign that the Delaware Bay's fragile ecosystem is still hanging in there [photos by Mike Crewe]. 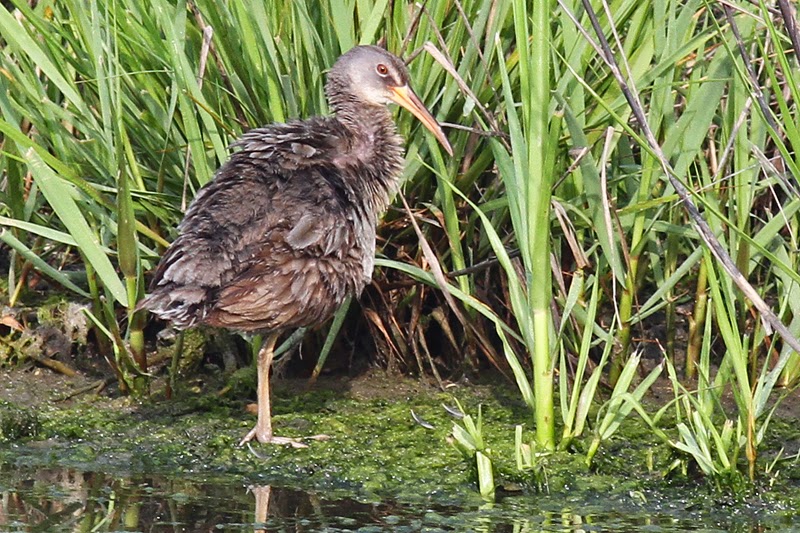 Heislerville WMA is a good place for Clapper Rails right now, as breeding birds tend to newly-hatched chicks. The smaller impoundment at the westernmost end of Matt's Landing Road is often a good place to see this species (as it was today...) [photo by Mike Crewe]. 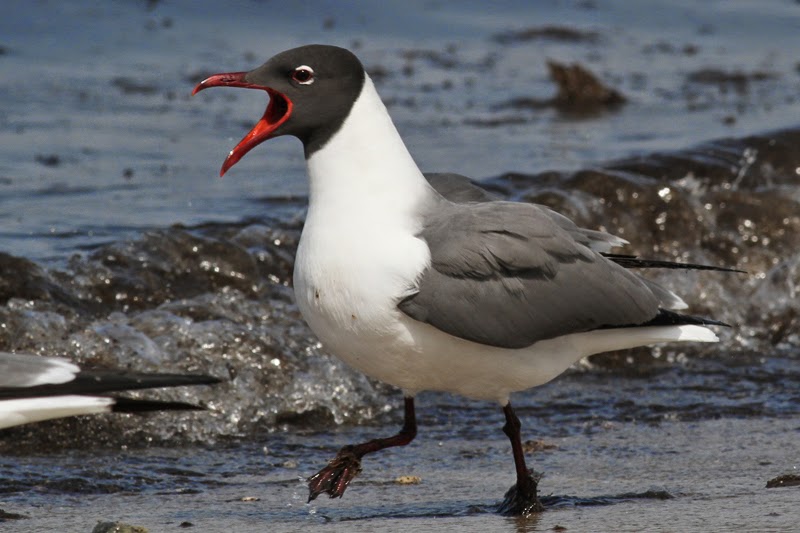 And don't fall into the trap of ignoring common species - Laughing Gulls are abundant in New Jersey right now, but they are very impressive in their breeding finery and make for some exciting photography [photo by Mike Crewe]. 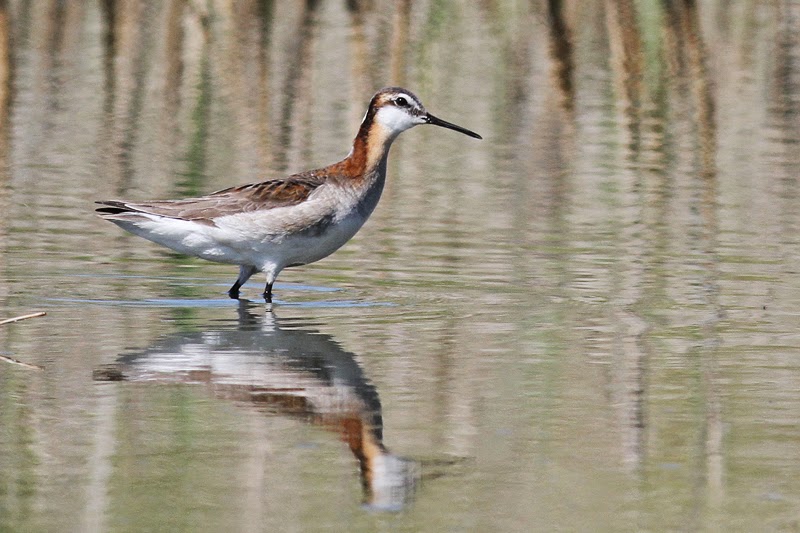 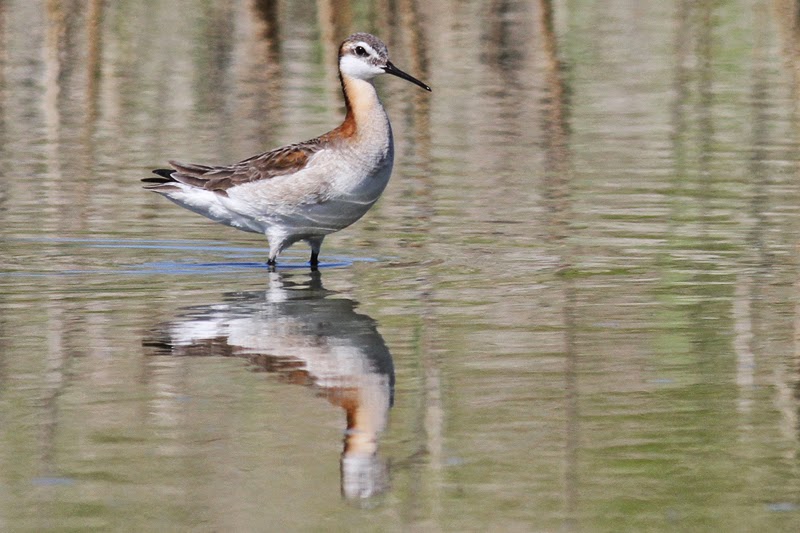 Good shorebirding can still be had elsewhere too. This Wilson's Phalarope appeared at the impoundments at Higbee Dike on May 25th, among a fine selection of other shorebirds. Though I at first thought this rather bright individual was a female, closer examination of the photos revealed it to be a bright adult male. In flight shots, the primaries could be seen to be fresh and unworn - making it an adult - therefore, the lack of pale gray on the crown and rich maroon and pale gray coloring on the mantle would indicate that this is a male. Individuals vary widely in overall species and ageing and sexing phalaropes can be difficult at the best of times [photos by Mike Crewe].


As we head into June, we see the start of the peak spring period for rarities (we hope!). A male Painted Bunting at the Hidden Valley section of Higbee Beach WMA, a good run of overshooting Mississippi Kites and a Wilson's Phalarope at Higbee Dike impoundments have all featured this week, while a late run of various wood-warblers at Cape May Point State Park caught many by surprise and was enjoyed by a relatively small number of people. We are now also entering peak time for offshore seabirding, with shearwaters, storm-petrels and other pelagic species gathering along the continental shelf some 80 miles offshore - so head for the beach of some rough weather with easterly winds blows up... 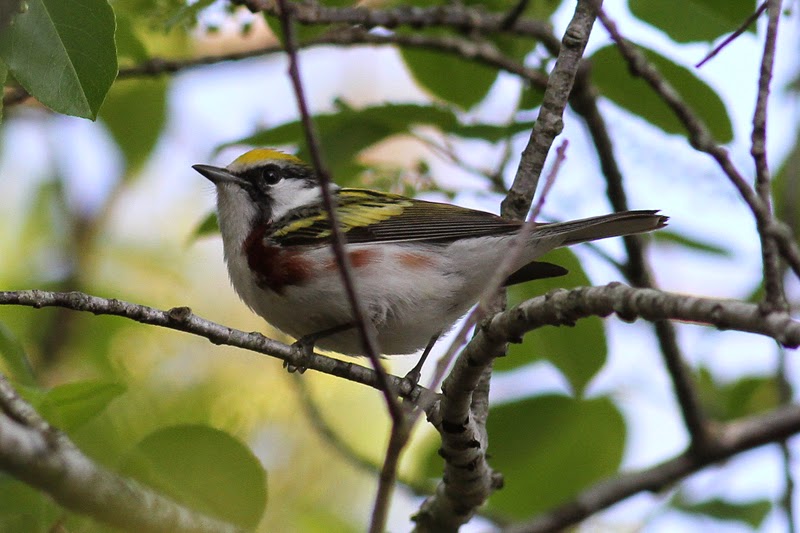 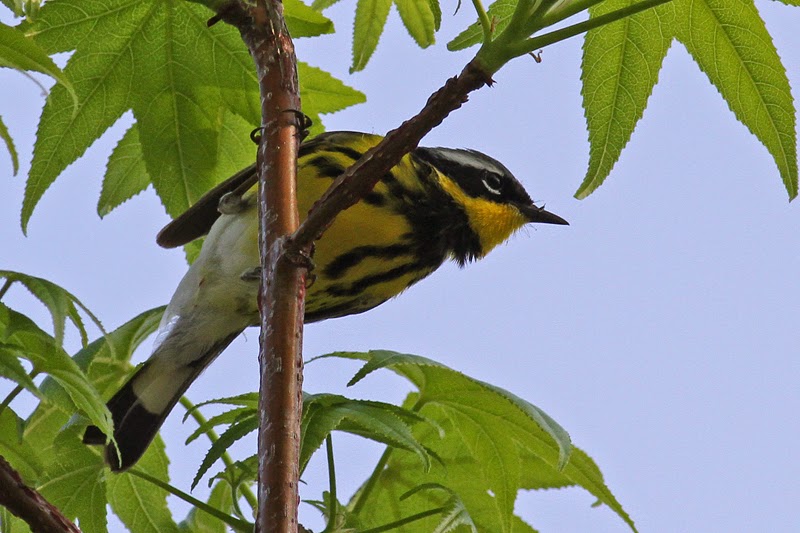 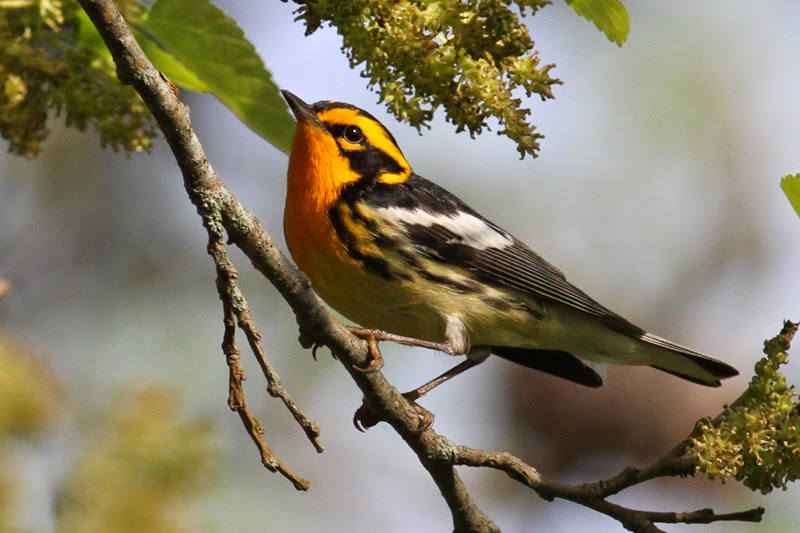 Last chance until next year... Though warbler migration will be strong at Cape May in the fall, spring birds will always be the ones that put on the best firework display. Here's just a quick selection of fine birds that graced Cape May Point a few days ago - and reason enough to hurry back here as soon as you can! Top down: Chestnut-sided Warbler, Magnolia Warbler, Blackburnian Warbler [photos by Mike Crewe].
Posted by Mike Crewe at 4:35 PM