Some recent notes and pictures

As ever, a nice selection of photos has come my way from generous photographers happy to share their work with us. Here are a few photos of recent bird activity around South Jersey - there's just so much going on in the spring here!! 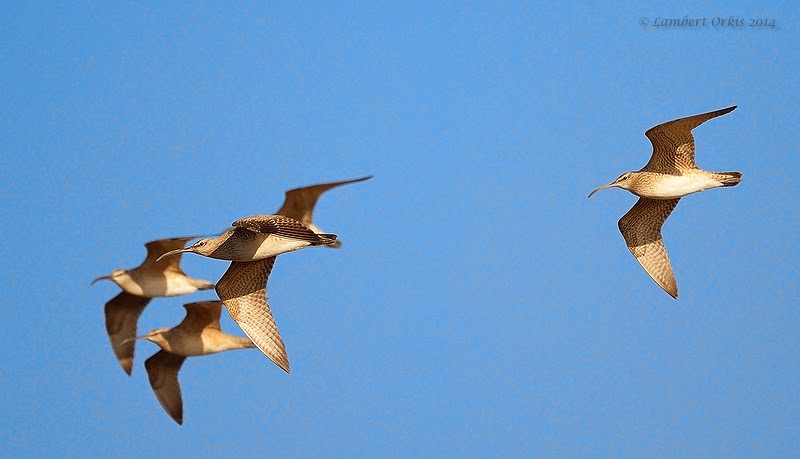 I was reminded of just how great a shorebird season it's been this year by this great photo of Whimbrel flighting over the Cape May salt marshes. These birds will be well north of us, up on their Arctic breeding grounds (photo by Lambert Orkis)

Where there's birds there's action; add a camera and you have some great photo opportunities if you sit, wait, watch and keep fingers crossed. A young Herring Gull chasing a Glossy Ibis to relieve it of its lunch was fine reward for this photographer [photo by Lambert Orkis]. 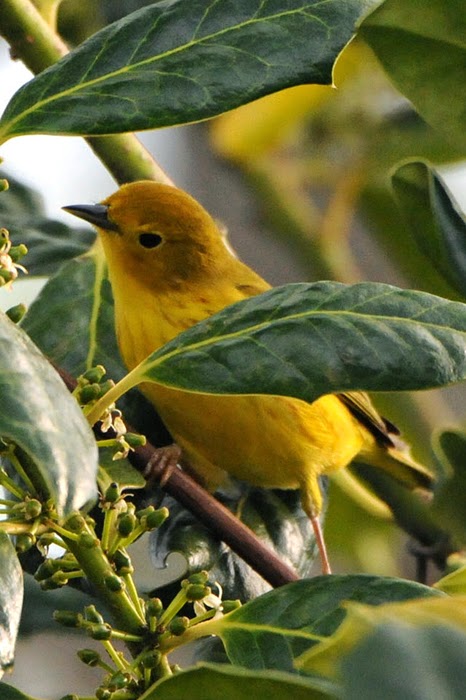 Since birds don't read books, it's not that unusual to find one that doesn't seem to be immediately recognizable. The amount of reddish coloration in male Yellow Warblers varies from one subspecies to another, but occasionally, an individual may buck the trend. This bird is likely to be an individual of the yellow-headed form normally found throughout the eastern USA, but it has a fairly extensive red wash to the head which vaguely resembles the appearance of the red-headed individuals found in the tropics (and often called Mangrove Warbler. Over long periods of time, such genetic variation in individuals is one of the ways that new subspecies evolve and - eventually - even new species [photo by Marvin Hyett]. 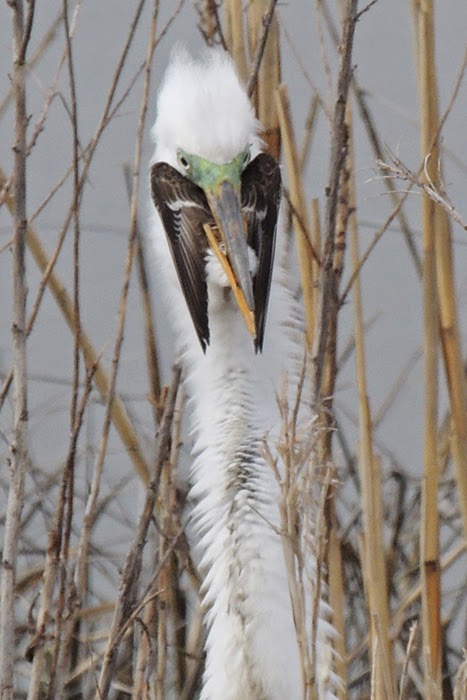 A fine set of whiskers! This Great Egret looks as though it is sporting a spectacular mustache - but look again... This bird has caught an unfortunate Semipalmated Sandpiper and clearly demonstrates that herons and egrets will take on anything so long as they can grab hold of it [photo by Richard Zielinski]. 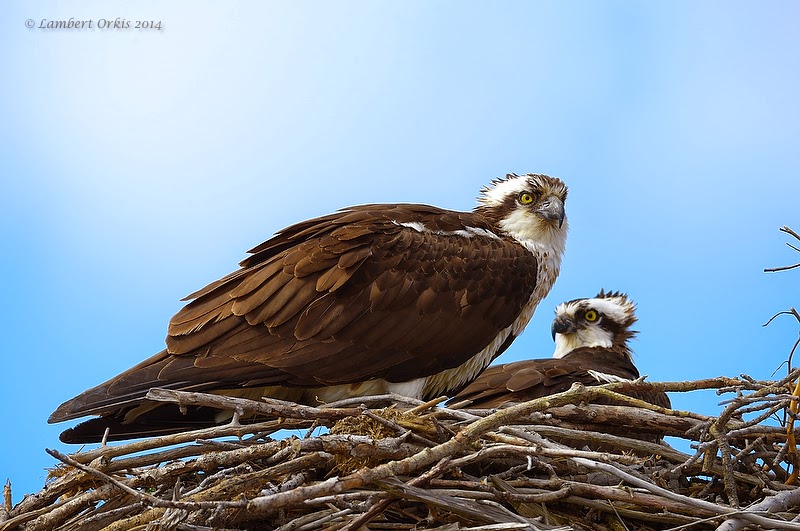 Ospreys are one of the iconic birds of the Delaware Bayshore and no visit to the backbays or beaches of Cape May is complete without burning up a few hundred megabites or more of digital data on these fine birds [photo by Lambert Orkis]. 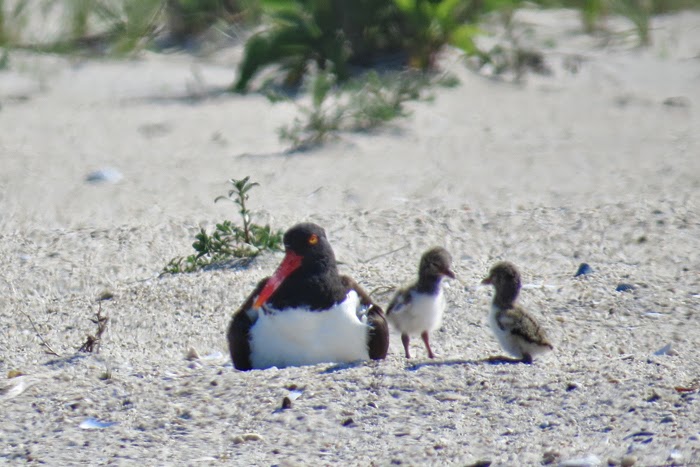 As we transition into summer, the babefest has began on Cape May's sandy beaches. These young American Oystercatchers are currently calling the South Cape May Beach their home and have been brightening up a number of our walks this past week [photo by Warren Cairo]. 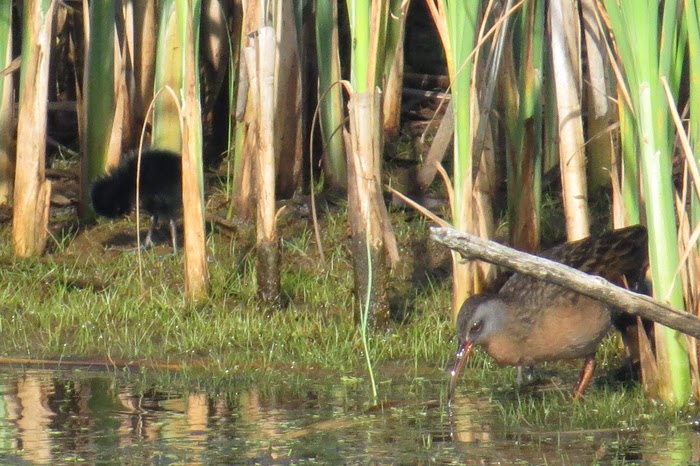 Birding is nothing if not full of surprises; this Virginia Rail appeared in The Meadows with no less than eight fluffy black chicks on last Monday's morning walk - note the little black chicklet left of center here [photo by Warren Cairo].