Well, at the risk of telling you "We told you so", Cape May came alight with all the colors of the rainbow today. It really has been a strange year weatherwise so far, with an unusually cold winter, all that late snow in March and a decidedly chilly April but, as if by magic, nature seemed to know that today was May, and this is Cape May!

Although there are many variables at play and the precise timing of spring varies a little from year to year, it really is amazing how everything seems to come together so neatly. Today started as though it was going to be a real damp squib - after a horrible day of rain and cold south east winds on the last day of April, Cape May awoke to fog to hail the first day of May. An early morning tour of some of the birding hotspots revealed very little happening around the point and migration watching was clearly going to be futile, but a warm southerly airflow was always going to bring birds at this time of year - birds that were going to be disorientated by the fog. Even by 07:30AM it was becoming apparent to me that bird were appearing around the Northwood Center and messages of good numbers of birds at Higbee Beach began to filter through. Slowly but surely, the birds showed up and the magic of spring was clearly happening; the first day with sustained temperatures above 60F saw the catkins unfurling on the oak trees, insects emerging in droves and a mass of birds. Other wildlife emerged too, and the first Fowler's Toad and Southern Gray Tree Frog of the year were calling at the store.

It's May at Cape May and the celebration has started. We have a whole month of great walks, workshops and boat trips for you to enjoy, so come on down for a few days and enjoy the wonders of Cape Maygration. And if you need just a little more persuasion, here's a few pictures of just some of the birds that were delighting visitors - all taken at the Northwood Center today! 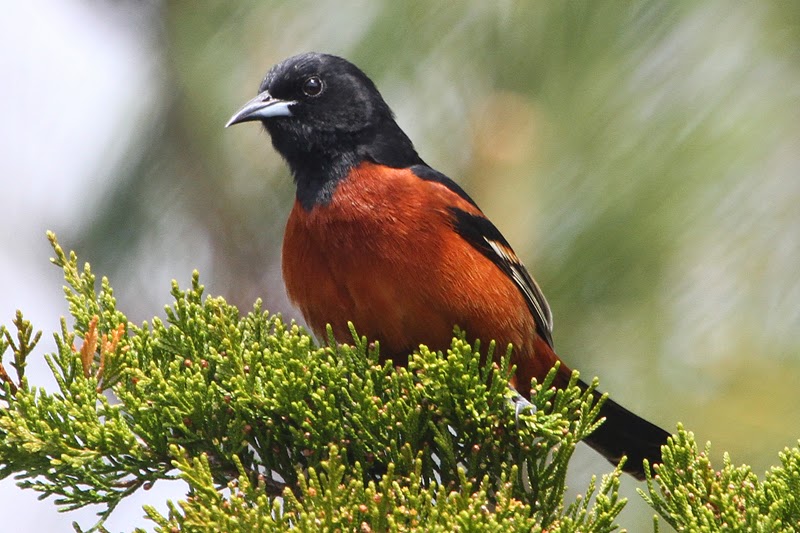 This male Orchard Oriole was busy finding caterpillars to eat in one of the cedars on the roadside... 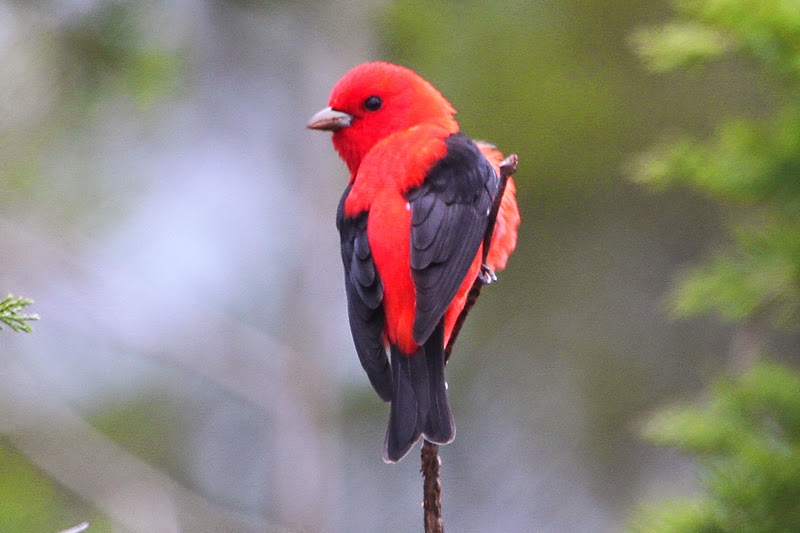 ...while this male Scarlet Tanager spent pretty much the whole day doing fly-catching circuits around the store. 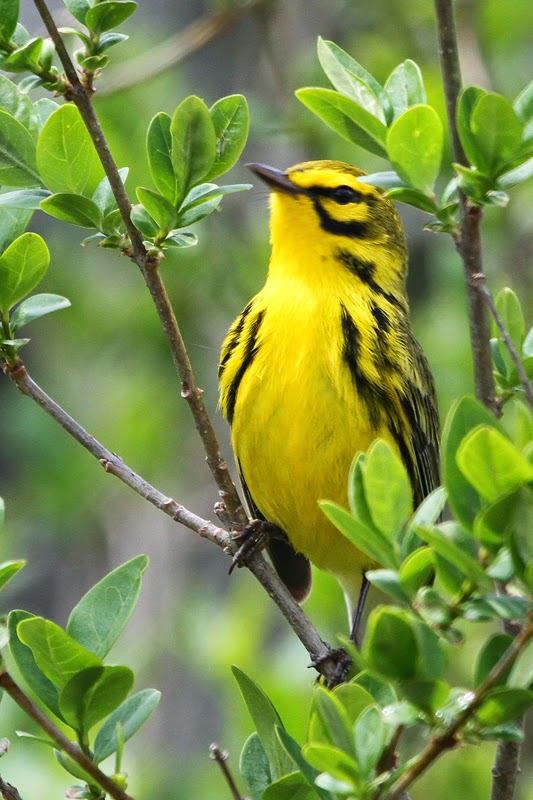 Prairie Warblers sang right outside the windows and really were impossible to miss while feeding at point blank range... 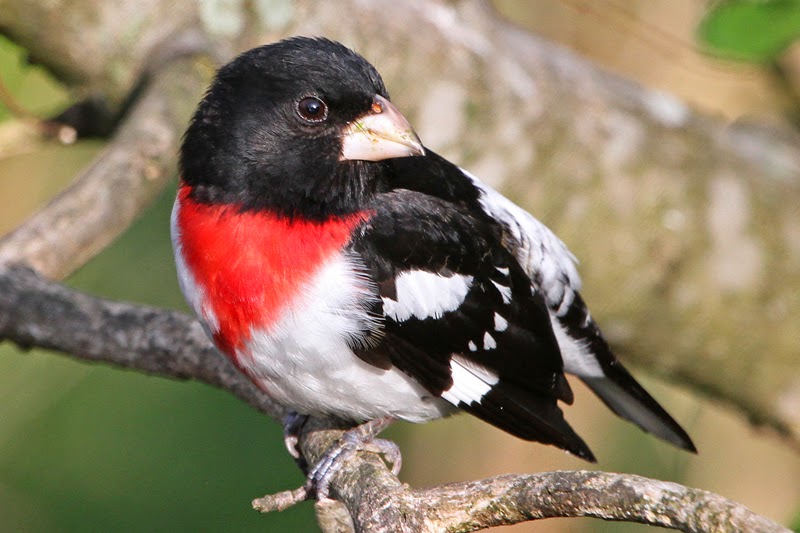 ...and Northwood's feeders really came alight in the early evening when four Rose-breasted Grosbeaks took control of the feeders. 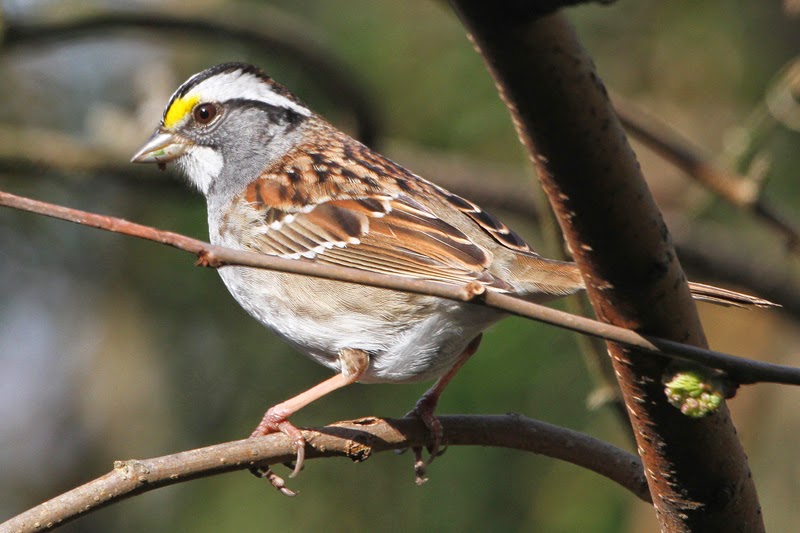 It's also worth remembering that some of our out-going birds look pretty smart right now too. While the majority of wintering White-throated Sparrows have started to head north now, a few colorful spring adults are still here to be enjoyed [photos by Mike Crewe].

Away from the Northwood Center, good numbers of birds could be found at Higbee Beach, The Meadows and Cape May Point State Park with the highlight being a Pileated Woodpecker at Higbee Beach, which may be the same bird seen at the point some weeks ago. Migration will continue to increase through the coming month and each day will bring new surprises. One thing is for sure - you have to be here to enjoy it! 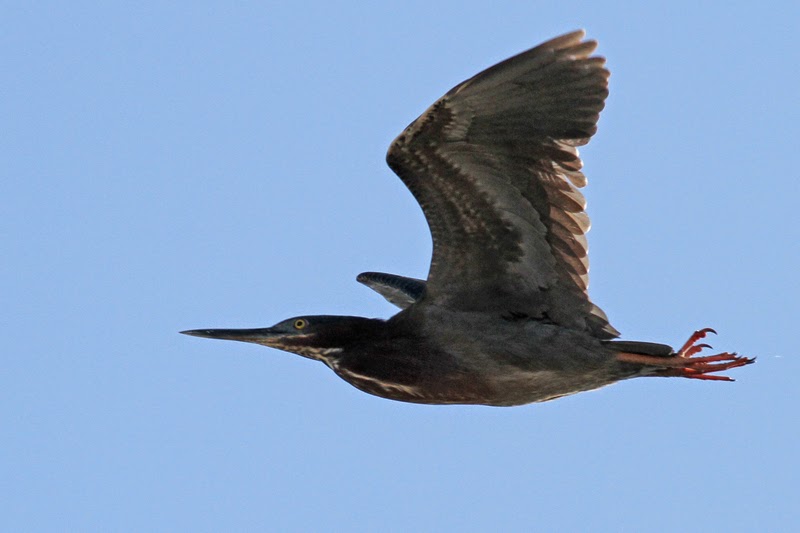 A Green Heron comes in off the Delaware Bay and heads along Cape May Point's beachfront. Wetlands all around South Jersey are busy with waterbird activity right now [photo by Mike Crewe]. 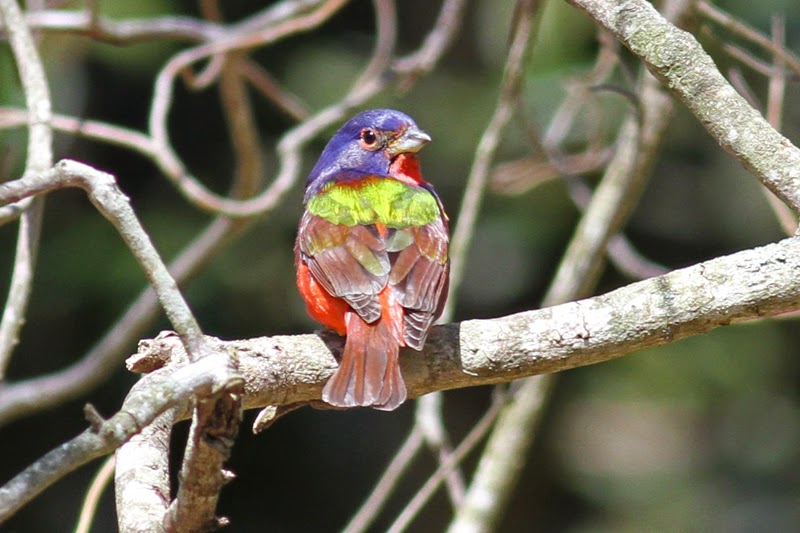 And of ocurse, Cape May always knows how to brighten up a dull day! This male Painted Bunting was at a feeder on Seagrove Avenue recently and may still be in the area [photo by Mike Crewe].