[Click on image(s) for larger version(s). All photos copyright by Tony Leukering.]

While Tom Reed noted the progression of arrivals of bird species in the past week or so, bug season, too, is progressing from the very earliest overwintering/emerging/arriving species to later-spring species. So, while Blueberry Azures are now quite hard to find, recently-emerged species such as Lilypad Forktail, 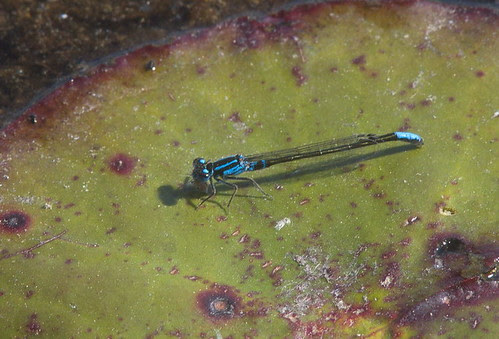 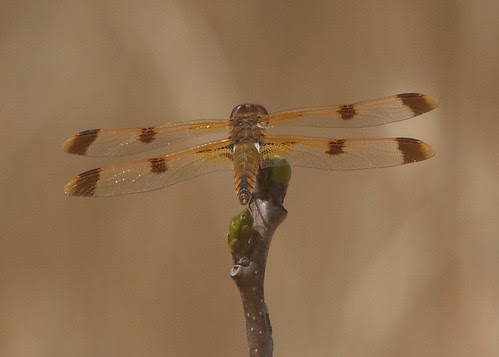 and Frosted Elfin are now in evidence. 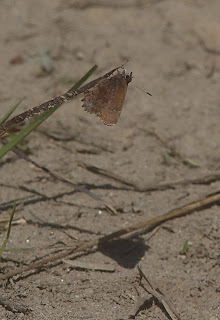 Though those second and third bugs (above) appeared around normal first dates, the Lilypad Forktails were apparently about a month early! Josh Nemeth found the first, a pair at Beaverdam SWA on the 16th; the previous first-date record for New Jersey was something like 15 May. Just to see if that was a local phenomenon, Glen Davis and I visited the best-known site for the species in Cape May County, Tarkiln Pond, on the 20th, and found them out in force (the photograph above was taken then). Also out now are Cobweb Skippers (below), a very local and rarish beast in Cape May County; I photographed two different individuals on the 20th. 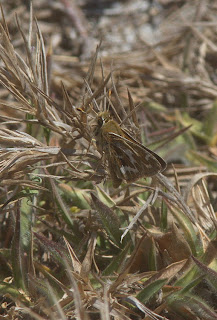 A lot of other insect species are out now -- most of which are not biting things! -- and birds are taking advantage of them. While toodling around Belleplain SF near Lake Nummy on the 13th, I photographed both female and male Blue-gray Gnatcatchers stealing silk from a Tent Caterpillar nest for their own nest. 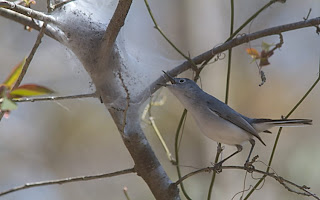 Tent Caterpillars are the larvae of a couple species of tent catepillar moth, particularly the Eastern Tent Caterpillar Moth, which fact provides an adequate segue to the next topic:  the new moth guide!

This new guide in the Peterson series covers southeastern Canada and the northeastern U.S. and presents photos of individual moths in life as we find them, rather than as pinned specimens with wings spread unnaturally. The book presents nearly 1500 species of the "few thousand" present in the area covered, a considerably better ratio than all other North American moth guides, particularly as it doesn't skimp on the micros -- those very small moths that most guides ignore because they're a) difficult, b) mostly not sexy by the casual moth-lover's standard, and c) tiny. Did I mention that they're tiny (most measured in single-digit millimeters)?

I have been test-driving the book for a few days and find that it is fairly useful. The biggest drawback is that southern New Jersey is near the southern boundary of the area covered by the guide, such that I suspect that the percentage of local species covered in the guide is smaller than might be true for, say, the eastern Great Lakes region. Regardless, it's a magnificent new resource, and I have already identified a number of lifers! The book is available for purchase at both CMBO centers.

Posted by Tony Leukering at 6:02 PM