Nothing brings out the insane streak in a birder more quickly than the suggestion of a hurricane. While personal health and safety clearly have to be taken into account, your average birdwatcher on the East Coast of the USA (OK, your beyond average, somewhat obsessive birder!) reacts very differently to the average person when news of a hurricane comes over the air waves. Hurricane Arthur ensured that the windy season started early at Cape May this year and it was very unfortunate for tourists and local tradesmen that this storm decided to head our way right on Independence Day. Dangerous rip currents and driving rain are not ideal components of a day at the beach but, as it turned out, Arthur decided to let us off lightly here and stayed far enough out to sea that its effects were very muted compared with what they might have been.

Perhaps the most exciting part of any hurricane is actually the gossip and speculation that goes on among local birdwatchers. What will turn up? Will this be another Bertha or an Irene? Do we need to brush up on our tropicbird identification? In the event, those of us that gathered at the Sunset Grille (which, incidentally kept us going with bacon sandwiches and coffee - thanks guys!) were treated to a good soaking and little more than a northward shorebird migration. Oh well, it's the element of the unknown that makes it so exciting.... 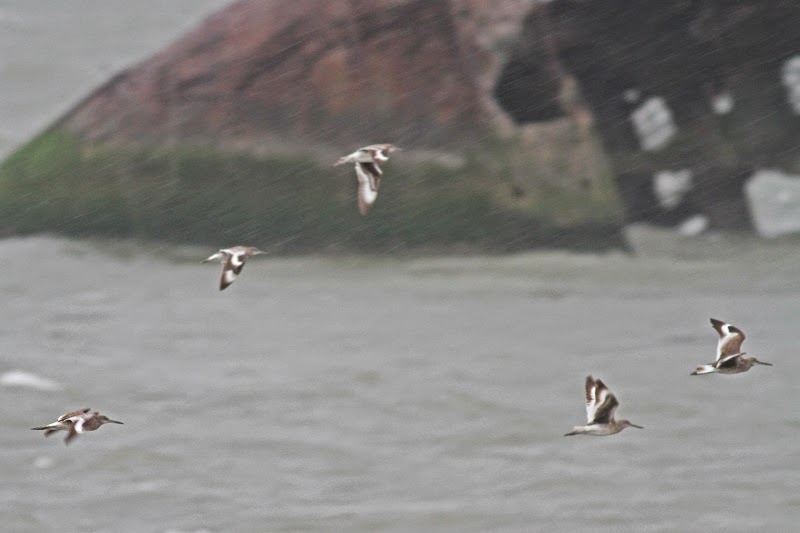 Eastern Willets were the majority species noted off Sunset Beach during the passing of Hurricane Arthur. Small parties will have been moving south at this time of year and no doubt a few got turned around and disorientated during the worst of the weather [photo by Mike Crewe]. 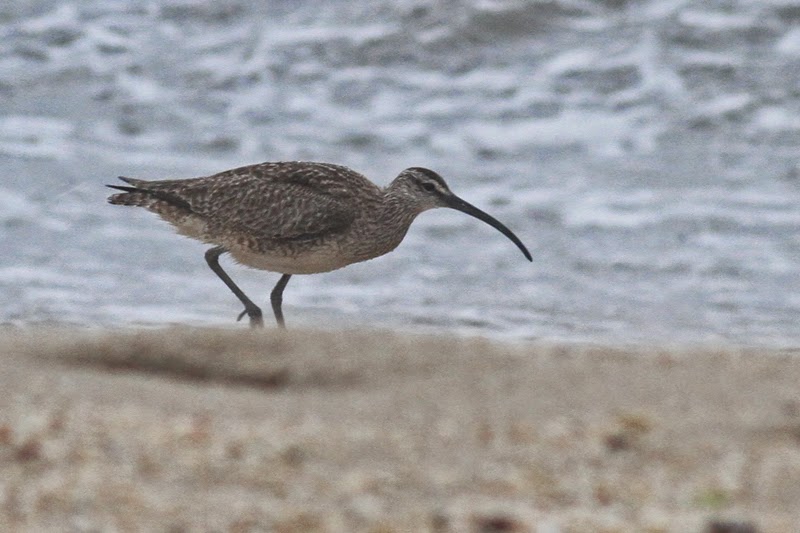 A small bonus for those who braved the weather was a light passage of Whimbrel, all heading north up the Delaware Bay - perhaps simply because flying into a northerly wind is easier than flying with it on your tail. This individual dropped in and fed on the beach for about an hour during the worst of the weather [photo by Mike Crewe]. 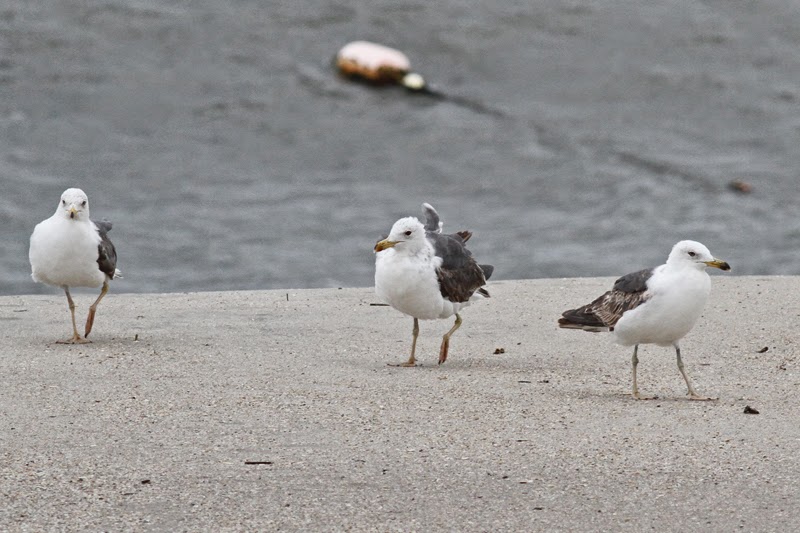 In the afternoon, after the eye of Arthur was to the north of us, the weather began to settle quite quickly. A check of the beachfront at 2nd Avenue revealed just seven gulls on the beach - but six of them were Lesser Black-backed Gulls! Here's three of them here... [photo by Mike Crewe]

Post Arthur, the weather has returned to sunny and very pleasant - though mornings have been decidedly cooler than they were last week. An Upland Sandpiper lurking in the dunes on Saturday got a few people out into the field and an interesting early fall passage of birds was found to be taking place. Indigo Buntings and Bobolinks, a Mississippi Kite and an array of shorebirds were all noted, while two Cliff Swallows passing west along the dunes were very unexpected in early July.

In the coming days, expect more and more shorebirds to be passing through; at this time of year, most of them will be adults and many will likely still be in breeding plumage. Fall migration has begun! 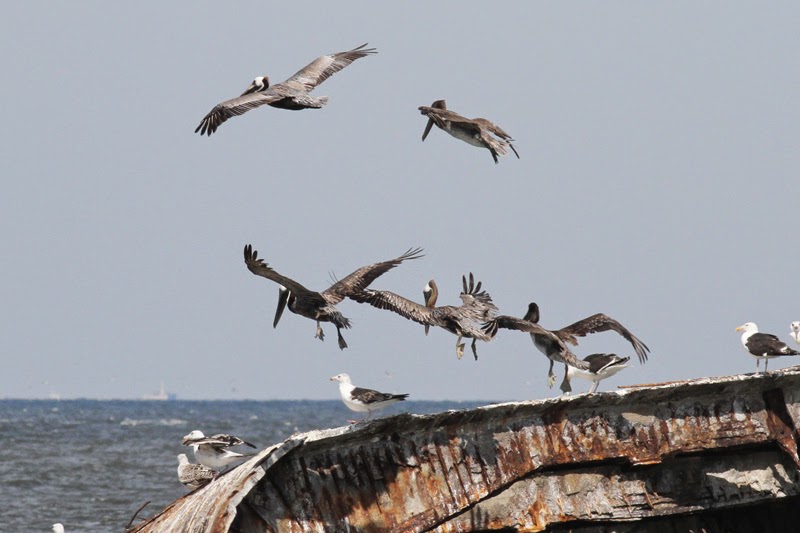 Things will start to turn over quite quickly now and there will be no substitute for being out in the field and enjoying bird movements. Here's five of the six Brown Pelicans that we found gracing the concrete ship with their presence this morning [photo by Mike Crewe]
Posted by Mike Crewe at 5:06 PM