WATERFOWL THROUGH HARRIER
At least 80 Black Scoters remained around CMP through the period, along with 1-2 Surf Scoters (m. ob.). A Ruddy Duck appeared at CMPSP 1-2 Jul, an unseasonal but not unprecedented date (JA, m. ob.). Gadwall sightings continued to roll in from SCMM and CMPSP on a daily basis, though confirmation of breeding remained elusive (m. ob.). Common Loons were again noted offshore SCMM and along the Intracoastal Waterway on several days (m. ob.). Notable at CMP, at least one Wild Turkey remained near Seagrove Avenue through at least 3 Jul (MG, KL). An impromptu pelagic trip crossed paths with a South Polar Skua about 30 miles east of Cape May on 30 Jun (MeC, MiC, MF, TR). This apparently represents just the second county record of the species. That same voyage also recorded 95 Wilson's Storm-Petrels, 6 Great Shearwaters, 2 Cory's Shearwaters, 2 Manx Shearwaters, and 2 Parasitic Jaegers. Hurricane Arthur stayed well east of Cape May as it moved past the area 4 Jul. As expected, the storm did not produce any vagrant seabirds locally. Brown Pelican continued to be seen on a near-daily basis-- the period's high count of 9 was notched at SCMM 30 Jun (m. ob.). An exploration of salt marshes in the northern half of the county turned up male Northern Harriers at Jake's Landing, Stipson's Island, and Tuckahoe WMA on 1 Jul (TR). 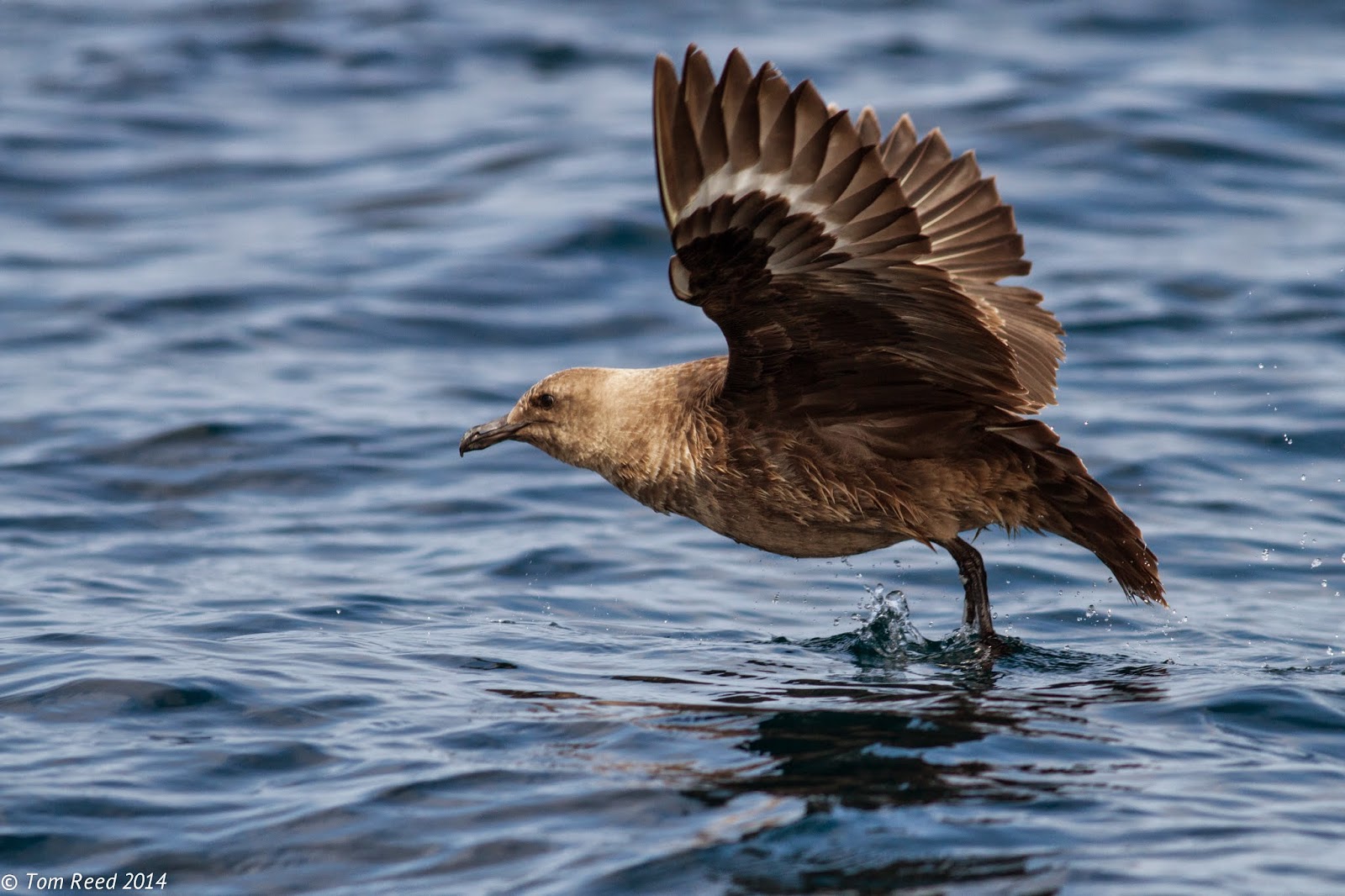 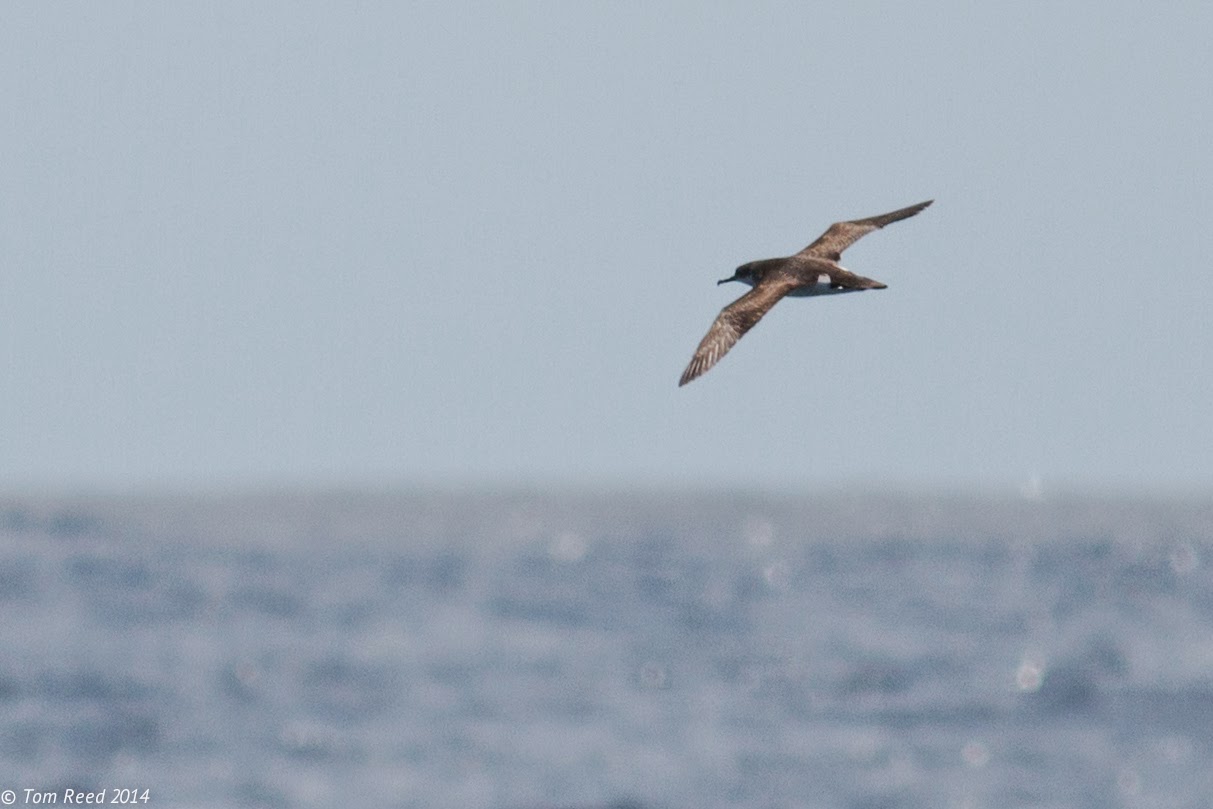 [ABOVE: South Polar Skua, BELOW: Manx Shearwater.
Observed at the "Cigar," about 30 miles east of Cape May, 30 Jun. Photos by Tom Reed.]


SHOREBIRDS THROUGH WARBLER
Piping Plover continues to struggle, with 3 pairs or less still nesting in the county this week (NJDFW). Southbound shorebirds started to trickle in. Some examples included 4 Spotted Sandpipers at SCMM 2 Jul (SR), 10 Whimbrel at Sunset Beach 4 Jul (MiC et al.), and 119 Willets over Reed's Beach 4 Jul (TR). A Roseate Tern was seen between CMP and SCMM 4 Jul (TB, m. ob.). At least 2 Black Terns appeared at CMP during strong southerly winds 3 Jul (MeC, MiC), and another was observed at SCMM 4 Jul (m. ob.). Royal Tern remained a low-density but regular visitor to the ocean side and Cape Island (m. ob.). Peculiar for the date was a Yellow-throated Vireo at Cox Hall Creek WMA 30 Jun (KH). The species has not been known to nest in the southern half of the county during recent years. A small influx of swallows, including 100+ Tree Swallows and multiple Bank Swallows, occupied CMP during the passage of a cold front 4 Jul (m. ob.). A Yellow-throated Warbler was singing again at CMPSP 3 Jul (MG, TR).