WATERFOWL THROUGH IBIS
Numerous observers noted the increasing number of Mute Swans at CMPSP this week. An unfortunate total of 42 was logged there 17 Jul (MH). Gadwall remained a regular sight at CMPSP, SCMM, and Cove Pool through the week. Breeding was confirmed when a hen was seen with 4 ducklings at SCMM 17 Jul (FS). "Scoter Summer" is still going strong around CMP, where as many as 100 Black Scoters and at least 3 Surf Scoters continued to be reported (m. ob.). At least one Wild Turkey was still wandering about CMP, most recently detected along Seagrove Avenue 14 Jul (BR). It was a slow week for seawatching. Small numbers of Wilson's Storm-Petrels continued to be reported from shore at Cape Island. Various vantage points at CMP, CMPSP, and SCMM provided views of the species, and reports also came in from ferry crossings (m. ob.). There was a marked decrease in Brown Pelican reports, though one ventured into Delaware Bay as far north as Reed's Beach 14 Jul (TR). The species is irregular and uncommon that far up the bay. A White-faced Ibis was gleaned from a flock of 102 Glossy Ibis at SCMM 14 Jul (TR), and was seen again 15 Jul (LZ, WC). It has not been seen again. 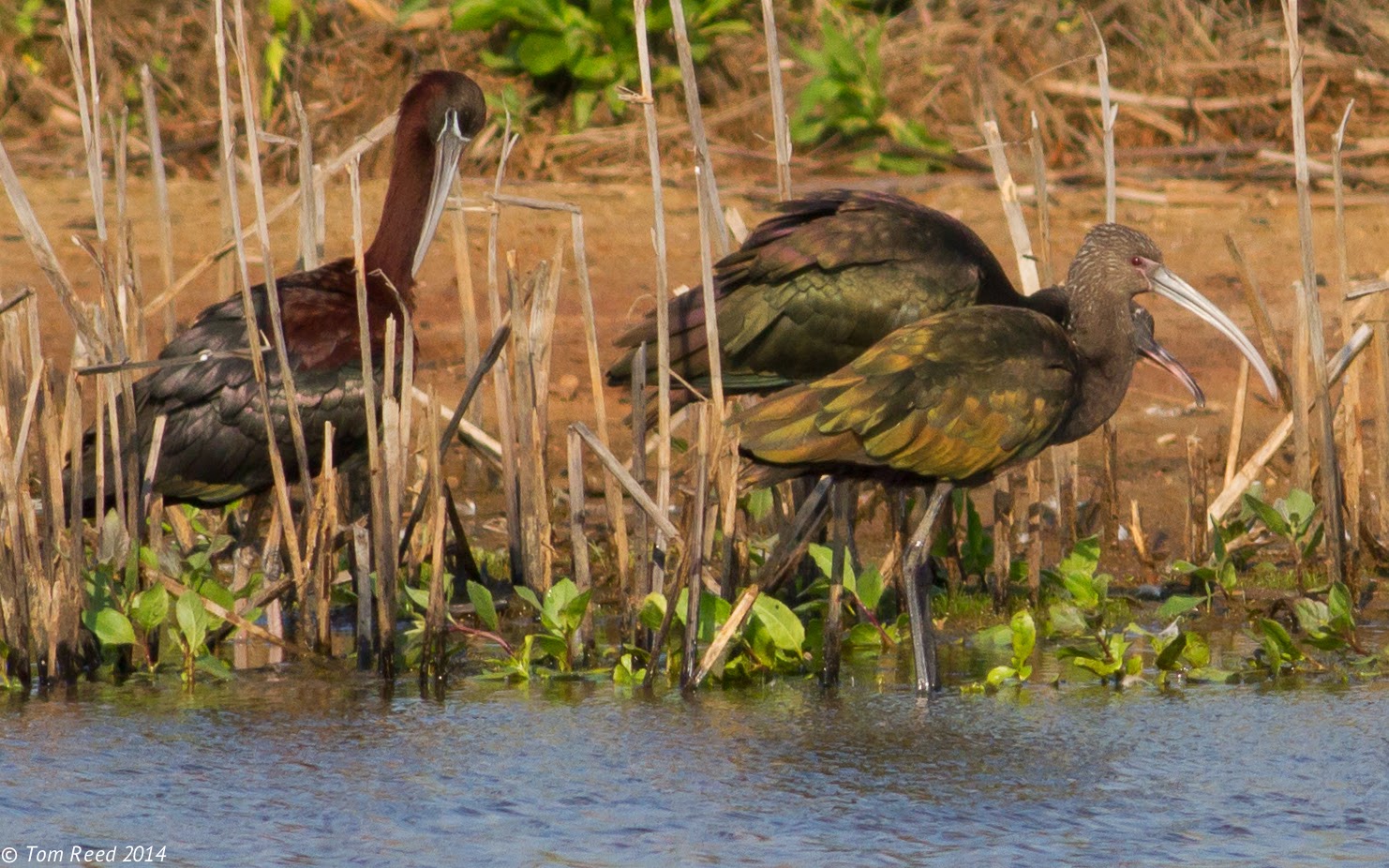 SHOREBIRDS THROUGH TERNS
Shorebirds moved past in dribs and drabs throughout the period. Least Sandpiper, Short-billed Dowitcher, and Lesser Yellowlegs were among the more common species migrating south during the last several days. Over 250 Least Sandpipers were counted from SCMM 16 Jul (TR), and 50+ Lesser Yellowlegs zipped by CMP 17 Jul (TR et al.). Whimbrel were moving along both sides of a cold front this week. A total of 31 motored over SCMM during strong south winds ahead of the front 14 Jul (MC, TR), before another 21 navigated past the same site during foggy conditions, just as the front moved through 16 Jul (TR). Less common migrants at Cape Island included a Marbled Godwit over CMPSP 16 Jul (FS et al.), along with an Upland Sandpiper, 6 Western Sandpipers (TR) and at least 1 Stilt Sandpiper (KL et al.) in or above SCMM the same day. Lesser Black-backed Gulls continued to roam ocean side beaches, and a count of 12 was obtained at SCMM 14 Jul (MO'B). Terns featured prominently again this week. A Sandwich Tern dropped in at Bunker Pond, CMPSP on 18 Jul (WC, m. ob.), and 2–3 Roseate Terns continued to put in sporadic appearances on the beaches between SCMM, CMPSP, and CMP (m. ob.). Black Tern should become more regular in coming weeks-- the only recent report was of a single at SCMM on 13 Jul (JC). Caspian Tern will likewise increase through the rest of summer, and several arrived at sites such as Corson's Inlet, Hereford Inlet, and CMPSP in recent days (m. ob.). Gull-billed Tern is generally uncommon at Cape Island, therefore 2 at SCMM 14 Jul, and the same or another there 16 Jul, are worth mentioning (MC, TR). 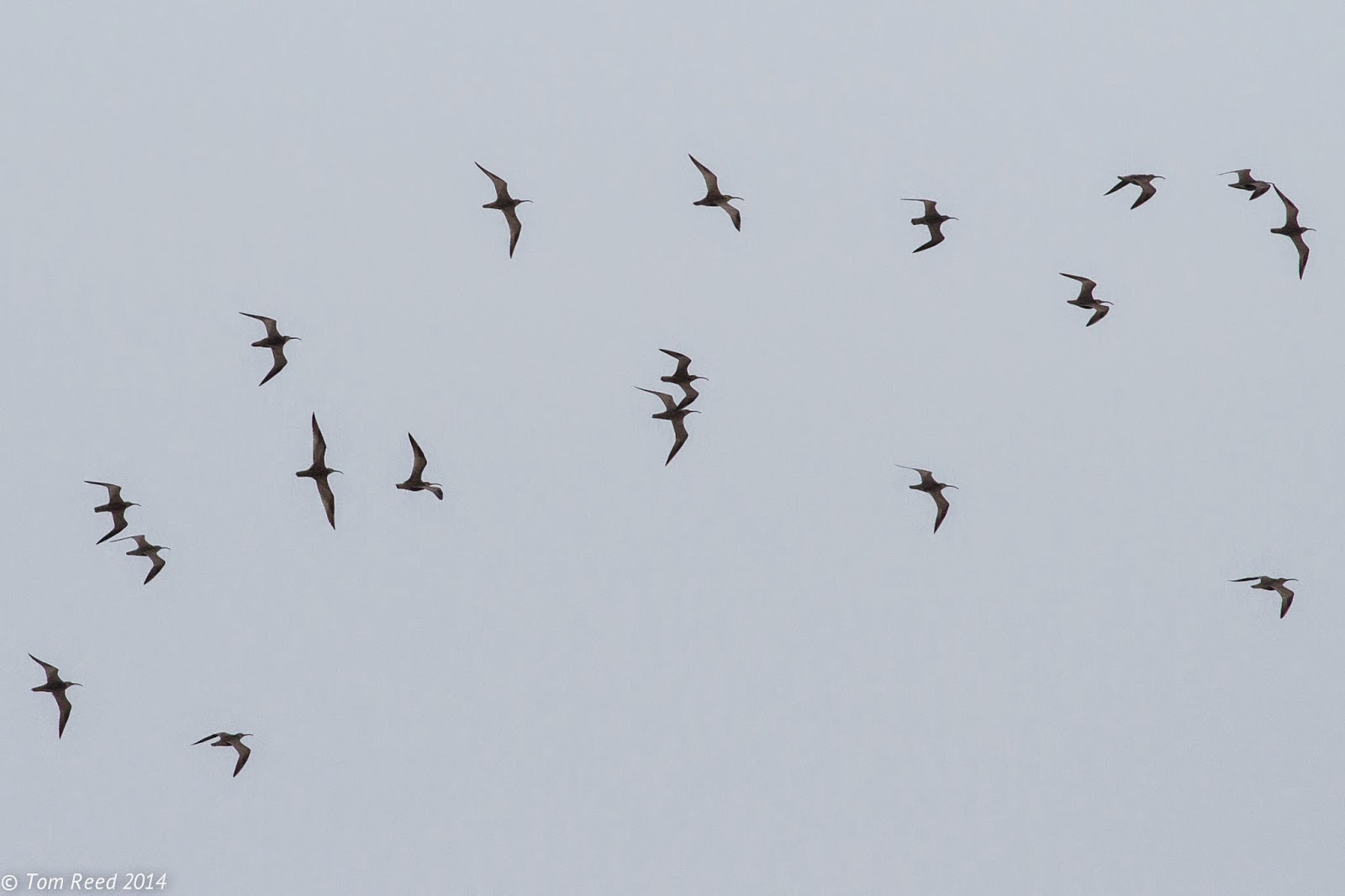 DOVES THROUGH BOBOLINK
A White-winged Dove was discovered at the corner of Lincoln & Lehigh Aves, CMP 11 Jul and continued in the immediate area through 15 Jul (EO, m. ob.). There have been no reports since. This individual represents the second seen in Cape May County this year. CMP's Eurasian Collared-Dove remained elusive, apart from one sighting of it on the wing near Lighthouse & Seagrove Aves 13 Jul (TR). Willow Flycatcher reports have been sparse in recent days, but 2 were heard at CMPSP 17 Jul (TR et al.). There was a noticeable movement of swallows and songbirds over Cape Island 17 Jul, following the passage of a cold front. Swallow estimates included 10+ Cliff Swallows, 20+ Bank Swallows, and 400+ Barn Swallows. (m. ob.). Songbird migrants included 25+ Yellow Warblers and 20+ Bobolinks (m. ob.). 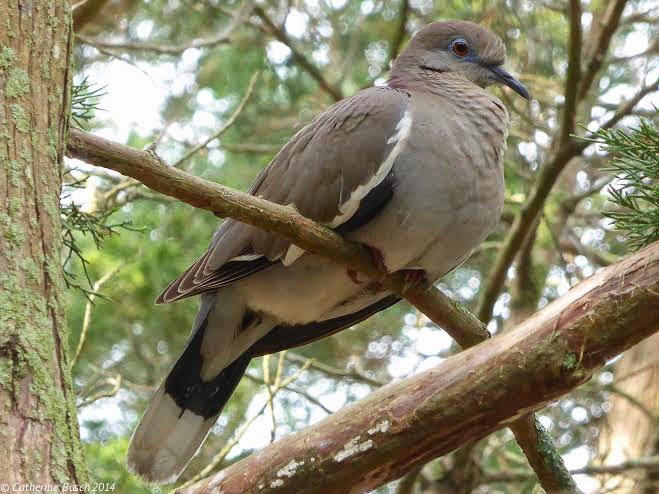