Reflections on the Flight

Everyone still glowed from the great Wednesday morning flight over seafood and beer last night. One thing that came out from the Morning Flight contingent is that folks often come to see "Morning" Flight at 10:00 a.m. - that's much too late. Someone, maybe Scott, suggested we should rename it "Dawn Flight." Much more apt - the first hour after sunrise is always the best one. Be sure to check out Tom Johnson's report on the flight, as well as Melissa Roach's notes on the hawk flight and Wood Stork. 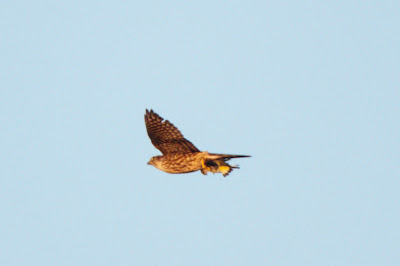 [In case anyone was wondering why songbirds migrate at night. . . birds like this American Redstart are very vulnerable to fast predators like Merlins in the open sky. That fact, plus cooler temps and stabler air, were important factors in the evolution of nocturnal migration. Another Scott Whittle image, click to enlarge.]