Cape May pelagic a rousing success!

[All pictures copyright by Tony Leukering. Click on image(s) for larger version(s).

Yesterday's pelagic trip, organized by See Life Paulagics was superb. The trip was conducted on the Starlight Fleet's Atlantic Star, a very comfortable 110' head boat sailing from Wildwood Crest. An auspicious forecast had everyone excited for the possibilities and, though the weather turned out not as benign as forecast, expectations were met. And surpassed!

Departure in the pre-sunrise hours (at 6:06 am, if you must know the precise time) had us on the ocean by the time the sun came up, heading a bit south of ESE to a temperature break (a meeting of water masses of different temperatures, which often concentrates food resources, thus the birds that take advantage of such) about 32 miles out. 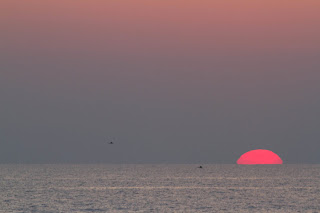 [Two Red-throated Loons flying north past Cape May and the rising sun.]

Even before the first smidge of the sun was in view, flying Red-throated Loons and all three species of scoter were being counted. Razorbills were also quickly added to the day list, with singles and flocks being encountered frequently in the first ten miles outbound. Once well out at sea, a few Herring Gulls encouraged us to finally initiate chumming with bread, beef fat, and fish parts, which eventually got us a horde of ship-following gulls and Northern Gannets vying for scraps. 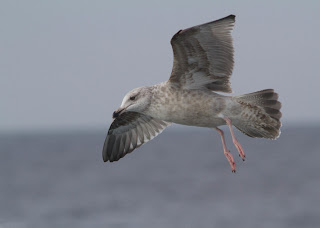 Not only does chumming allow for great photo ops of common species, such as the following pictures of a variety of ages/plumages of Northern Gannet... 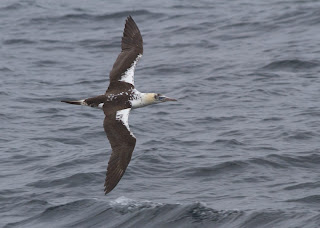 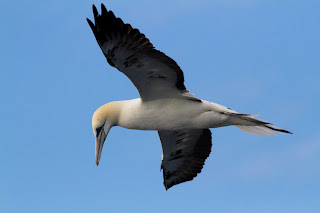 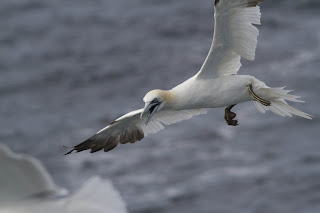 ... but the sheer activity of 50-150 birds trailing the boat attracts other, perhaps more-valued, beasties, such as this 2nd-cycle Black-legged Kittiwake (six or so kittiwakes on trip)... 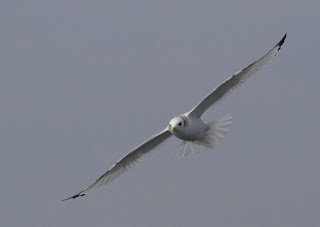 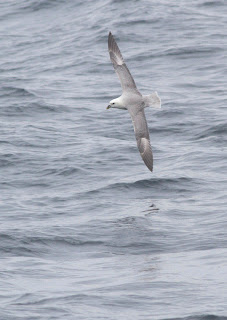 However, by the time that there were lots of gulls and gannets following the boat, participants had already been reveling in the stars of the show, which included this large Fin Whale... 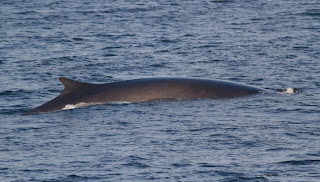 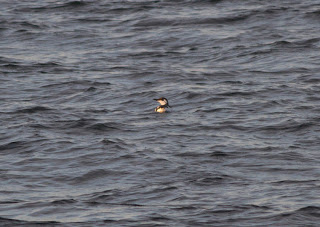 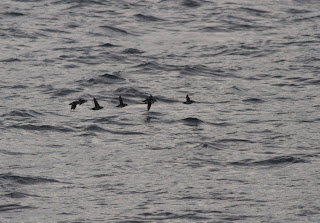 [Distant singles and flocks flying by] 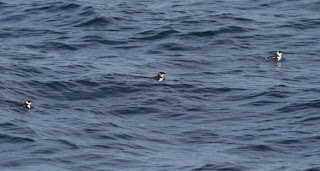 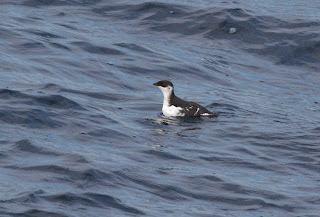 [Some allowing quite close approach]

... and, most importantly, Atlantic Puffins, of which the trip total was 18! 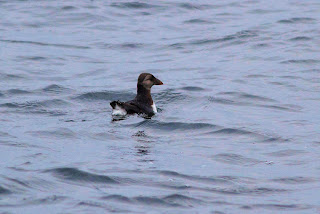 It is hoped that five or six more pelagic trips will be conducted this year on the Atlantic Star, including the one during the CAPE MAYgration event in mid-May; details for all will be announced on this venue and, perhaps, we'll see you there!
Posted by Tony Leukering at 5:43 PM