Special Treats for the Weekend

Well let's hope that the forecast holds good because, after the mighty blow of yesterday, it's nice to see that a sunny weekend is predicted. We know that March can be a bit rough at times, but generally we also know that winter is behind us and we can start thinking about warmer weather. Another milestone for the year comes with the changing of the clocks this coming weekend.

Longer days to come and an upturn in the weather - what more excuse could you need for getting out on a Cape May workshop. Two of my favorite CMBO programs take place this weekend and, if you're quick, you could just squeeze in on a place on either of them. First up comes our regular Gulls Workshop, run by our local gull guru, Michael O'Brien. Gulls can be very confusing when you are trying to get to grips with them for the first time and even those of us who have been birding for longer, benefit from a few memory joggers from time to time. This workshop doesn't aim to confuse by swamping you with huge amounts of new information; Michael does a great job in focusing on one or two common species and teaching principles that can be applied to other species too.

The second special program we have coming up this Saturday is the second of our Woodcock Dance programs for this year. The first program went very well indeed, with the indoor talk on the ecology of woodcocks being followed by a wonderful outdoor session, during which the local woodcocks performed perfectly for the band of gathered admirers. Come and make a Cape May weekend of it!

Contact our Program Registrar for more information on these events by calling 609-861-0700. 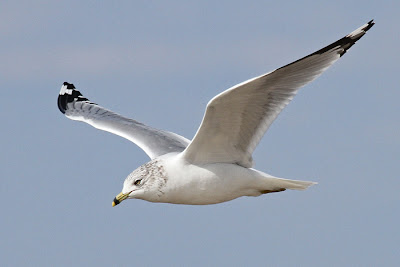 Clean, well-marked adults like this Ring-billed Gull can be easy to identify and provide a useful yardstick for measuring others against. Come and learn the 'tricks of the trade', or just top up your knowledge, ahead of one of the busiest seasons for gull movements here [photo by Mike Crewe]. 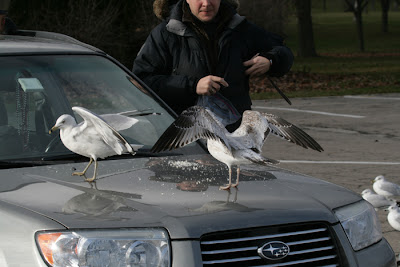 Time to test yourself! The gulls are here, just waiting for you to come and share some tasty, locally-baked Cape May bread with them! [Photo by Mike Crewe] 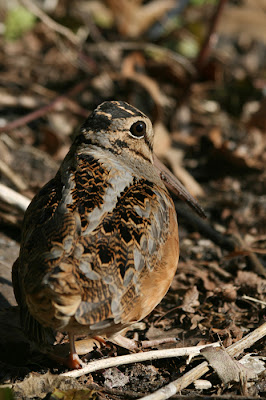 Wonderful woodcocks! Ever wondered what that strange beeping noise is that you hear around dusk at this time of year? Come on our woodcock program and see for yourself [photo by Mike Crewe].

Recent Sightings
Some overwintering treats are still being reported around Cape May, including up to two Golden Eagles at Tuckahoe-Corbin City Impoundments, a House Wren and Orange-crowned Warbler in Cape May Point State Park, a Tricolored Heron in the Nummy's Island area and a Cackling Goose which wanders with the Canada Goose flock around Cape Island (recently most often seen around the Rea Farm or Shunpike Road areas). The Common Teal remains elusive but probably still present on Lighthouse or Bunker Ponds and Red Crossbills and Eurasian Collared Doves continue in the streets around Cape May Point. The little run of early Piping Plover sightings continued last week with two at Stone Harbor Point on 1st and 2nd and an Osprey was near the Wetlands Institute on 1st, continuing a run of sightings of this species this winter. If you are heading to the barrier islands in the next 24 hours or so, be aware that some routes may be temporarily closed due to flooding or fallen power lines after yesterdays storm.
Posted by Mike Crewe at 11:31 AM