Waking up in my warm bed the first thing I do is look at the current weather conditions. Oh great, 12 degrees, winds out of the NW 20-30 MPH, and snow still on the roads... Why the heck would anyone want to get out of bed and go birding in that?! That's the constant battle in my mind this time of the year; every single morning. But thoughts of warm Wawa coffee and chicken noodle soup (for breakfast?!) come seeping into my mind.

In Rio Grande, jumping out of the car at Wawa in the early morning usually means Ring-billed and Herring Gulls, Fish Crows, European Starlings, Boat-tailed Grackles, and House Sparrows. Alright, it's a start, but let's get out of the center of town. It's awful windy out so passerines are out of the question....

So what is this long-winded daily life coming to? Waterbirds of course! This kind of weather bring dreams of duck flocks forced out from freezing water to points further south, usually to Cape May but even here many of the marsh creeks are locked up solid. That leaves sounds in the The Great Marsh that are a bit deeper and with enough wind action to keep them open. Stone Harbor and Avalon are the classic go-tos to get your fill of what winter waterbirds in Cape May have to offer. If you couple it with a bright clear sunny day, you can't go wrong! Let's start at the Avalon Seawatch- largest body of open water! 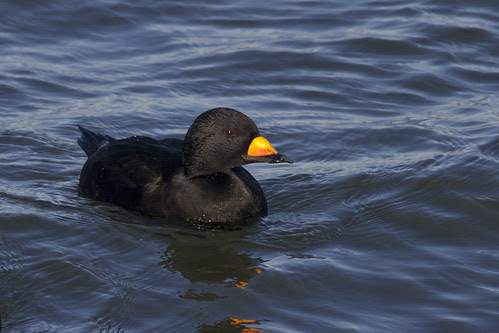 Black Scoters can be heard whistling their downward courtship calls
far from the ocean on the right day in Cape May; the flock of 800+ Black Scoters
at the Avalon Seawatch was an endless chorus of them! Many scoters were seemingly paired up.
[photo by Sam Galick] 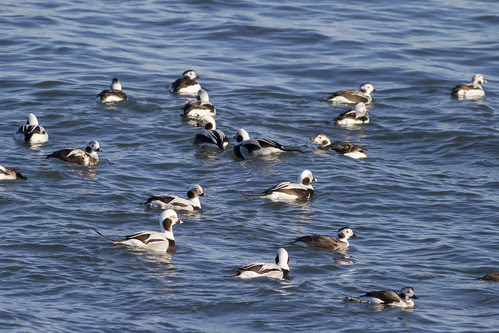 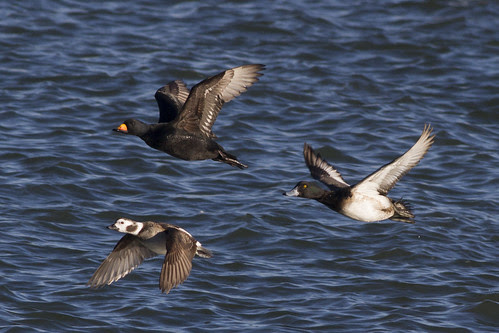 The afternoon light is a pure delight... an immature Herring Gull
decided to have a go at one of the Black Scoters, sending the whole flock into panic!
[photo by Sam Galick] 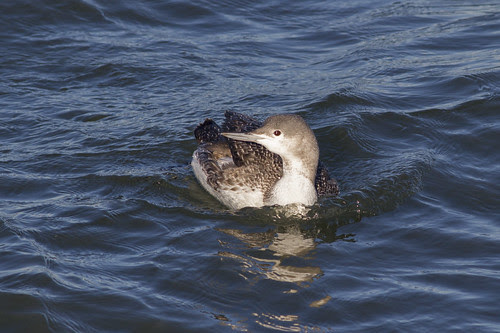 Red-throated Loons can also be heard late in the winter here; another wailing creature of the ocean!
[photo by Sam Galick] 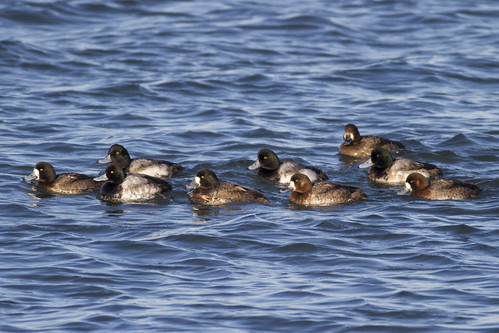 Greater Scaups have infiltrated our area lately from the cold temperatures and
being locked out of previously open water. In this group though, something looks a bit different...
Can you pick out the Lesser?
[photo by Sam Galick] 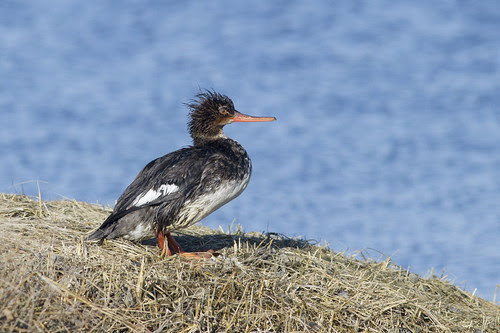 Around the corner, Avalon Manor was another hotspot of bird activity
this afternoon, although this Red-breasted Merganser probably wasn't feeling so hot.
Birds rely on their feathery down to stay warm, especially waterbirds. Matted feathers from
oil, 12 degree nights, and winds gusting to 25-30 MPH for a duck is not a good combination.
[photo by Sam Galick] 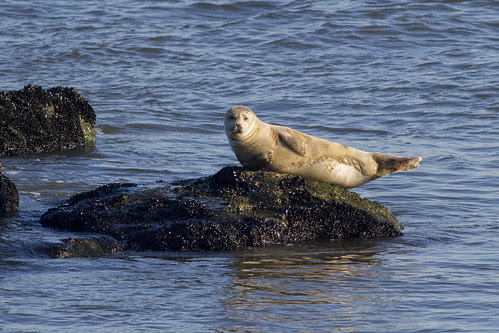 Waterbirds aren't the only thing to look out for from the Avalon Seawatch- this Harbor Seal was trying it's best to get some morning low-angle vitamin D from the sun.
[photo by Sam Galick] 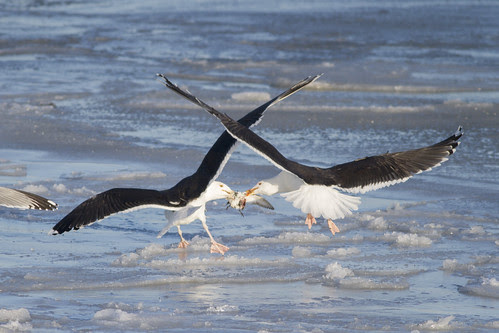 Harsh temperatures and frigid winds are a hardship for some and an opportunity
for others. This was one of several Dunlin that met their fate at Stone Harbor this morning.
[photo by Sam Galick]
Posted by Sam Galick at 10:38 PM