Darners: It's What's For Dinner

Recent photo ops from the Hawkwatch Platform illustrating the gustatory uses to which many -- and surprisingly varied -- birds put those large dragonflies known as darners. 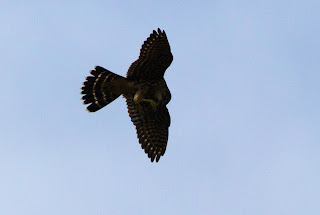 [Merlin is a well-known on-the-wing predator of dragonflies, with this view repeated uncountable times during the course of every Hawkwatch season. Picture from 7 September.] 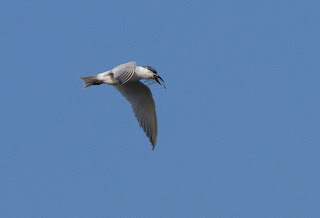 [Gull-billed Tern -- this individual of which is getting toward late for the season -- is another well-known dragonfly predator, though this view has been, in my experience, very rare from the platform. Picture from 9 September.] 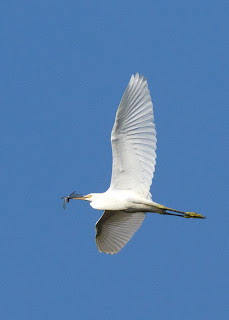 [This one surprised all of us on the platform, as Snowy Egret is NOT well-known as a predator of, at least, adult dragonflies. Picture from 9 September.]
Posted by Tony Leukering at 8:52 PM