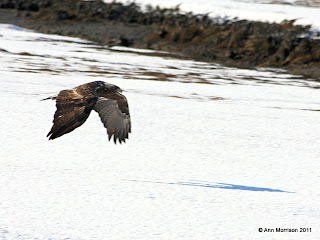 [Ann Morrison captured the wintering Edwin B. Forsythe NWR Golden Eagle, and its shadow, on Sunday. Click to enlarge.]

Birders heading up to Edwin B. Forsythe NWR have regularly been getting great looks at some fancy wintering raptors, including Rough-legged Hawks and at least one Golden Eagle. Also at Forsythe of late have been Tundra Swans, Common Mergansers, Eastern Meadowlarks, and "Ipswich" Savannah Sparrow. 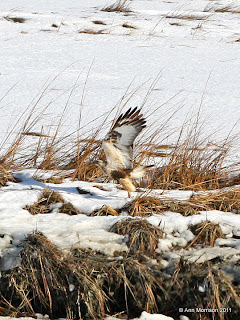 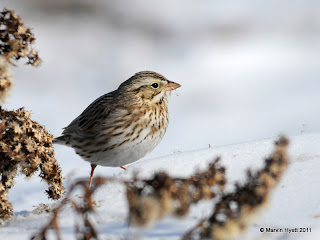 [Marvin Hyett had this Ipswich Savannah Sparrow at Forsythe NWR on Saturday, January 15.]
Posted by Don Freiday at 2:08 PM