Where to start, on what was a really magical Cape May day... The forecast didn't really seem too encouraging for today, though a westerly airflow overnight perhaps offered some respite from the recent tedium of birdless southerlies. But something happened overnight to change things dramatically. Rain came through, thunderstorms racked the area and we awoke to - birds! Warblers were hopping around my yard for the first time this fall - American Redstarts, Northern Waterthrushes, Northern Parulas, Black-and-white Warblers and Common Yellowthroats seemed to dominate, but there were flycatchers too. After a good look round, it was time to drop in on Higbee Beach and the good sign was that we didn't get past the first corner! A wonderful array of birds displayed itself before us - many more of those species already mentioned, but also a Philadelphia Vireo, three Scarlet Tanagers, four Yellow-bellied Flycatchers, a Worm-eating Warbler, Yellow-breasted Chat - and amazing numbers of Bobolinks flying overhead, with many of them dropping into the field. The day continued in the same vein around the CMBO Northwood Center, with Chestnut-sided Warblers joining the throng; Tony Leukering later found a 'Brewster's' Warbler, a hybrid between Blue-winged and Golden-winged Warblers and this bird found itself onto my office window list as a sort of half a bird! Many more warblers followed (including two Cape May Warblers in my own garden!) and soon the local birdwatching clan were out and scouring the streets. An impressive list of warbler species was amassed, Veeries and Red-eyed Vireos moved through the trees, flocks of Baltimore Orioles, Cedar Waxwings, a few Red-breasted Nuthatches, it was all happening.

But another story was just very slowly unfolding. I had seen three Common Nighthawks flying over at Higbee Beach in the early morning - nothing unusual there; Tom Reed reported 11 seen from the Hawkwatch - a little more interesting, but not that unusual; then Tom Johnson reported a flock of 91 Common Nighthawks seen flying south from Higbee Dike - much more interesting. Birders started reporting finding birds roosting in trees around Cape May Point. But it wasn't until late in the day that it really got interesting! Tiffany Kirsten set the bar very high indeed with a report of 131 nighthawks, gathering in the skies over the state park. Sounded awesome, but I was on my way into town to buy a few provisions. Checking the sky at the traffic light at Sunset and Broadway, there was clearly a whole bunch of birds moving by, high overhead. A quick scan gave a count of 160 nighthawks passing south around 6:15PM. This was something truly spectacular and Tom Johnson was on hand to provide the bigger picture - between 6:00 and 7:00PM, over Cape May Point State Park, he counted 1,202 Common Nighthawks - now that's Cape May Magic!! 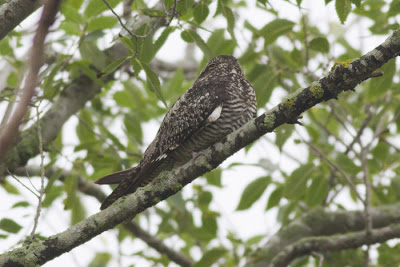 Common Nighthawks can be quite conspicuous when day-roosting in a tree... [photo by Sam Galick]. 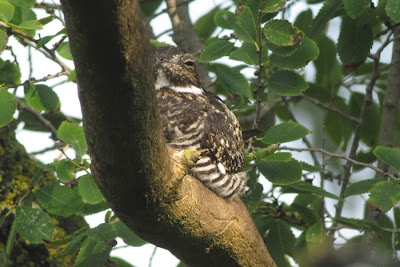 ...but sometimes they can be more sneaky! [Photo by Simon Gillings]

Some memories of a great day: 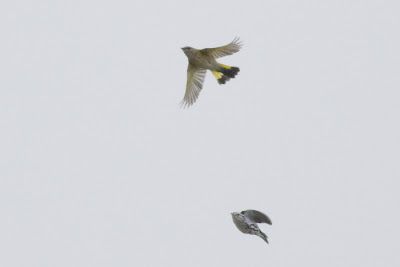 Higbee Dike produced some fine birding this morning, with American Redstarts and Black-and-white Warblers putting on a great show [photo by Sam Galick]. 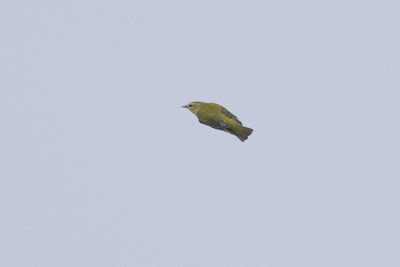 A Tennessee Warbler bounds past the dike and gets added to the tally [photo by Sam Galick]. 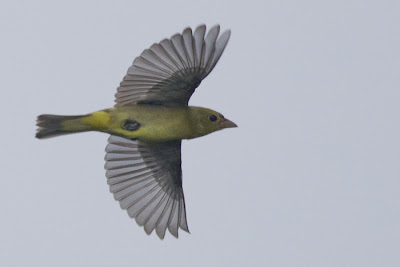 Another star at the dike today - a Scarlet Tanager [photo by Sam Galick]. 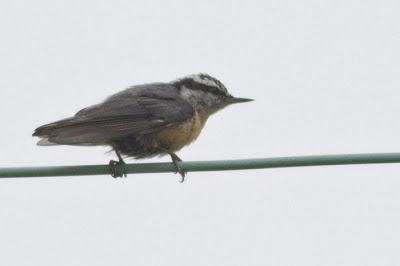 Red-breasted Nuthatches still trickle through Cape May Point - this bird looked a little out of place on an overhead wire! [Photo by Sam Galick] 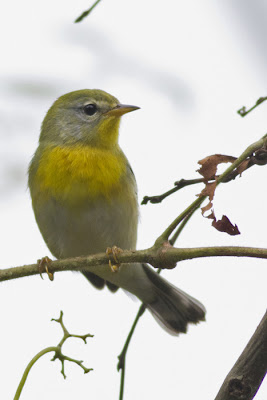 Looking a little worried! A Northern Parula ponders on where to go next... [photo by Sam Galick] 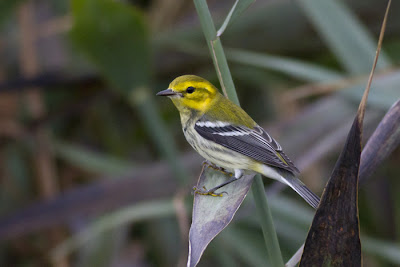