I couldn't think of a title for today's post so, since the birding was as amazing as yesterday...

Cape May Point State Park opened up its gates to the public again today and, though there weren't too many visitors, those birdwatchers that did venture into the park or anywhere else around the point, certainly had a fabulous day of birding. The onward flight of day migrants around the point was fabulous today; starting at daybreak, it was still under way at 11:30AM, some four and a half hours later. Michael O'Brien was engrossed in counting American Robins and Pine Siskins and I don't have the final tally yet, but I tallied Cedar Waxwings for a while and came up with a count of 3870, to which we have to add quite a number (perhaps 1500 or so) that had passed before I got involved with the counts. The usual mix of robins, blackbirds and finches passed through, as well as one or two warblers, including Blackpoll and Cape May Warblers. I also heard later of a Black-and-white Warbler at Higbee Beach this morning. Highlights in the finch flight at the point this morning were eight Red Crossbills and six White-winged Crossbills, with two more white-wings seen from the Hawkwatch. An Evening Grosbeak was heard but not seen. Raptors put on a great show today too, with Sharp-shinned Hawks being joined by a good flight of American Kestrels - over 50 at the Hawkwatch last I heard, and still counting. Two Golden Eagles came through together late morning and were noted from several locations around the point. At least three Cave Swallows were noted at the point today, while the Seawatch even had some landbird action with both Cave Swallow and White-winged Crossbill today.

A Cattle Egret flew past the point today, perhaps the one reported later in the day near Cape May Airport yesterday, and two Tundra Swans flew over the state park. This great flight looks set to continue over the next few days as we enter the period of the year that has a habit of turning up some unusual birds.

For an update on conditions at Brigantine NWR, take a look at the US Fish & Wildlife Flickr site. 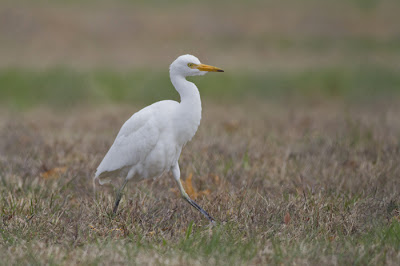 Reports of single Cattle Egrets have come from several places in the past few days; this individual was near Cape May Airport on 1st [photo by Sam Galick]. 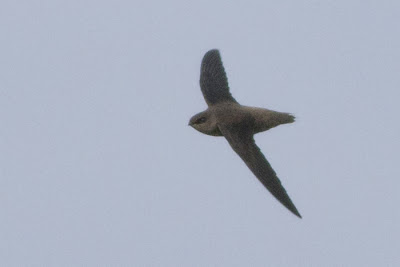 A small flurry of Chimney Swifts has passed through Cape May over the last two days, perhaps reorienting after having been caught up in the recent storms [photo by Sam Galick]. 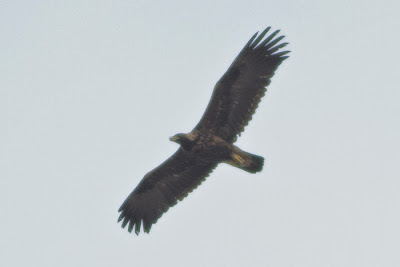 The first Golden Eagle of the season breezed through Cape May on 1st, being seen at several locations from Stevens Street southward [photo by Sam Galick].
Posted by Mike Crewe at 4:22 PM