Good birds continue to arrive in our area, with Tom Reed reporting a Black-headed Gull from the Hawkwatch yesterday. Though records for Cape May of this species span right through from August to April, most records seem typically to be in late winter/early spring and this bird may have been a late 'casualty' of Hurricane Sandy. Of similar interest came a belated report at the Northwood Center yesterday of a Sooty Tern, seen flying north along the beachfront in Cape May on 5th - we await further details but again, it is likely a straggler from the storm. Also belatedly, photos materialized of a Bell's Vireo, seen by visitng birders at Higbee beach on September 13th and 14th. A link between the Black-headed Gull and North Jersey comes in Sam Galick. Sam was in Mercer County on 8th and found a Northern Lapwing - always a spectacular bird to see. He drove down to Cape May to show his pictures to Tom Reed and promptly photographed the gull!! Some guys get all the luck! 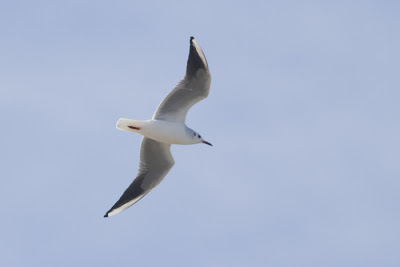 Black-headed Gull over the Cape May Hawkwatch - note the extensively dark underwing [photo by Sam Galick]. 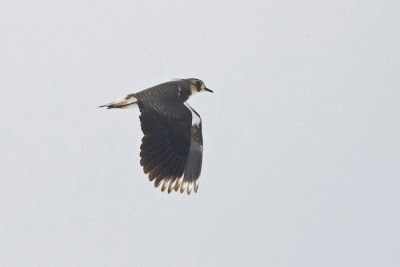 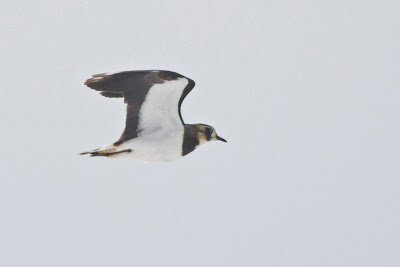 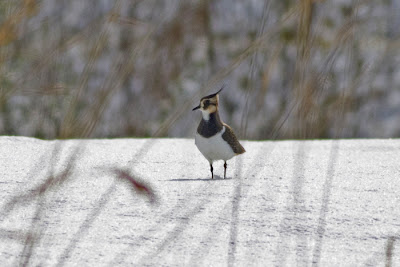 The Cape May Point dunes continue to provide a major flightline for passage migrants and, though this morning saw a definite drop in numbers, there was still much to enjoy. Highlight was the two Western Kingbirds seen at various locations, though neither bird settled. Scott Whittle reported a Snow Bunting on one of the stone jetties at St Mary's and there was a good flight of American Pipits and Eastern Bluebirds taking place. A White-winged Scoter continues to hang out around the jetties off Coral Avenue. A scattering of Snow Bunting reports have been received from coastal locations over the past few days and one or two Cave Swallows continue to move past the Avalon Seawatch

Backyard feeders continue to support good numbers of Pine Siskins and Purple Finches and several local birders are reporting encounters with Evening Grosbeaks, though they don't seem to be hanging around for long. Perhaps most accessible was one at Bill and Eddie Schul's feeder on the corner of Cambridge and Coral at Cape May Point yesterday, though there has so far been no sighting of it there today. Other feeder surprises include a male Yellow-headed Blackbird at CMBO's Goshen Center and an American Tree Sparrow on Seagrove Avenue on 7th and a female Dickcissel in Cape May. 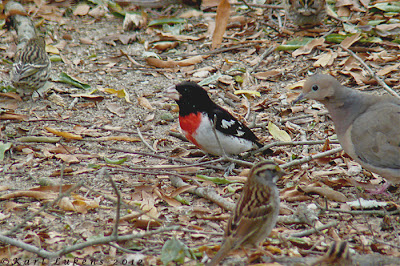 Exciting feeder birds may not be rare, just unexpected - such as this adult male Rose-breasted Grosbeak still in glorious breeding plumage at Karl Lukens' feeder this week [photo by Karl Lukens].
Posted by Mike Crewe at 10:46 AM