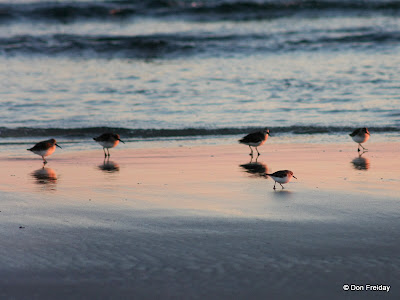 Hard to believe it's the last day of the hawkwatch. Doug Gochfeld and I were talking about the season as we watched the non-flight this morning (southeast winds). This season had it all, it seems, everything Cape May is known for - huge Monarch migration, several major and one epic passerine flight, a great hawk migration (47,537 raptors were counted as of yesterday), a record Red-throated Loon day at the seawatch. We'll have tales to tell in the 2011 Pergrine Observer, that's for sure.

The bird of today was Fox Sparrow, at least for me. At one point I had 7 in one tree at Hidden Valley, and laid eyes on at least 40 all told, a few of which were singing and many of which gave their distinctive, high-pitched seep.

Sunday at Stone Harbor I had a dozen shorebird species, not bad for late November: Black-bellied Plover, Semipalmated Plover, American Oystercatcher, Greater Yellowlegs, "Western" Willet, Marbled Godwit, Ruddy Turnstone, Sanderling, Western Sandpiper, Purple Sandpiper, Dunlin, and dowitcher "sp." Most of these were at Stone Harbor Point, on the beach or jetties not so far up and down from the access at the Second Avenue parking lot. 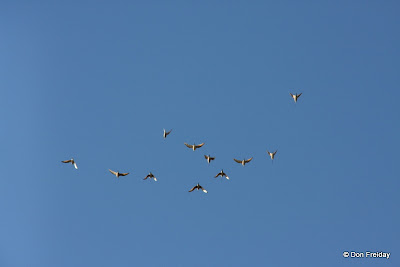 [These 11 Marbled Godwits seemed not to be local, flying high and due south over Stone Harbor Sunday.] 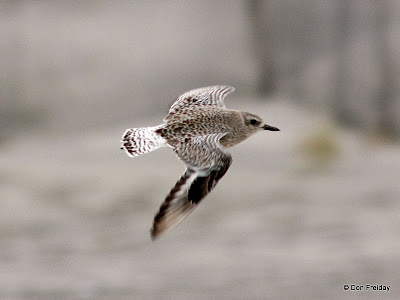 [Somebody was asking me about telling Black-bellied Plover from American Golden-plover the other day.  The issue disappears with flying or spread-wing views. Black-bellieds famously have black "armpits," not visible here, but also have white rumps and obvious wing stripes while goldens are plain above. Beware juvenile Black-bellies, like this one at Stone Harbor Sunday, which can be every bit as spangled and golden as a golden-plover.] 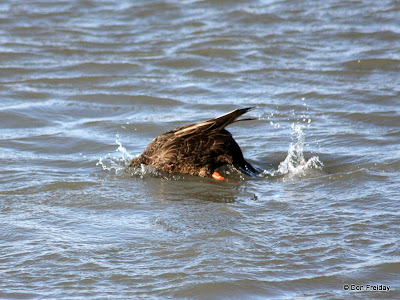 [The next "mystery bird." Photographed in NJ on Saturday.]
Posted by Don Freiday at 2:15 PM