This summer we tried a new idea - adventures off the beaten track around Belleplain State Forest. It's certainly been great fun and, though the birding has been quiet during the sultry days of summer, there has been an amazing array of other wildlife to enjoy as we've explored meadows, swamps, lakes, woods and even roadsides (and not forgetting that wonderful moth light of course!). With just two more Sunday morning walks to go, you just have time to get in on the fun before birding down at Cape May Point really gets serious! Here's what we were up to last week. 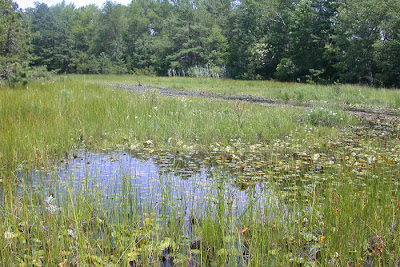 On one or two occasions, conditions have been right for us to get into some fabulous wetland areas around Belleplain; such fragile wildlife communities have to be treated with care so as not to damage them, but there's some great wildlife there if you are careful [photo by Mike Crewe]. 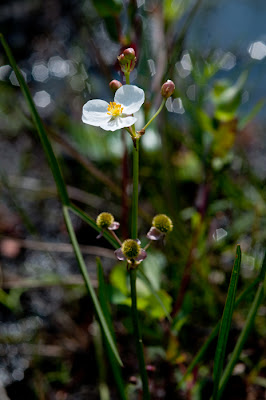 Though generally widespread and common, arrowheads are declining in Cape May County due to loss of good freshwater habitat. Engelmann's Arrowhead is the commonest species here [photo by Hugh Simmons]. 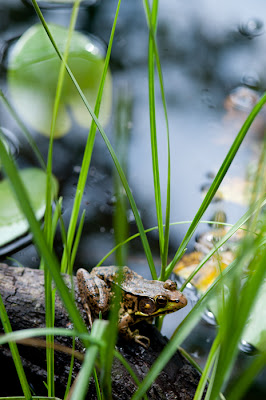 The subtleties of wetland habitats allow for some attractive wildlife photography with a little care. Hugh Simmons photographed this Southern Leopard Frog on last Sunday's walk. 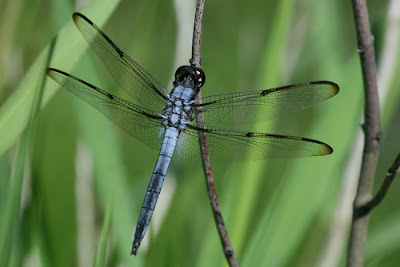 The 'blue' skimmers of Cape May can be tricky to identify at times, but when they settle right next to you, things get easier! This male Bar-winged Skimmer shows off the subtle dark bar on the leading edge of the forewing that gives it its English name [photo by Mike Crewe]. 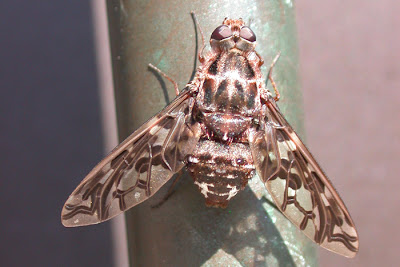 It's fair to say that a little nervousness hit the group when Tiger Bee Flies showed up and hovered around us. They are not harmful to us Humans, but carpenter bees need to watch out since these guys larvae are parasitic on the larval and pupal stages of carpenter bees [photo by Mike Cewe]. 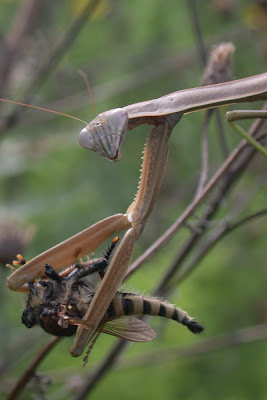 And talking of being parasitic! Robber flies are used to getting their own way in the insect world as they are quite large and spend their time hunting down smaller insects. However, this one has fallen prey itself to a Chinese Mantis. This is a large mantis species which is capable of eating many things that our native mantis wouldn't be able to cope with. Sadly, people are encouraged to release this non-native species into the environment, where it does unknown damage to native insect populations [photo by Mike Crewe]. 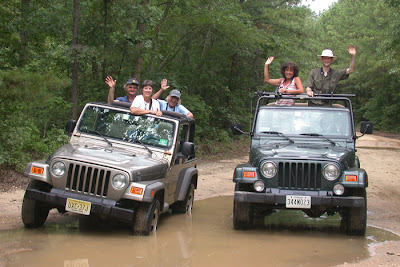 So how do we get to some of the far flung corners of Belleplain? Well, when the group is small enough and the vehicles are tough enough... [photo by Mike Crewe].

See you at the next Belleplain Wildlife walk, Sundays through August at 10:30AM.
Posted by Mike Crewe at 11:11 AM