Birding doesn't stop at the beach...

Just last Saturday, the Cape May birding community was buzzing over the amazing haul of seabirds seen close to our waters. Here, trip organizer Paul Guris of See Life Paulagics gives us the low-down - and invites you take part in the next offshore adventure - which sails from Cape May...

Pelagic birding has been referred to as the last frontier in birding in North America as well as elsewhere.  There is a vast amount of knowledge about the occurrence and movements of birds throughout the continent but there are huge gaps in our pelagic knowledge.  For example, it is only in the past decade that we've discovered how regular Dovekies are off our coasts, and exactly what we have to do to find them. Much of this has to do with the expense and effort required to go pelagic birding, so every trip ends up being a bit of a learning experience.

All of that being said two nearby pelagic trips out of Lewes, DE and Hyannis, MA were both separately described as "epic".  Let me retype that.  "EPIC!!!"  Rarities and numbers were off the charts.

The trip out of Lewes, DE started less than 90 miles southeast from Cape May, NJ, though we were "officially" in Maryland pelagic waters.  Highlights included:

(128) Band-rumped Storm-Petrel
This total is just insane outside of the Outer Banks, NC.  Just 10% of this count would have set a new high count for the state.

Toss in an Arctic Tern in MD as well as a juvenile Long-tailed Jaeger and an adult Bridled Tern even closer in DE waters and you have the makings for the best summer trip I've ever been on in the Mid-Atlantic.  We also tallied numbers of the more expected Cory's, Great, and Audubon's Shearwaters, Wilson's Storm-Petrel, and Red-neck Phalarope as well as one sneaky Manx Shearwater that I photographed when it flew through my camera's field of view but never got a chance to actually ID.

On the same weekend, the trip out of Hyannis also hit it out of the park by tallying 2 Barolo's (formerly Little) Shearwaters, a Red-billed Tropicbird, 7 White-faced Storm-Petrels, 9 Band-rumped Storm-Petrels, dozens of Leach's Storm-Petrels, as well as the more expected species.

So what has brought us this bounty of rare pelagic birds?  Well it can be tough to say exactly what is happening at sea, but several factors seem to currently be in our favor.  First, the Gulf Stream influence seems to be reasonably close to our shores.  Not close enough to easily reach the stream itself on a one day trip, but close enough.  Second, our weather pattern has seen nearly two weeks of systems pumping up storms from our south.  And finally, we had several days of east winds.

So what does this mean for the near future?  Well we plan to find out.  Our next pelagic is scheduled to sail from Wildwood Crest, out of the Cape May inlet, and out roughly 100 miles off the edge of the Continental Shelf where the water is over 1,000 fathoms (6,000 feet) deep to see if we can find some of these goodies again.  A trip last September on this same boat found multiple Bridled Terns, Long-tailed Jaeger, and some of the more expected species.  If you're interested in joining us or want more information, drop us a line at info@paulagics.com or call us at 215-234-6805.

Personally, I can't wait to visit the birding frontier again!

All photos below are courtesy of Paul Guris and are from last Saturday's trip out of Lewes, Delaware - enjoy! 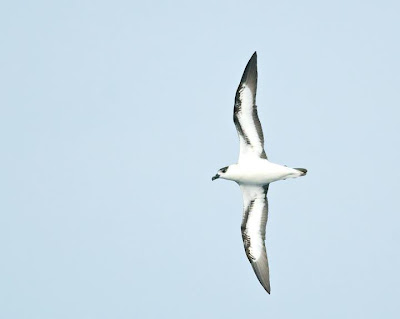 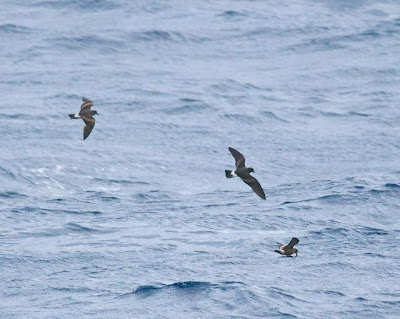 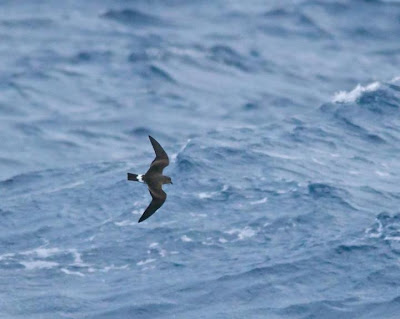 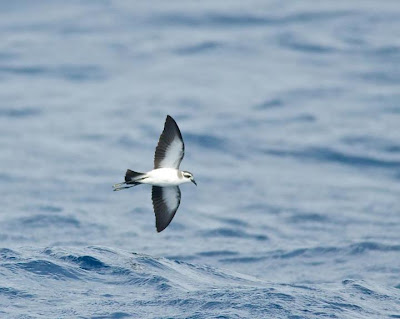 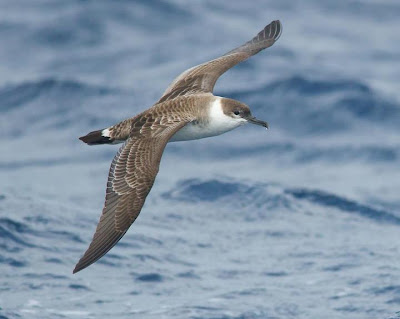 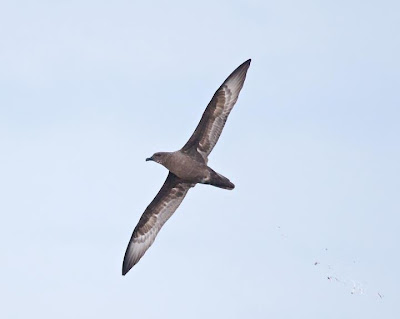