Unlike the die-hards noted in Don's post (below), I waited until the fog lifted and the air warmed up a tad before heading out to Villas WMA to see what was in the offing there. As Don et al. found, nothing much new present and the hordes of Golden-crowned Kinglets I saw there yesterday had thinned out a bit. Though I saw my first Villas Osprey of the year today, the highlight for me was my first-of-season ground-foraging flock of Pine Warblers. It seems that early migrants of this species are prone to foraging on the ground at this time of year (perhaps insect numbers in the trees are still low), but I generally see them doing it when in flocks; I don't know that I've ever seen a solitary bird do that in spring.

While I certainly enjoy seeing Pine Warblers without having to break my neck, even better is that they're a lot easier to photograph when they're on or near the ground. I watched one male (of the flock of two males and one female) alternate foraging and singing, all amongst the grass and detritus on the lawn area in the NE corner, not far from the parking lot. 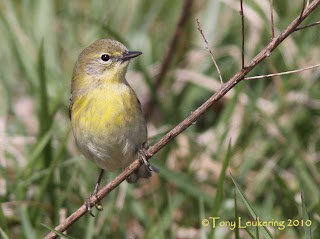 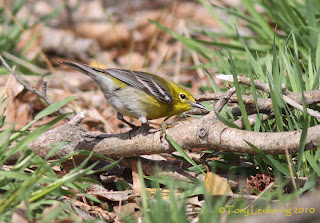 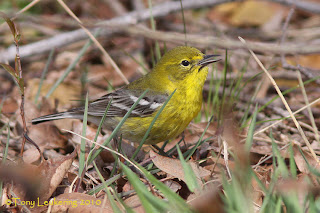 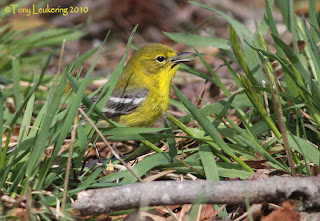 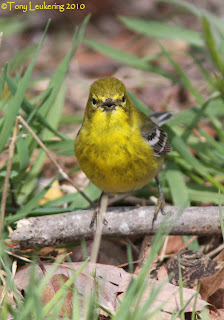 Posted by Tony Leukering at 1:09 PM